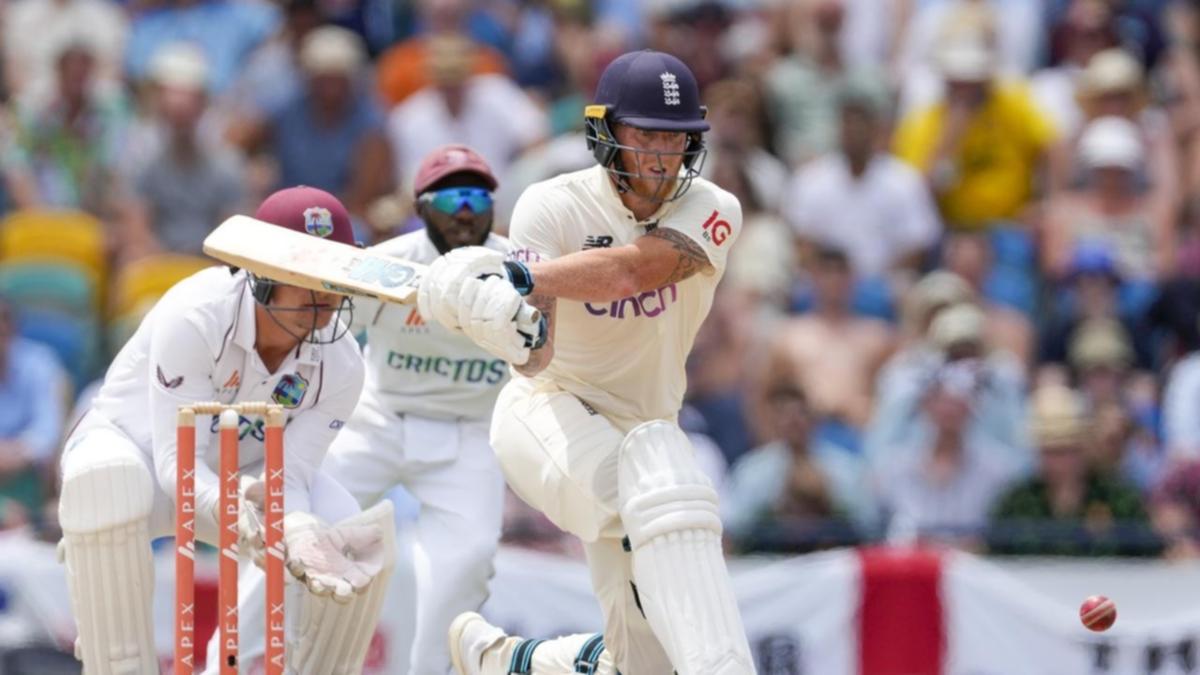 England’s rampaging Ben Stokes has returned to his dazzling best while mauling the West Indies attack in the second Test in Barbados.

The brilliant allrounder smashed West Indies spinner Veerasammy Permaul and fast bowler Alzarri Joseph all around the ground to move within sight of his century as the tourists took an iron grip on Thursday.

After a cautious start to the day against the second new ball, Stokes switched into his best Twenty20 mode on day two at Kensington Oval, scoring at more than two runs a ball for much of the opening session.

Almost before the pro-England crowd had rubbed the sleep from their eyes, the visitors had scored 125 runs without losing a wicket to advance to 3-369 by lunch.

Stokes was on 89, off just 92 balls, which included four sixes and 11 fours, while first day century-maker Joe Root was still going strong in a support role on 151.

Root happily ceded the spotlight to Stokes, who brought up his half century with his second towering six off Permaul, before giving Alzarri equally harsh treatment.

Stokes at one stage smashed Joseph’s efforts for three consecutive boundaries, before hoisting a six back over the bowler’s head, making it 20 runs in all from the over.

The allrounder advanced from 23 to 89 in just 37 balls and West Indies captain Kraigg Brathwaite waited too long to stem the tide.

He eventually threw the ball just before lunch to wily Jason Holder, who sent down a series of slow deliveries that put the brakes on the scoring.

Brathwaite then brought himself in for a tidy final over before lunch, although the damage had already been done.

The session all but eliminated West Indies from any realistic chance of winning the Test, an England win or a draw being the most likely outcomes.