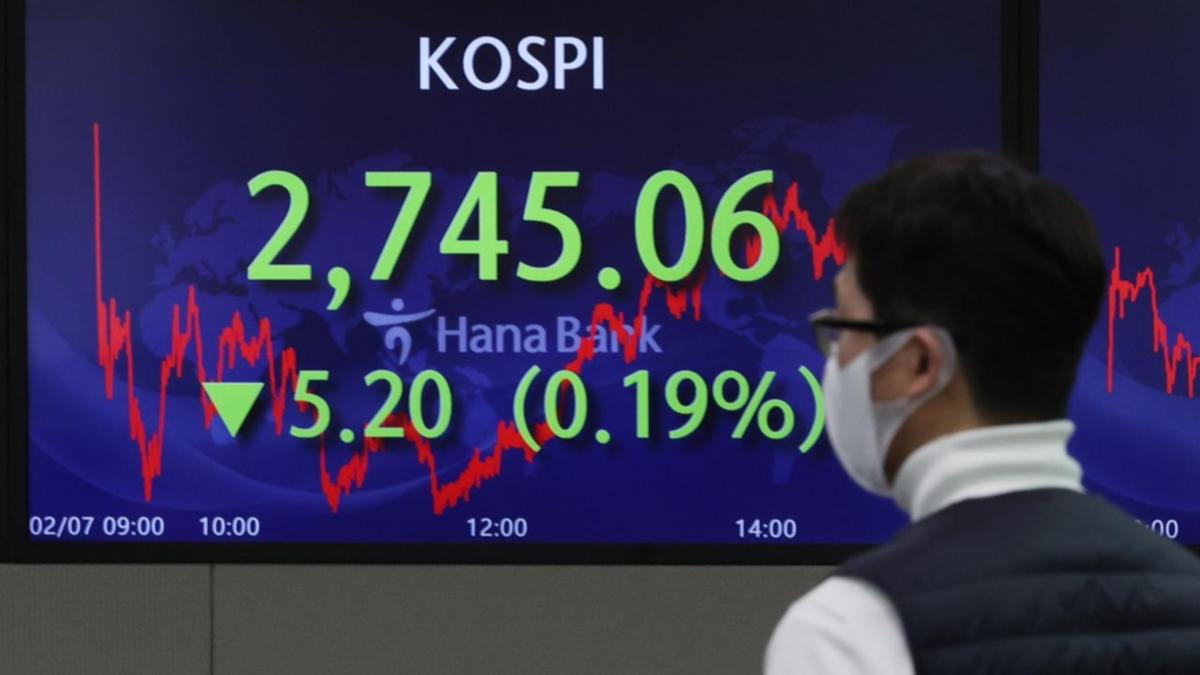 Global stocks and the US dollar have steadied after unexpectedly strong US jobs data soothed concerns about the global economy, though diplomatic tensions remained a worry as the White House warned Russia could invade Ukraine any day.

The January payrolls report on Friday showed annual growth in average hourly earnings climbed to 5.7 per cent, from 4.9 per cent, while payrolls for prior months were revised up by 709,000 to radically change the trend in hiring.

The data added to the risk of aggressive rate rises by the Federal Reserve, however, and markets are also pricing in tightening in Britain and the euro zone.

“The most dominant thing is still central banks and the tightening we see there, that has led to the volatility,” said Matthias Scheiber, global head of portfolio management at Allspring Global Investments.

“The labour data looked good, that basically saved the market.”

The euro was down 0.05 per cent at $1.1441, having shot up 2.7 per cent last week in its best performance since early 2020 as markets brought forward the likely timing of a first euro zone rate rise.

ECB policymaker Martins Kazaks pushed back against market expectations for a rate hike as soon as July in an interview with Reuters. He said the bank could end its stimulus program earlier than planned but it was unlikely to raise its main interest rate so quickly.

Klaas Knot, the Dutch Central Bank President and a member of the ECB’s governing council, said on Sunday he expects a hike in the fourth quarter of this year.

The Russian rouble recovered to a three-week high against the dollar as French President Emmanuel Macron travelled to Moscow, seeking commitments from Russian President Vladimir Putin to dial down tensions with Ukraine, where Western leaders fear the Kremlin plans an invasion.

“The (jobs) report not only indicated that payrolls were way more than anyone could have imagined, but there was exceptional strength in earnings which has to add growing concern among Fed officials about upward pressure on inflation,” said Kevin Cummins, chief US economist at NatWest Markets.

Consumer price figures for January are due on Thursday and could show core inflation accelerating to the fastest pace since 1982 at 5.9 per cent.

As a result, markets moved to price in a one-in-three chance the Fed might hike by a full 50 basis points in March and the prospect of rates reaching 1.5 per cent by year end.

Oil prices bounced around in see-saw trading, with some investors taking profits after signs of progress in US-Iran nuclear talks while others remained bullish, bolstered by rising consumption amid ongoing supply constraints.

China returned from the Lunar New Year break with jumps in equities and commodities, with the blue-chip CSI300 and Shanghai Composite both up 1.54 per cent and 2 per cent respectively and metals and iron ore rallying in Shanghai.

Hong Kong’s Hang Seng, which returned from the break on Friday, was little changed.