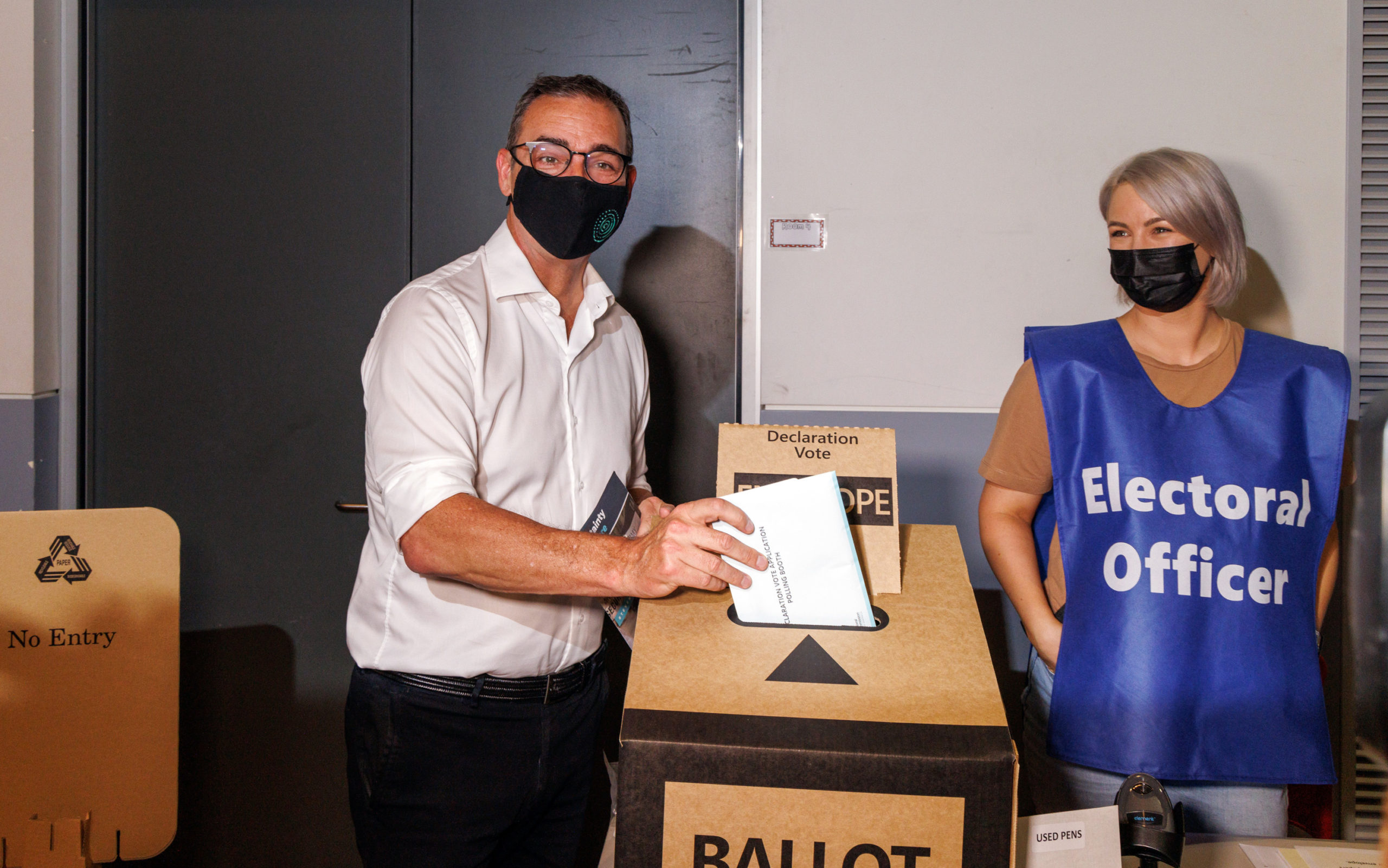 Refresh this page for updates

12:55pm: After long queues were reported in some seats this morning, it looks like wait times have settled down. At the central Mt Barker polling place mid-morning, voters were waiting 30 minutes to vote in the seat of Kavel, where former Liberal Dan Cregan is hoping to hold onto his seat as an independent.

You can find your local booth and wait times (for some of them, at least) on this page from the Electoral Commission.

12.30pm: It’s been a busy morning of voting as South Australians who haven’t yet cast their ballot come out in force to select the state’s government. About one million people will vote today, while 300,000 have cast an early ballot or applied for a postal vote.

Opposition leader Peter Malinauskas and Premier Steven Marshall have both voted in their electorates – directly across town from each other – with the knowledge that a final poll has Labor as warm favourites to win the popular vote.

Whether that translates into marginal seat gains for Labor is the key question.

Malinauskas was out early on Saturday to cast his own ballot and greet voters at a school in his safe seat of Croydon.

“You only get one chance to rebuild from the global pandemic,” he said.

“South Australia has a really clear choice today. A choice between a government that seems to be at war with itself or a fresh united team with a clear vision for the future of our state.”

The premier voted mid-morning in his eastern suburbs seat of Dunstan and said the poll was about who people trusted to give them certainty.

“I’m very confident that the people of South Australia will vote in their own interests and have a continuing Liberal government,” he said.

Marshall said he wasn’t concerned about opinion polls and expected to have a clear indication of the result before the night was out.

A Newspoll in today’s The Australian newspaper shows Labor leading the Liberals 54-46 on a two-party preferred basis.

Long lines at polling booths in Littlehampton and Nairne in the seat of Kavel. This will be one to watch…if re-elected, former Liberal turned Independent Dan Cregan could be a kingmaker in the event of a hung parliament #SAvotes @10NewsFirstAdl pic.twitter.com/IXr9LBTePW