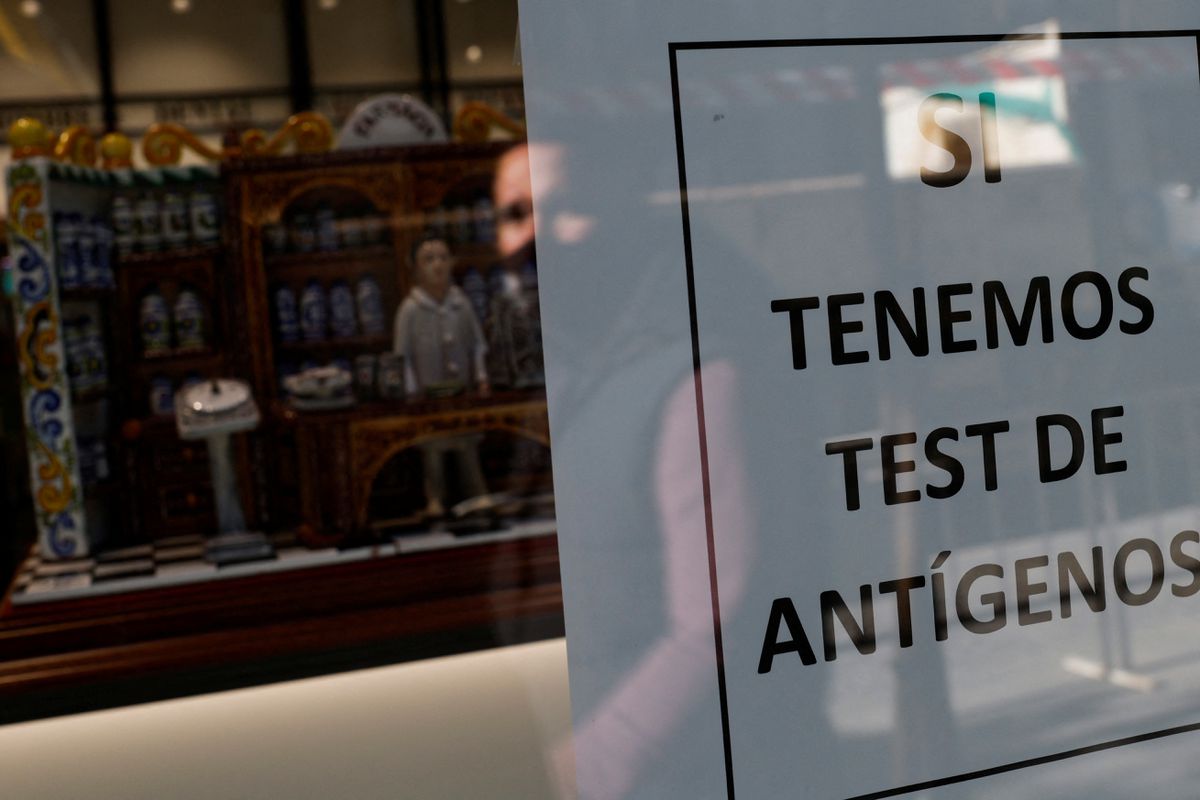 Antigen tests for coronavirus will have a maximum retail sale price of €2.94 in Spain. The new limit brings Spain closer to countries that allow supermarkets to sell these home kits, such as Germany or Portugal. But despite calls by opposition parties and consumer groups for Spain to do the same, antigen tests will only be available in pharmacies as they have until now.

The price cap was agreed to on Thursday by the Interministerial Committee of Medicine Prices (CIPM), although it will not go into effect until Saturday, a day after its expected publication in the Official State Gazette (BOE).

The Spanish government had been planning to set a limit on test prices after a surge in infections triggered a spike in demand over the Christmas holidays, when pharmacies ran out of stock and price tags for a single test reached as much as €10 or €12 in some cases. Prices have dropped considerably since then, to around €5.

In order to determine what the upper price limit should be, the committee analyzed the sale prices of pharmacy distributors, the usual profit margin of healthcare products, and retail prices for consumers both in Spain and neighboring countries. “The main goal was to set a price as affordable as possible while finding a balance so that the product will be available through pharmaceutical channels,” said Health Minister Carolina Darias, adding it is unlikely that Spain will experience another shortage of tests despite the high transmission figures fueled by the omicron variant.

Pharmaceutical industry leaders applauded the government’s decision to keep antigen tests from being sold outside pharmacies. “Even though the price limit means that most pharmacies will sell the tests at below their acquisition cost, pharmacists have always prioritized the health of their patients,” said Jesús Aguilar, president of the General Council of Pharmacy Associations (CGCOF).

Price caps on tests have already been introduced in some other European countries. France has set a ceiling of €6.01. In Portugal, the limit is 15% over the cost price. Germany, Belgium, the Netherlands and Italy have not established a maximum price.

But in some of these countries, consumers can choose to buy their tests at a supermarket, where prices are cheaper than at pharmacies. In Germany, a box containing five antigen tests costs €10.99 at Lidl supermarkets. That is €2.20 per test. And in France, Carrefour superstores are selling packs of five for €9.75, which comes out to €1.95 per test. In Portugal, Mercadona (a Spanish supermarket chain) offers antigen tests for €2.10 each.

On Wednesday, testimony from a Portuguese pharmacy employee went viral on Twitter. In a video interview, she explained that many Spaniards are crossing the border to buy antigen tests in Portugal, especially at supermarkets.

There is no single reason to explain why antigen tests have until now been significantly more expensive in Spain than they are in Portugal, France or in the United Kingdom, where it is possible to order free packs in certain circumstances.

“It’s a free market, it depends on a lot of factors,” said a spokesperson for the Federation of Pharmaceutical Distributors (Fedifar). This source said that those countries have “very well established” distribution channels for antigen tests, more so than in Spain. “These countries had been selling antigen tests at pharmacies for months before Spain did [in July 2021] and they have more open channels with the main manufacturing country, China. That makes things easier.”

Jaume Pey, director general of the Association for Health Self-Care (ANEFP), offered another explanation. “In other countries the price is lower because they have their own manufacturers, like Germany for instance. That doesn’t happen in Spain,” he said.

For now, the Spanish government is not contemplating the possibility of letting supermarkets sell antigen tests. Prime Minister Pedro Sánchez, of the Socialist Party (PSOE), mentioned the issue on Tuesday in an interview with the Cadena SER radio network. “I have read criticism about the fact that antigen tests are not being sold at supermarkets. Spain has chosen pharmacies to support the antigen test strategy,” he said.

But the National Association of Large Distribution Companies (Anged), which represents the department store El Corte Inglés and the Carrefour superstores among others, asked for permission to sell tests in a letter sent to health authorities in late December. “This measure has been successfully adopted in other European countries such as Germany, France, the Netherlands and Portugal. This way we could achieve easier and faster access to millions of antigen tests, and on the other hand speculative movements could be avoided, making prices more affordable and competitive,” read the letter.

This kind of speculation was on display during the Christmas holidays, when supplies were low. “Now that there are no more problems, that pharmacies have all the necessary antigen tests, we can trust market laws. It’s the market itself that drives prices down the most,” said Pey, illustrating his point with the case of face masks, where a price cap of €0.96 was set, which fell to €0.62 due to lower value added tax (IVA). “These days nobody can sell them at that price, they are cheaper.”

Why didn’t the Spanish government introduce a price cap on antigen tests last month, when they were selling for €10 and over? The government spokesperson, Isabel Rodríguez, provided an explanation at the news conference following the Cabinet meeting on Tuesday. “There was tension in the market – between December 13 and 26, there were 11.2 million tests sold in Spain, representing more than half of the 20.4 million sold since July,” she said. “The government, hand in hand with pharmaceutical distributors and associations, guaranteed supply. Now supply is guaranteed and we are going to set maximum prices. If supply was not guaranteed, we could not set the prices.”

Industry groups and consumer associations said the move comes late, but is welcome nevertheless. “It will help end a situation that we have repeatedly reported, where pharmacists have been the victims due to excessive price hikes and market tension created by parties outside pharmaceutical channels,” said the General Council of Pharmacy in a release.