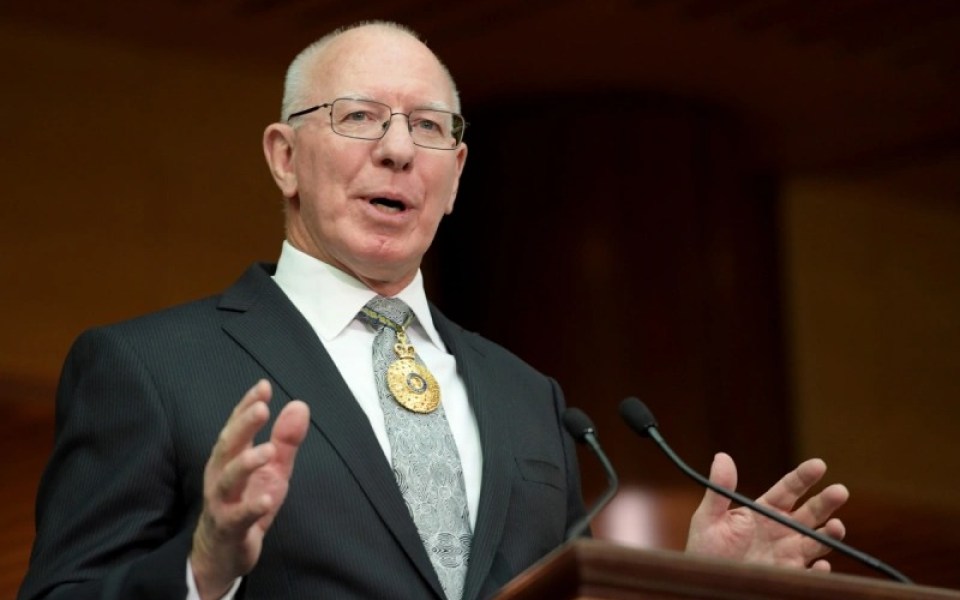 This is a story about a story that nobody else seems to think is a story.

The Canberra Vice-Regal round is not my usual beat, so I’ve been waiting for a week to see who in the media closer to Yarralumla would follow up information that might suggest Senate Estimates had not been fully informed about the relationship between the Governor-General, the official secretary to the Governor-General and the chap who apparently has single-handedly managed to invent out of thin air a charity that is set to receive $18 million from the federal government.

But the expected follow-up has failed to happen. Given the attention span of the news cycle, if it hasn’t happened after a week, it’s not going to happen.

Yes, yes, I know, there’s been a bit going on, but it’s almost as if there’s fear of a charge of lèse-majesté for further examination of the relationship between the Governor-General’s Australian Future Leaders Foundation.

There was fine reporting by the ABC’s Stephanie Borys back in April when questions started to be raised in Senate Estimates about the role of G-G David Hurley in talking the Morrison government into gifting millions of dollars and granting tax-deductible status to a charity with no office or staff.

It is doubtful if attempts by then-finance minister Simon Birmingham to officially justify the expenditure would help anyone with a working knowledge of the English language.

On August 24, someone with detailed knowledge of government’s labyrinthine accounting requirements reported for Michael West Media on the funding being put together, in light of the performance of the Governor-General while Mr Morrison was collecting secret ministries.

In the financial fine print required for handing out millions of dollars in response to lobbying by the G-G and his secretary, the finance minister’s explanatory statement more than once said the program was “an initiative of the Department of the Prime Minister and Cabinet in consultation with the Office of the Official Secretary of the Governor-General”.

“The program’s overall objective is to develop a group of nationally-minded multisector leaders who are better connected and impactful, and who jointly share a commitment to the future of Australia, its values and national interest,” the statement said.

The statement runs on in similar vein about establishing what seems to be a networking club, initially of 120 select individuals that will somehow “complement the government’s economic recovery plan and will catalyse societal cohesion, fairness and focus on the national interest, issues and opportunities” – whatever that all means.

If you were to form the opinion that this is all a bit rich, I’d be with you, but wouldn’t we all love to catalyse a little societal cohesion given the chance?

Two days after the Michael West Media story, “citizen journalist” Ronni Salt published a Twitter thread as a matter of public interest demonstrating the closeness of the relationship between David Hurley and the executive director, prime mover, instigator and sole employee of the societal cohesion catalyser, one Chris Hartley.

She also cited a statement from the G-G and Senate Estimates, evidence from which “a reasonable person would surmise the Governor-General had met Chris Hartley in June 2020, had not had that much to do with Mr Hartley”.

“The Governor-General does not have a relationship with Mr Hartley (other than discussions about the Australian Future Leaders Program and briefly meeting in 2019 around the 100th anniversary of the Peace Rowing Regatta),” the G-G’s media statement states.

“There is no existing relationship,” the G-G’s official secretary, Paul Singer, told Estimates.

Prior to that in Estimates:

Mr Singer: I think the Governor-General may have had a tangential, peripheral relationship with him through other means in the past – for example, through a central rowing regatta for the King’s Cup in the UK.

Ms Salt – at pains to point out there is no suggestion of any wrongdoing on the part of Mr Hartley and his “admirable charitable work” – proceeded on Twitter to demonstrate via publicly available sources that David Hurley and Chris Hartley seemed to have met quite often on various occasions, often related to their shared interest in rowing.

And since 2020, David Hurley and Chris Hartley have had multiple meetings to discuss what Mr Hartley bills as the Governor-General’s Australian Future Leaders Program.

It is possible Senate Estimates might not have appreciated all that.

As Ms Salt reported, Mr Singer did answer the question if he knew Mr Hartley. “He may not have had the chance to say he did indeed know Chris Hartley,” she tweeted. That can happen during Estimates questioning.

Mr Hartley and Mr Singer are both alumni of the Commonwealth Studies Conference – a leadership forum.

It is interesting that Estimates might not have understood the full picture. There are a few days left for the Senate to disallow the funding, if it wants to, if it doesn’t fear a charge of lèse-majesté.

But Ms Salt’s research and reporting is known only to those who follow her on Twitter. As stated at the outset, this is a story about a story that nobody else seems to think is a story worth reporting.

As for the G-G, it’s almost as if he’s a bit accident prone.