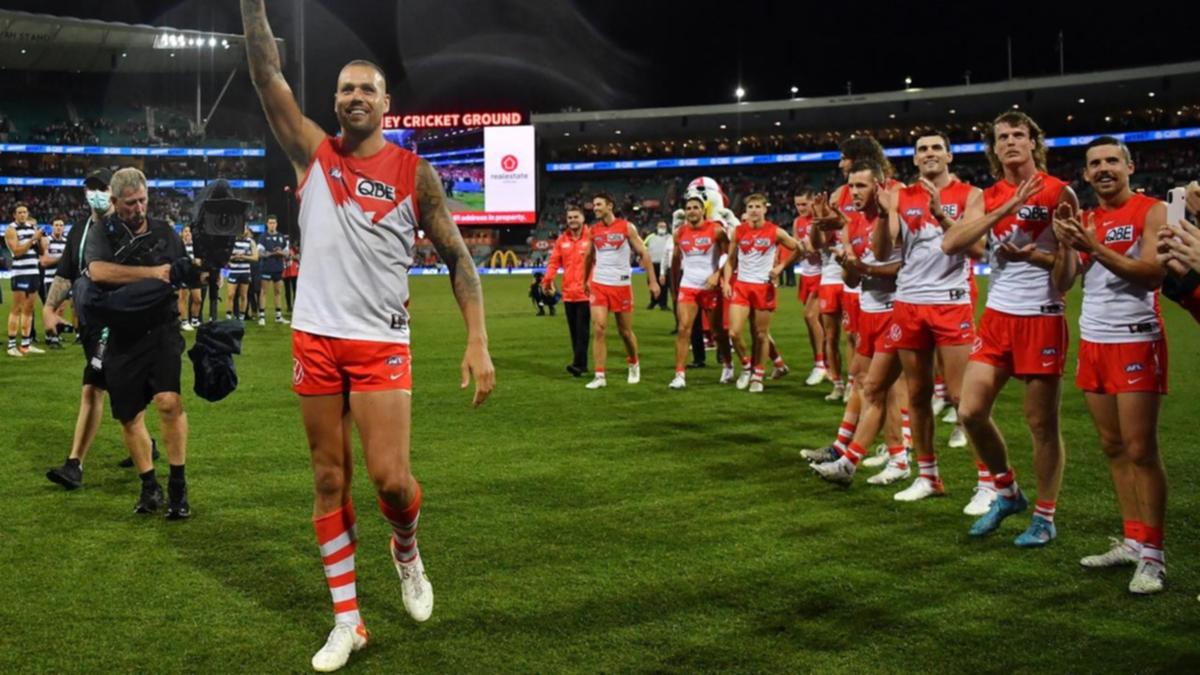 THEY SAID IT: “That was quite weird … I was calling it the ‘reverse Buddy’. I’ve never been in a stadium where that’s happened before and I must admit there was all sorts of things going on, wondering what we were going to do.” – Collingwood coach Craig McRae after an evacuation alarm sounded at the MCG. Fans headed for the exits before officials confirmed it was, in fact, a false alarm caused by a small fire in one of the venue’s food outlets.

PLAYER OF THE ROUND: North Melbourne would have been a laughing stock if they had lost to the COVID-ravaged Eagles on Sunday. But Nick Larkey’s six goals ensured they escaped with a 15-point win.

KEY MOMENT: Buddy Franklin’s 1000th career goal is something that will be etched in the memory of footy fans forever. Thousands of fans streamed onto the SCG after Franklin’s fourth goal against Geelong sailed through. It was a magical moment, and a player reaching the 1000 mark may never happen again given the trend towards lower scoring.

TALKING POINTS: West Coast were brave in their loss to North Melbourne. But with 12 players ruled out through COVID-19 protocols, some were questioning the integrity of the AFL for allowing the match to go ahead. Most other clubs already experienced a wave of COVID cases during the pre-season, but Fremantle are in grave danger of suffering West Coast’s fate in the coming weeks given the spike of cases in WA.

STATS THAT MATTER: Port had 73 more disposals, 25 more clearances and a dozen more inside 50s than Hawthorn, yet still lost by 64 points.

TRIBUNAL WATCH: West Coast goalsneak Willie Rioli could be in strife for a tackle that concussed North Melbourne’s Luke Davies-Uniacke. Rioli pinned Davies-Uniacke’s arms in the tackle, but the incident looked unlucky rather than malicious. It comes just days after Rioli had a one-match ban overturned for his mid-air collision while Gold Coast’s Matt Rowell was attempting a mark.

WHAT’S NEXT: Round three kicks off with the Western Bulldogs hosting Sydney at Marvel Stadium on Thursday night. Adelaide face off against Port Adelaide in a Friday night derby, while arch rivals West Coast and Fremantle lock horns on Sunday. Carlton and Hawthorn will be aiming to continue their unbeaten start to the season when they clash at the MCG on Sunday.