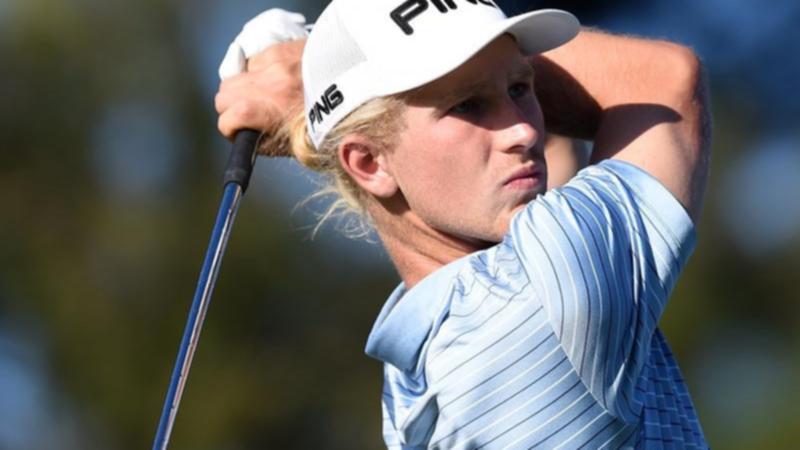 Australian Travis Smyth has become a golfing millionaire in just one week after cashing in on the untold riches that controversial Saudi Arabian petrodollars are pumping into the game.

The Shellharbour, NSW professional, who’s been battling to make a living mainly on the Asian tour, was the one Australian above all who ended up hitting the jackpot at the inaugural Greg Norman-fronted LIV Invitational series event at St Albans, north of London.

Following on from his previous weekend’s breakthrough in the Asian Tour’s International Series event – also in England and similarly funded by Saudi money – Smyth left the Centurion Club on Saturday night, having earned $US741,000 ($A1.1 million) in just seven days.

So in just two tournaments, the 27-year-old, who’s been a professional for five years, has effectively more than doubled his career earnings in the space of seven days.

Prior to his second-placed finish in the International Series event which finished at Slaley Hall the previous Sunday, Smyth had won $US32,000 ($A45,000) all season on the Asian tour.

But his second-placed finish at Slaley Hall netted him $US220,000 ($A312,000) alone, four times as much as he’d ever won in an event before, and earned him entry to the real Aladdin’s cave – the LIV Golf launch event.

At Centurion, Smyth may have had an ordinary week, shooting 10-over par for the three rounds to finish joint 33rd among the 48 players, yet that was still enough to earn him an extraordinary $US146,000 ($A207,000).

But his real stroke of luck was to finish second in the team event, carried largely by three players – Peter Uihlien, Richard Bland and Phachara Khongwatmai – who all outperformed him.

“I feel like I deserve it,” Smyth had said before the tournament began, as he pondered the prospect of his mega pay-day.

“I’ve worked my butt off and now I’m here. I don’t know if it’s life changing, and you would want to hope it doesn’t change you as a person – but it’s definitely going to help financially.”

Five other Australians earned monster pay cheques from Centurion too.