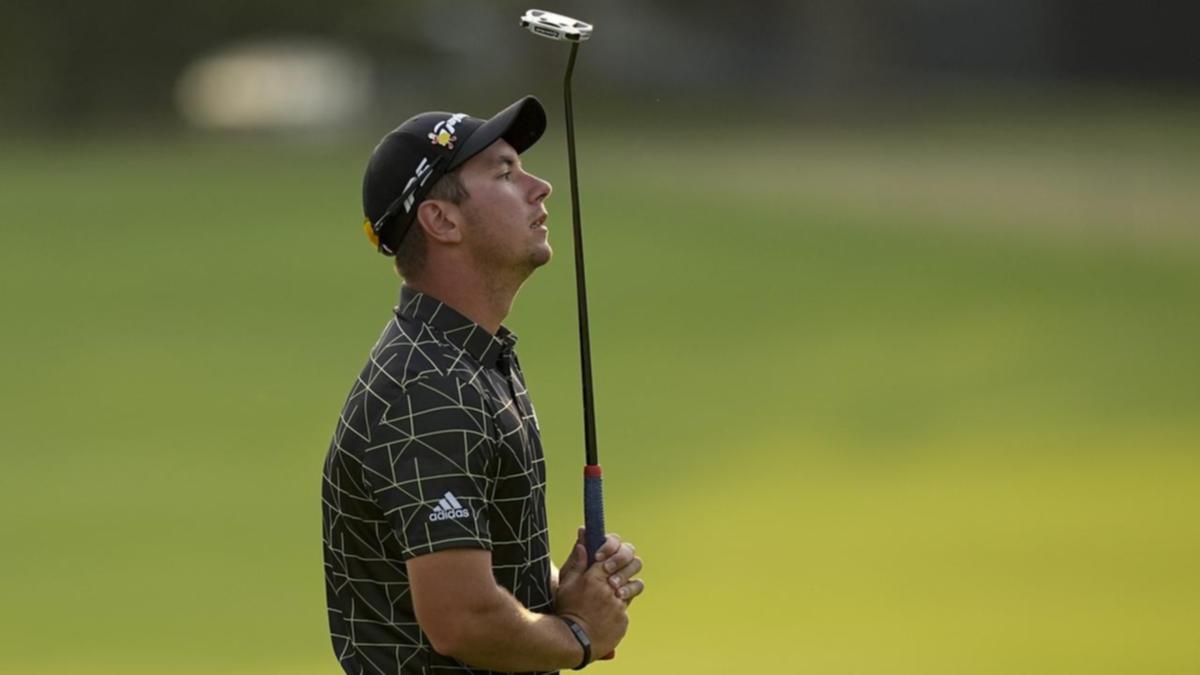 Cameron Smith is the lone Australian in red numbers after his countrymen battled to stay in the hunt during a gruelling second round of the US PGA Championship in Oklahoma.

Chasing a second PGA Championship triumph, Thomas posted a successive 67 to move to six under par before the afternoon starters got underway in treacherous conditions.

He led first-round leader Rory McIlroy by a stroke.

At two under after opening with a seven-birdie 68 on Thursday, Smith was hoping to make up ground as the winds picked up in Tulsa.

But compatriot Lucas Herbert went backwards on Friday, falling to one over for the championship with a three-over 73.

Herbert went out in four over before rallying with a birdie and eight pars on his homeward nine.

Former champion Jason Day fought hard to pull back to even with the card, only to finish his second-round 72 with three straight bogeys to slip to three over – nine strokes adrift of Thomas.

Marc Leishman (71) was also three over and almost certain to make the halfway cut.

But Min Woo Lee, at five over after a 72, and Adam Scott (70) at seven over, were unlikely to earn weekend tee times.