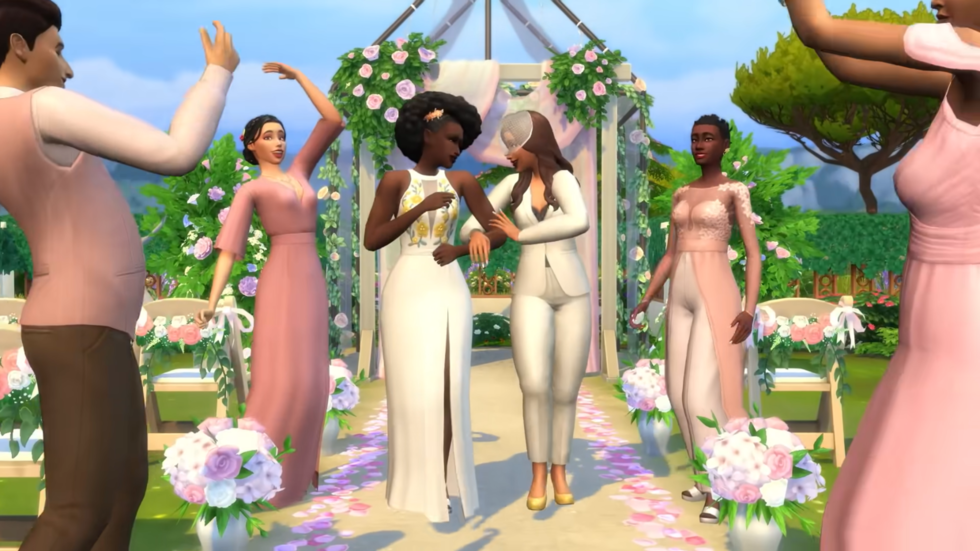 A new installment from the makers of the massively popular video game series The Sims will not be sold in Russia, developers have announced, claiming that the presence of LGBT characters in marketing would have caused problems with Russian law.

Video games giant EA posted the news on its website, last week, one day after announcing the upcoming release of the ‘My Wedding Stories’ game pack for ‘The Sims 4’. As its name suggests, the expansion adds elements focused on marriage to the core game, which allows players to control characters in a whimsical simulation of real life. The promotional material for ‘My Wedding Stories’ features a lesbian couple named Dominique and Camille, which EA said would have caused problems in Russia due to legislation banning the depiction of “non-traditional sexual relationships” to minors.

“Imagining the stories our players will tell with our packs is at the heart of everything we create,” the company wrote. “For ‘My Wedding Stories’, we were excited to introduce you to Dom and Cam. Their love story reflects the lived experiences of so many members of our community and team.”


“As we moved through our development and brand storytelling process, we became aware that the way we wanted to tell Cam and Dom’s story would not be something we could freely share around the world.”

The statement continues, “We are committed to the freedom to be who you are, to love who you love and tell the stories you want to tell.” For that reason, EA wrote, they decided to forego the release of the expansion “where our storytelling would be subject to changes because of federal laws.”

‘The Sims 4’ previously earned an 18+ label in Russia due to the presence of homosexual relationships, and EA did not explain what, if any, harsher penalties it expected for the new expansion – although the concern appears to be over featuring same-sex couples in promotional material.

In 2013, Russian President Vladimir Putin signed the nation’s so-called ‘gay propaganda law’, which prohibits the distribution of material deemed to promote “non-traditional sexual relationships” among minors. The legislation was passed with the stated goal of protecting children from being exposed to homosexuality and has been criticized domestically and internationally as an attack on LGBT rights. The Kremlin has insisted that it does not criminalize activity and only regulates what can be marketed to children and young people.