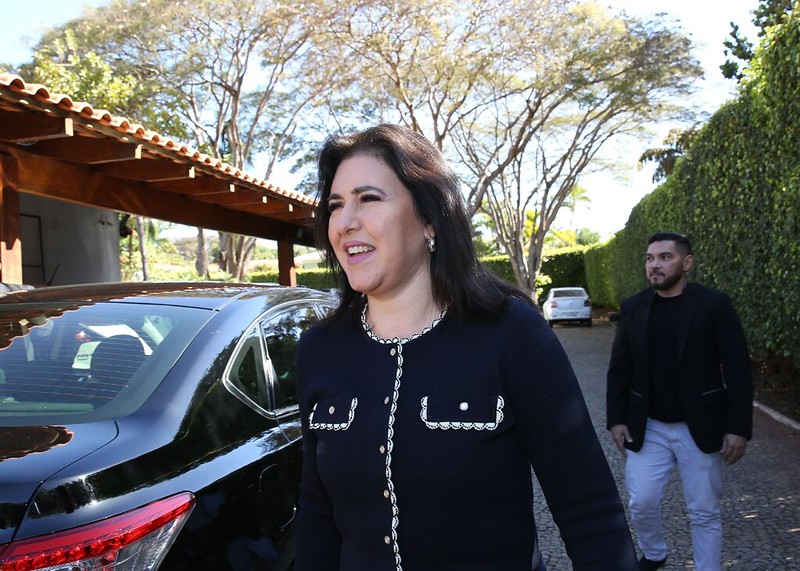 While her chances of reaching the runoff stage and winning the election are close to zero, launching its own presidential candidate serves the MDB party — which wants to avoid burning bridges with the only contenders who are truly competitive: President Jair Bolsonaro and his main challenger, former President Luiz Inácio Lula da Silva.

The MDB is Brazil’s largest party, with over 2.1 million members — or about 1 percent of the entire Brazilian population. It currently holds the seventh-largest caucus in the House and the largest in the Senate, with 12 senators, including Ms. Tebet.

Despite its size and success in winning local elections, the MDB has never had a successful presidential candidate. In 2018, former Central Bank chair Henrique Meirelles won just over 1 percent of the vote, finishing in seventh place. In 2010 and 2014, however, the MDB was on the winning ticket, with Michel Temer as Dilma Rousseff’s vice presidential nominee.

Ms. Tebet’s candidacy was conceived as the ticket of the so-called “third way,” an option for voters who reject the Lula-Bolsonaro dichotomy. But given her pedestrian polling numbers, the party is unlikely to spend big bucks on her campaign. It is expected to prioritize congressional races instead.

Ms. Tebet, 52, is the daughter of the late Ramez Tebet, who served as senator and governor of the state of Mato Grosso do Sul, an agricultural powerhouse in Brazil’s Center-West region. Ms. Tebet served as a state lawmaker, mayor of the city of Três Lagoas, and lieutenant governor before being elected to the Senate in 2014 for an eight-year term.

In the Senate, Ms. Tebet served a two-year term as chair of the Senate Constitution and Justice Committee. She was the first woman to lead the upper house’s most important committee — through which all bills must pass prior to a floor vote.

Still, Ms. Tebet remained largely unknown to voters and only enhanced her profile during last year’s Senate Covid hearings — which investigated the government’s response to the coronavirus crisis.

That hasn’t been enough to make her a competitive candidate for the presidency, with her polling numbers varying from 1 to 4 percent, depending on the survey.

The MDB party on Wednesday confirmed Ms. Tebet’s nomination by a 262-9 majority. Still, the numbers don’t mean she has full partisan support, as one-third of delegates chose to abstain.