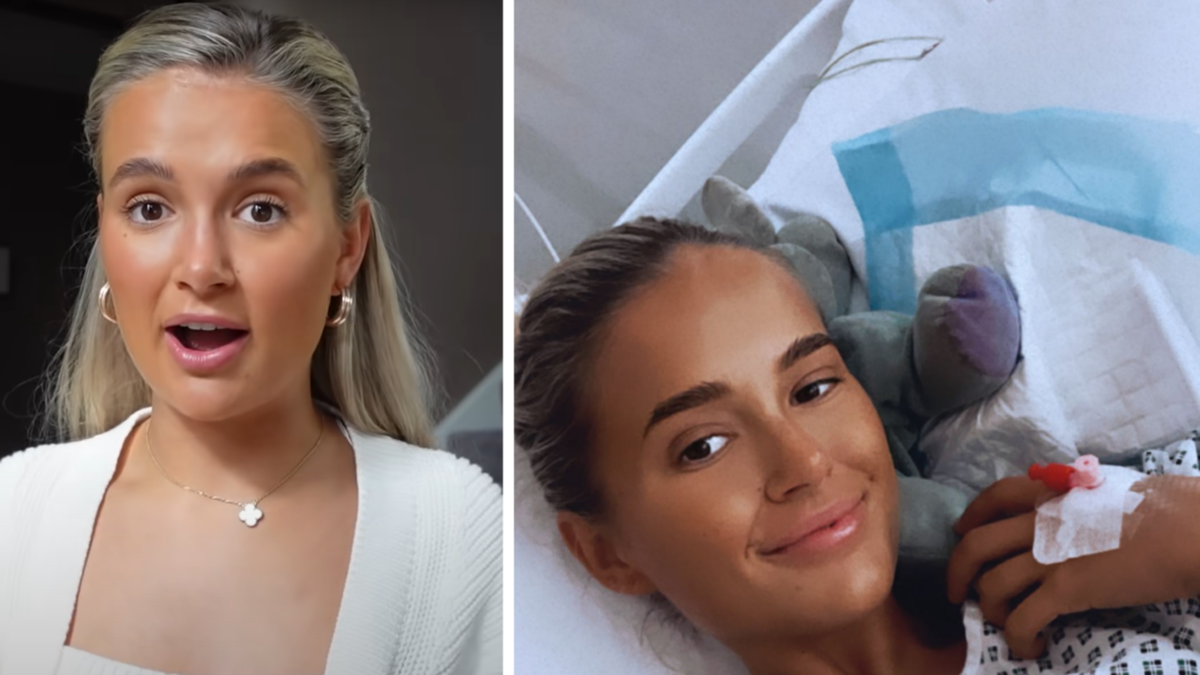 Molly-Mae Hague has shared she “nearly called an ambulance on multiple occasions” because of the “excruciating” pain of endometriosis.

The former Love Island UK contestant has released a video going through her symptoms, surgery, and recovery – revealing there were moments she was “fearful for her life”.

WATCH IN THE VIDEO ABOVE: Molly Mae shares her endometriosis journey and advice

Molly is among the one in nine women who suffer from the debilitating condition of endometriosis.

Endometriosis is where tissue similar to the lining of the uterus grows outside of the womb, sometimes moving to other areas of the body.

Like many women’s health issues, stigma around the condition keeps many women from not only talking about it but also from seeking medical advice or treatment.

Molly began her video by going through her symptoms which mainly centre on agonising levels of pain.

She said her period pain began when she was 15 and worsened over time.

“I cannot explain the levels of pain I have been in over the last few years,” Pretty Little Thing’s Creative Director said.

“I’ve actually nearly called myself an ambulance on multiple occasions because of the … pain I was in.

“It got to the point where I was rolling in bed and I’d actually be fearful for my life, thinking like … what is happening inside my body?

“I literally used to lie there and think, ‘Am I going to see tomorrow morning?’

“I genuinely used to be in that much pain that I was fearful that I wouldn’t wake up the next day.”

Molly added that she would have to take weeks off work because the pain was so bad, noting her assistant would purposefully leave her ‘period week’ free.

Molly noted the main other symptom was “excruciating” sex, adding this was what pushed her to check the problem.

“Not only was I doing it for me, and fixing it for me – which is obviously the main reason why you do it – but I was also trying to do it for my partner Tommy,” she said.

She added that her sex life became “basically non-existent” due to her low sex drive and the pain during sex.

“You’re literally just doing it for your partner, and that’s not pleasant for them.”

Molly told followers she first went to doctors aged 17, visiting five doctors before one finally suggested the pain could be endometriosis.

The 22 year old shared that she was told, “It’s thrush, it’s BV [Bacterial vaginosis], you’re not taking the right pain killers, these are just normal period pains, you just need to suck it up”.

Molly was later referred to a specialist who said, “Yes, you absolutely do have endometriosis, what you’ve been dealing with is absolutely not normal.”

She said even though this was hard to hear, it was a relief because she “knew something wasn’t right”.

Five months on, she has reassured viewers the scarring is minor with only four marks.

She says the operation has “definitely helped, but has most definitely not cured” her, with her periods still painful and heavy.

But the reality contestant says she would go through the operation again to have the results she’s had.

Regarding painful sex, Molly says it “never changed” and is an ongoing issue.

Eight things we learned from the SAS Australia reunion