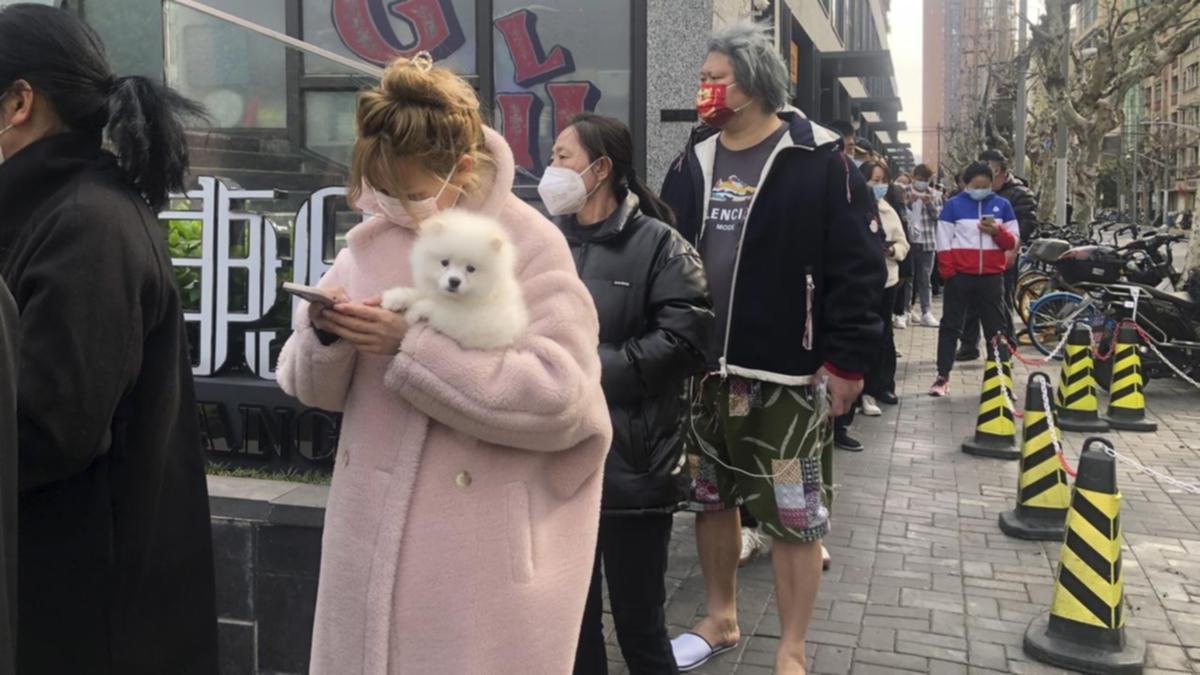 China’s commercial hub of Shanghai has ground to a halt after the government locked down most of the city’s 26 million residents to stop the spread of COVID-19, even as official numbers showed local cases falling for the second day in a row.

The city government late on Thursday extended an existing lockdown in eastern districts, just as western parts of the city were shut down as scheduled.

Fresh official guidance indicated that many in China’s most populous city will now be required to stay home as long as it takes to control the outbreak – instructed not to cross their doorsteps even to dispose of rubbish or walk their dogs.

Public transport in most of the city has been suspended, while businesses considered non-essential, like restaurants and shopping malls, have also had to close.

The lockdown, designed to stop an outbreak of the highly transmissible Omicron variant that started about a month ago, began on Monday and was originally due to last 10 days in total. Areas east of Shanghai’s Huangpu River were to be closed for five days, before reopening as western districts began a five-day shutdown.

But the city government said it would lift the curbs in east Shanghai in stages instead.

This means the majority of districts are now under a lockdown that covers the office towers of the Lujiazui district, China’s answer to Wall Street, and factories including Volkswagen’s joint venture with SAIC Motor and US automaker Tesla’s plant.

Shanghai, now accounting for three out of every four local asymptomatic cases across the country, has emerged as a test bed for the national government’s handling of COVID – a “dynamic clearance” approach which aims to test for, trace and centrally quarantine all positive case.

Authorities said on Friday the city’s daily tally of infections eased for the second day in the row: it reported 4144 locally transmitted new asymptomatic cases and 358 symptomatic cases for Thursday, versus corresponding figures of 5298 and 355 the previous day.

Some residents have expressed scepticism about the daily tally, questioning how quickly positive cases are registered in the system. Shanghai publishes a daily list of addresses of where cases have been found, and some said their housing compounds were only included days after neighbours had tested positive – or not included at all.

While in lockdown, residents will be required to undergo rounds of nucleic acid testing carried out by healthcare workers in hazmat suits. They’re only authorised to leave their apartments for the tests, to be carried out in or near their housing compounds, and authorities have asked residents to line up for testing two metres apart.

Eric Zheng, president of the American Chamber of Commerce in Shanghai, said that the city’s arrangements were acceptable for a few days but “not sustainable” long term.

“Even if your employees are within the factory bubble, your trucks have to come and go sending inputs and outputs, but that’s not possible,” he said. “I hope this is only a temporary, drastic measure to stop the spread.”