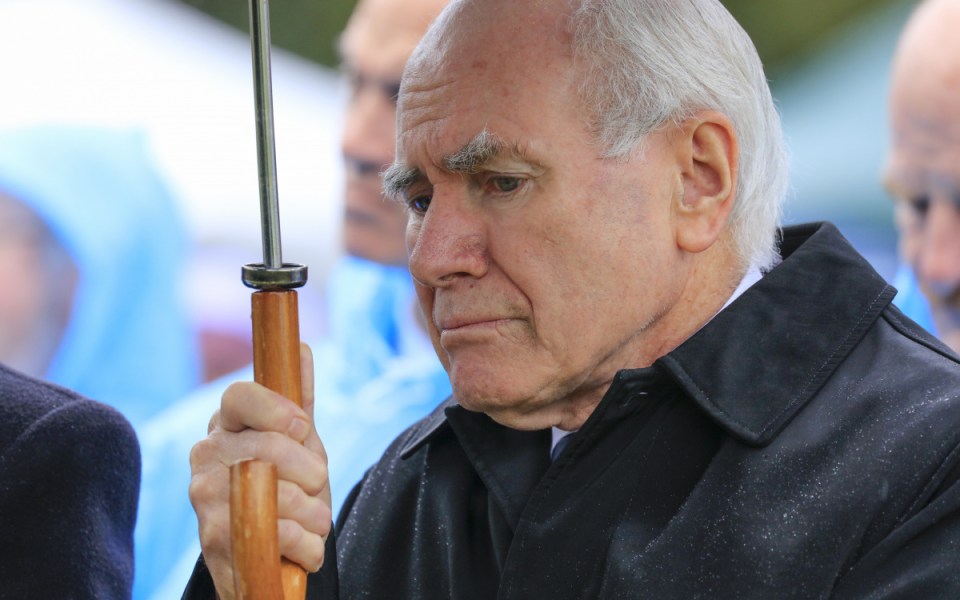 The Liberals have tried to pivot from criticism over government’s handling of a Chinese security pact with the Solomon Islands to stressing its economic record on the campaign trail.

On the NSW Central Coast, Prime Minister Scott Morrison spruiked a strong economy and low unemployment as he took a veiled swipe at Labor leader Anthony Albanese while addressing a campaign rally.

“Despite our challenge being 30 times greater than what Labor faced, our employment outcomes were 50 per cent better,” he said, contrasting the global financial crisis and the post-COVID recovery.

“People might forget figures here and there. But if you don’t know what’s happening with unemployment in this country – that’s one of the most fundamental things when you’re seeking to drive economic policy.”

Back in Sydney, John Howard reminded party faithful to treat every seat as if it’s at risk as he launched the Liberal candidate for his old seat of Bennelong.

The former prime minister famously lost his seat to Labor’s Maxine McKew in the wipeout election of 2007 before tennis great John Alexander won it back in 2010. Liberal candidate Simon Kennedy has put his hand up in a bid to retain the seat.

“You treat every seat as at risk: common sense proposition. But I think he’ll win.”

Mr Howard, himself a former treasurer, also attacked the Labor leader’s slip up, saying it reinforced a perception Mr Albanese was weak on the economy and the public “saw those mistakes as symbolising an inadequacy for the job”.

At his own campaign launch in Brisbane, Shadow Treasurer Jim Chalmers flipped the economic narrative, accusing the government of wasting and rorting the public purse.

“We want Australia … to generate opportunities people can grab and be proud of so they can provide for their loved ones and create great futures,” he said.

Labor continued its attack against the prime minister’s handling of a Chinese security pact in the Solomon Islands.

“It definitely raises the increased prospect of Chinese military presence in the Pacific and that makes Australia less safe and that is because Scott Morrison wasn’t doing his job,” Mr Marles said.

But the Coalition is trying to turn the attack back onto Labor, highlighting the deputy leader’s previous comments on China.

Mr Marles confirmed reports he had shown Chinese government officials a copy of a speech he gave at a Beijing university in 2019.

“I made a speech in China where I criticised China and I wanted to make sure that the Chinese government were not at all surprised with what I was going to say,” he said.

“The assertion made by the government is another desperate attempt to divert from their failings in the Pacific.”