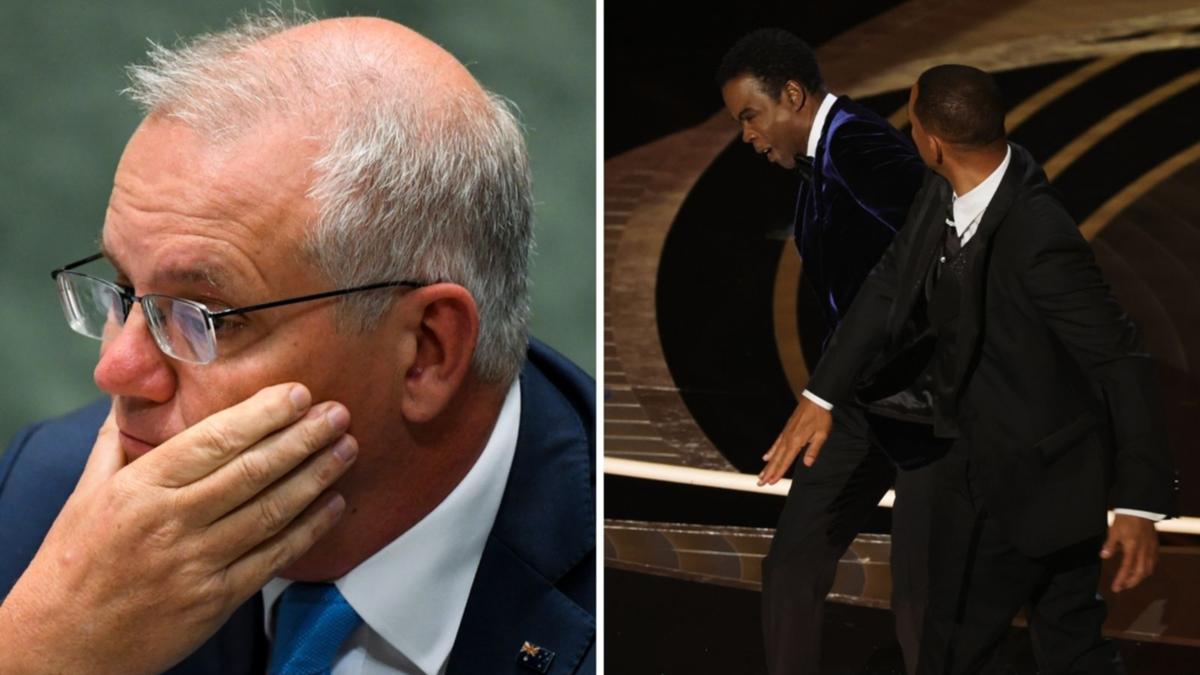 Scott Morrison has revealed he “understands” why Will Smith slapped Chris Rock on stage at the Oscars, but says the actor’s controversial actions were “not how you roll”.

The prime minister was asked about the infamous incident on Thursday, telling Brisbane radio station B105 it was “quite extraordinary”.

“I’m also fiercely defensive of anybody who would say anything ever about Jenny too. I can understand it,” he said, according to the Guardian.

“But as I think, as everybody understands, that’s not how you roll.”

Grace Tame, the 2021 Australian of the Year, led the condemnation of the prime minister’s comments.

“Perpetrators of paedophilia, sexual assault, domestic violence and other forms of abuse – who are already empowered – see this and are encouraged,” she tweeted.

“Survivors – who are disempowered – see it and are discouraged. Messages like this are dangerous.

“They reinforce a stark imbalance of power.”

It comes as Mr Morrison is facing questions about his character after outgoing Liberal senator Concetta Fierravanti-Wells claimed he was “not fit to be prime minister” during a fiery late-night parliamentary speech on Tuesday.

“He is adept at running with the foxes and hunting with the hounds, lacking a moral compass and having no conscience,” said Senator Fierravanti-Wells, who lost preselection for her NSW upper house seat at the weekend.

Mr Morrison was forced to defend his character after One Nation senator Pauline Hanson and Independent senator Jacqui Lambie also labelled him a bully.

“(In) politics, on occasion, people have disappointments, and so I obviously don’t agree with her (Senator Fierravanti-Wells’) assessment,” he told 6PR radio.

“But if she has any formal complaint she’d like to make, in the Liberal Party we have processes for dealing with that, and I’d encourage her to do so.”

Meanwhile, Chris Rock has tearfully addressed the infamous slap, saying he’s “still processing” what happened on the Oscars stage at his sold-out comedy show in Boston on Wednesday night.

The slap – watched by a worldwide television audience of millions – has led to the Academy Awards body instigating “disciplinary proceedings” against Smith.

Rock, 57, asked the crowd: “Sooooo, how was your weekend?!” and was met with a drawn-out standing ovation when arriving on stage.

“Let me be all misty and s***,” the comedian began, tears in his eyes.

“I had written a whole show before this weekend,” the comedian said.

“I’m still processing what happened, so at some point I’ll talk about that s***.

“It’ll be serious. It’ll be funny, but right now I’m going to tell some jokes.”