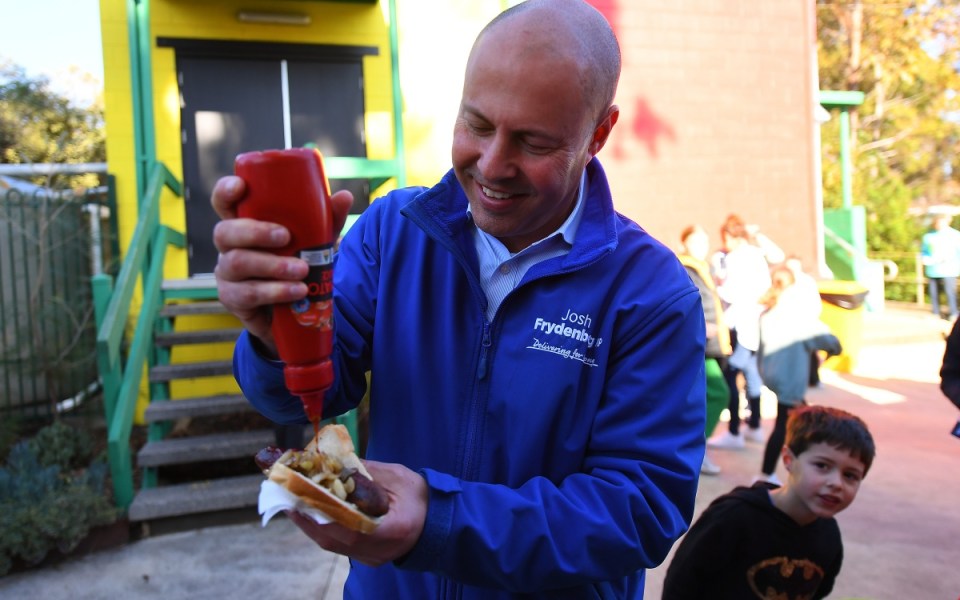 A fierce fight is under way for the electorates of Victoria on election day as Liberal candidates face off with high-profile independents in previously safe seats.

Federal Treasurer Josh Frydenberg is facing a well-funded campaign for the seat of Kooyong by independent Monique Ryan, who has campaigned on climate action, the establishment of a federal integrity commission, safety for women and healthcare reform.

Despite some polls predicting the Treasurer is at risk of losing his seat, Mr Frydenberg said speaking with voters had bolstered his confidence.

“I’ve been really encouraged by the positive reaction I’ve had on pre-poll the last couple of weeks, as well as meeting with constituents this morning,” he told Sky News on Saturday.

“It’s fantastic to meet with other voters, and obviously it’s been a long campaign so everyone is looking forward to its end tonight.”

Zoe Daniel is another independent hoping to take control of a long-held Liberal seat.

Ms Daniel, a former journalist, said her grassroots campaign had raised more than $1 million as she battles current MP Tim Wilson, who has held Goldstein since 2016, currently with a margin of 7.8 per cent.

Goldstein has been in Liberal hands since 1984.

If the election delivers a hung parliament, Ms Daniel pledged to work with whichever party could deliver on climate policy, integrity, gender equality and safety for women and girls.

“I’m saying that I would negotiate in good faith with both sides if it came to (a hung parliament),” she said.

“It’s really up to the leaders of both major parties to decide what they want to put on the table.”

Ms Daniel received more than $1.4 million in donations to her campaign, including more than $1 million from the community and $420,000 from climate campaign group Climate 200.

Leader of the Greens Adam Bandt cast his vote alongside his family at Kensington Primary school in the seat of Melbourne on Saturday morning.

Mr Bandt holds the inner-city Melbourne seat for the Greens with a comfortable margin of 22.6 per cent.