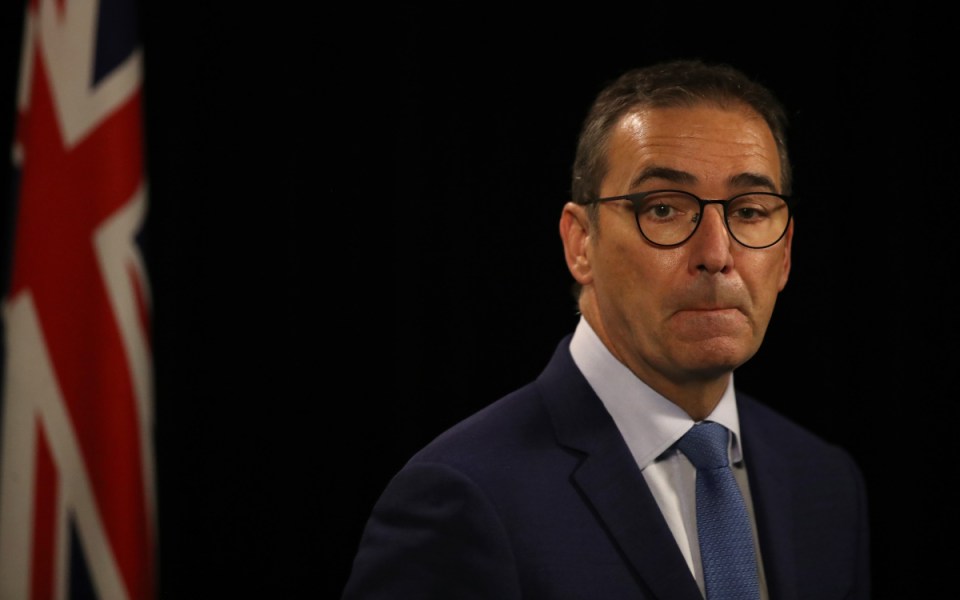 Outgoing South Australian Liberal Premier Steven Marshall will not seek to lead the party in opposition.

After Labor’s convincing win in Saturday’s state election, Mr Marshall on Sunday visited Governor Frances Adamson to advise he would be unable to form a government.

On the latest counting, Labor looks set to hold a clear majority with at least 25 seats in the 47-seat House of Assembly.

In a statement, Mr Marshall said that after more than nine years as leader of the Liberal Parliamentary Party it was time for someone else to take charge.

“I will step down as leader as soon as the party room is able to meet to elect my successor,” he said.

“I thank all my past and current colleagues for their support over the past nine years and will do all I can to assist the new leader to succeed.”

However Mr Marshall indicated he intended to remain in the parliament, saying he looked forward to continuing to serve the voters in his eastern suburbs seat of Dunstan.

With counting continuing, the seat remained too close to call, with the former premier just fractionally ahead of Labor opponent Cressida O’Hanlon, 50.3 per cent to 49.7 per cent, with about half the votes counted.

However pre-poll and postal ballots were expected to favour Mr Marshall, most likely allowing him to retain the seat.

Mr Marshall said it had been a privilege and an honour to serve as SA’s 46th premier and he remained proud of his government’s achievements.

“We faced the most extraordinary of times, through natural disasters and a global pandemic, managing to keep South Australians safe and did so with fewer restrictions than almost anywhere else in the world,” he said.

“Whilst I am disappointed by the election outcome, I take full responsibility for the result and accept the will of the people.”