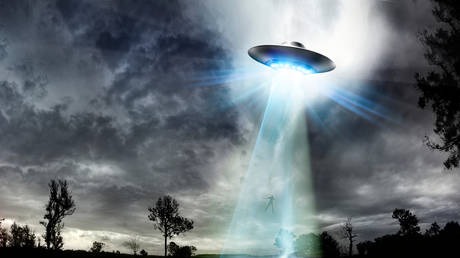 Aliens might study humans from afar like “bacteria,” the head of the Russian space agency, Roscosmos, said

The chief of the Russian space agency, Dmitry Rogozin, has said that he believes in the existence of extraterrestrial life that might be more intelligent and technologically advanced than humanity. Aliens might also be studying the civilizations of Earth while staying unnoticed, he told Russia’s Rossiya 24 broadcaster on Saturday.

Thousands of factors could have contributed to the emergence of life anywhere in the universe, Rogozin said, adding that humanity’s ability to study space remain limited. “We know the ‘Big Bang’ theory but what if this ‘Big Bang’ took place only within a certain part of the universe that is visible to us?” the Roscosmos chief asked, adding that “there might be other worlds … as well as innumerable factors that could contribute to the emergence of life, including an intelligent one.”

The Russian Academy of Sciences has been conducting studies and “collecting facts” related to extraterrestrial life and UFOs in particular, Rogozin stated, adding, though, that 99.9% of all such cases reviewed by the Russian specialists have turned out to be “atmospheric and other physical phenomena” that have nothing to do with any extraterrestrial intelligent life hypotheses.

“We still assume that such [real UFO] sightings might have taken place,” he added. Rogozin also said that he has personally looked at some reports by Soviet test-pilot veterans who reported unexplained phenomena that they witnessed while testing new aircraft for the first time.

“What we’re talking about usually took place during the first test fights,” the Roscosmos chief said, adding that he had previously contacted the US NASA space agency and received similar information.

We might be a subject to some external observation… Our technologies and our understanding of science might be insufficient to become aware of it.

There might be life forms out there that have advanced to a technological level that allowed them to study the human civilization and our planet itself just like humans do with other species here on Earth, Rogozin posited.

“We can study bacteria, but we can also be studied just like bacteria,” he added.

His comments came amid the ongoing public discussion of UFOs in the US, where sightings have increased since 2017. At that time, it was revealed that the Pentagon had a project known as the Advanced Aerospace Threat Identification Program (AATIP), which was tasked with identifying what was called ‘unidentified aerial phenomena’, or UAP (also commonly known as unidentified flying objects, or UFOs).

In May, the US Congress held its first public hearing on UAPs since 1970s. Those testifying before the House Intelligence Committee during the hearing included Under Secretary of Defense for Intelligence and Security Ronald Moultrie and Deputy Director of Naval Intelligence Scott Bray.

The officials presented several videos showing what have been deemed UAPs but provided no specific explanations about the objects seen in the videos. They also said that the US military has not attempted to contact any of the objects observed since it was unclear if they were manned or even “in controlled flight.” Nor did they discharge any weapons targeting any of the UAPs, Bray confirmed.