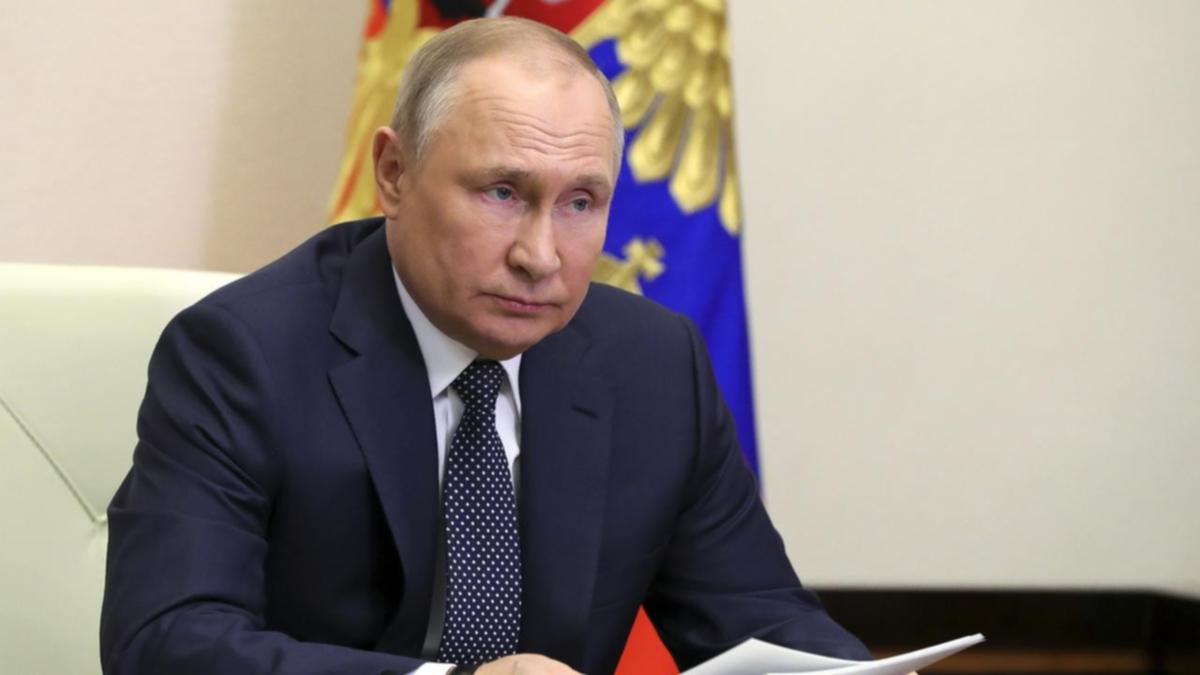 Russian President Vladimir Putin is demanding foreign buyers pay for Russian gas in roubles or else have their supplies cut – a move Germany says amounts to blackmail – amid reports Russian forces are leaving the area around the Chernobyl nuclear power station in Ukraine.

Putin’s move, via a decree signed on Thursday that sets a Friday deadline, leaves Europe facing the prospect of losing more than a third of its gas supply.

Germany, the most heavily reliant on Russia, has already activated an emergency plan that could lead to rationing in Europe’s biggest economy.

Energy exports are Putin’s most powerful lever as he tries to hit back against sweeping international sanctions imposed on Russian banks, companies, businessmen and associates of the Kremlin in response to Russia’s invasion of Ukraine.

In televised remarks, Putin said buyers of Russian gas “must open rouble accounts in Russian banks. It is from these accounts that payments will be made for gas delivered starting from tomorrow” or April 1.

“If such payments are not made, we will consider this a default on the part of buyers, with all the ensuing consequences. Nobody sells us anything for free, and we are not going to do charity either – that is, existing contracts will be stopped,” he said.

It was not immediately clear whether in practice there might still be a way for foreign firms to continue payment without using roubles, which the European Union and G7 group of states have ruled out.

His decision to enforce rouble payments has boosted the Russian currency, which fell to historic lows after the February 24 invasion.

The rouble has since recovered much lost ground.

Foreign companies and governments have rejected any move to change their gas supply contracts to change the payment currency.

Most European buyers use euros.

Executives say it would take months or longer to renegotiate terms.

Meanwhile, European countries have been racing to secure alternative supplies but with the global market already tight, they have few options.

The United States has offered more of its liquefied natural gas (LNG) but not enough to replace Russia.

Germany Economy Minister Robert Habeck said Russia had not been able to divide European countries and they were determined to not be “blackmailed” by Russia.

Germany said it would continue paying for Russian energy imports in euros.

The order signed by Putin creates a mechanism for payments to be made via special foreign currency and rouble accounts at Gazprombank, with the foreign money to be converted into roubles via currency auctions on a Moscow exchange.

Putin said the switch would strengthen Russia’s sovereignty, saying “unfriendly” countries were using the financial system as a weapon and it made no sense for Russia to trade in US dollars and euros when assets in those currencies were being frozen.

“What is actually happening, what has already happened? We have supplied European consumers with our resources, in this case gas. They received it, paid us in euros, which they then froze themselves. In this regard, there is every reason to believe that we delivered part of the gas provided to Europe practically free of charge,” he said.

“That, of course, cannot continue.”

Several European companies with Russian contracts had no immediate comment or did not immediately respond as Putin’s announcement sent further shivers through the market.

Although Russian troops seized control of Chernobyl soon after the February 24 invasion, the plant’s Ukrainian staff continued to oversee the safe storage of spent nuclear fuel and supervise the concrete-encased remains of the reactor that exploded in 1986.

Energoatom said these workers had flagged earlier on Thursday that Russian forces were planning to leave the territory.

“The information is confirmed that the occupiers, who seized the Chernobyl nuclear power plant and other facilities in the exclusion zone, have set off in two columns towards the Ukrainian border with the Republic of Belarus,” it said in a statement.

It said a small number of Russian troops remained at Chernobyl but did not specify how many or share further details.

Russian forces have also retreated from the nearby town of Slavutych, where workers at Chernobyl live, it said.