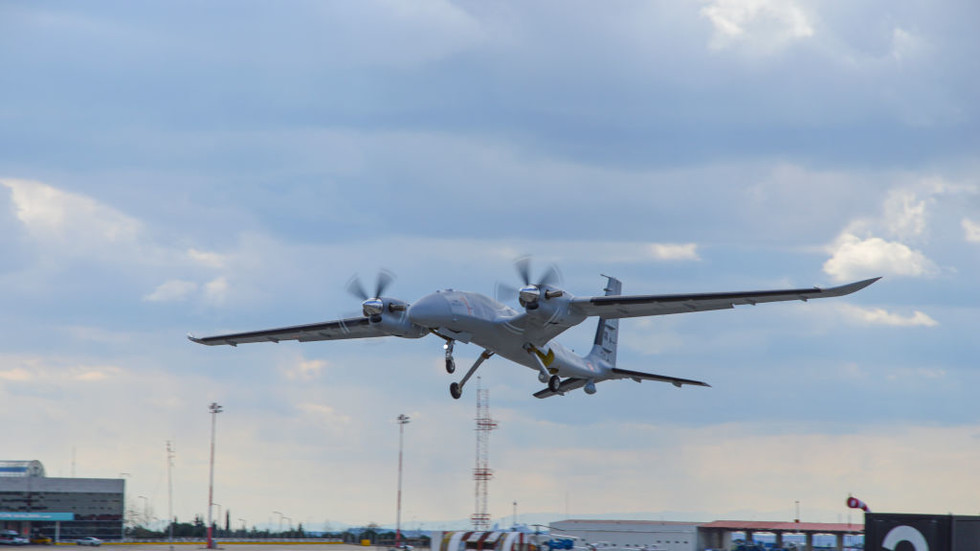 Turkish President Recep Tayyip Erdogan has revealed that both Russia and the United Arab Emirates are interested in cooperating with Baykar, the company making the Bayraktar and Akinci strike drones. Multiple media outlets in Turkey reported this on Tuesday, citing Erdogan’s remarks at a meeting of top AK party officials the evening prior. The revelation has caused a stir, since Baykar has exported about 50 drones to Ukraine just this year.

The UAE offered to build a Baykar factory, while Russian President Vladimir Putin said “let’s work together,” Erdogan told the party officials on Monday, according to CNN Turk. The reporting was echoed by other outlets, such as TGRT and Haber 7.

No more details were on offer, except that Putin’s alleged proposal came during last week’s meeting in Tehran, where he and Erdogan met with Iranian President Ebrahim Raisi to discuss the peace process in Syria and other matters.

Erdogan brought up the offers in the context of praising the accomplishments of Turkey’s military industry ahead of the party anniversary celebrations coming up in August.


Baykar makes the Bayraktar TB2 and Akinci strike drones, which were credited with helping Azerbaijan defeat Armenia in the 2020 Nagorno-Karabakh war. Ukraine ordered a dozen of them prior to the outbreak of fighting with Russia, and has received a total of 50 since February, according to the Defense Ministry in Kiev.

The TB2 drones have also been used in Libya and Syria, but have allegedly fared less well against Russian air defenses in Ukraine. Kiev now reportedly reserves them only for “special missions.”

“There is a strategic relationship between Turkey and Ukraine, especially in the field of aviation and space,” he said. “Turkey supports Ukraine with armed drone technology. We did not transmit or supply anything to Russia.”

Russia has used domestically-produced scouting and strike drones in Ukraine. Earlier this month, the US accused Moscow of wanting to buy hundreds of strike drones from Iran. Tehran denied the claim.