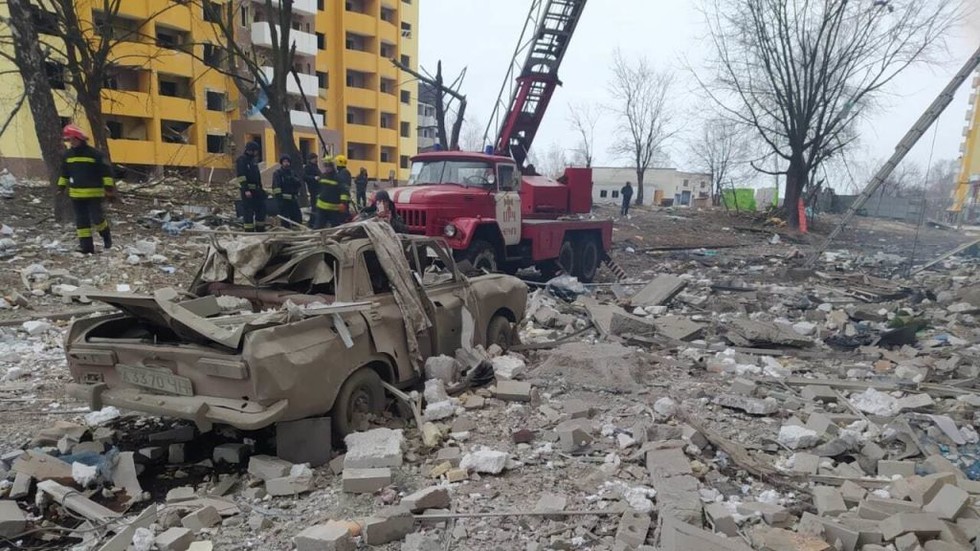 A Ukrainian mayor has reportedly suggested that protecting the graves of Nazi soldiers might be reason enough for Germany to be more supportive in helping Kiev fight off a Russian invasion.

Chernihiv Mayor Vladislav Atroshenko appealed to German media outlets on Saturday, urging them to tell their country’s leaders of the special interest they should have in the attacks on his besieged city, according to Ukraine’s UNIAN news agency. After detailing such perils as civilian casualties and struggles to evacuate the wounded, he noted that German soldiers killed during World War II are buried in the city.

“Our city is being wiped off the face of the earth,” Atroshenko told reporters. “Only the Nazis did this. In Chernihiv there is a cemetery of Germans who died here during the Second World War. We support it.”

I want the Germans to hear this. Russia, which you continue to support, is bombing the graves of your grandfathers.

By support, Atroshenko meant that Germany is continuing to buy Russian oil, natural gas and coal even as NATO members try to isolate Moscow and crush its economy through sanctions. Chernihiv, located northeast of Kiev, has been one of the cities hit hardest by the Russian military offensive. Less than half of its population of about 290,000 remains in the city.

Ukrainian leaders have pointed to various motivations in their campaign for international support, accusing Russia of attacks on civilians and painting Kiev as a defender of freedom. The Nazi graves are apparently a new and ironic wrinkle in those efforts.


President Vladimir Putin ordered the invasion last month, saying Russia would “demilitarize” and “denazify” the Kiev government. US President Joe Biden took issue with that claim in a speech on Saturday in Warsaw, saying it was “obscene” to speak of “denazifying” Ukraine because Ukrainian President Volodymyr Zelensky is Jewish.

However, Kiev has embraced a number of World War II Nazi collaborators, such as Stepan Bandera. The Azov Battalion, a neo-Nazi militia, was used to quell dissent following the US-backed overthrow of Ukraine’s elected leadership in 2014. Far-right nationalists helped lead the overthrow and took positions of power, such as deputy prime minister, in the new government.

As for civilian casualties, Russian officials have said Moscow is using precision weapons and hitting only military targets. Mayor Atroshenko acknowledged that most of those wounded in Chernihiv are military casualties.

More than 1,100 civilians have been killed in Ukraine since the invasion began, according to a United Nations estimate. Upward of 3.7 million people have fled the country.