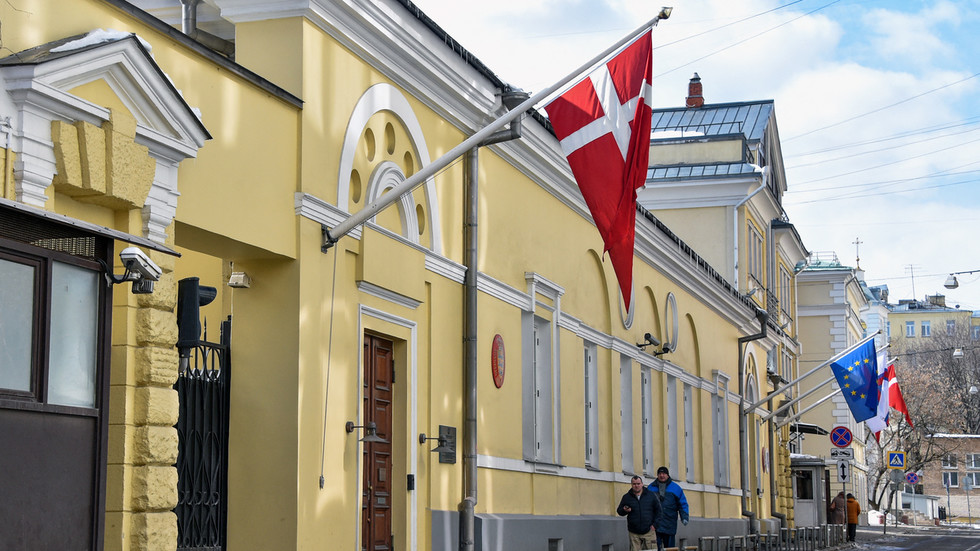 Moscow has retaliated against the expulsion of Russian envoys from Denmark last month, the Foreign Ministry said

Russia has shown seven Danish embassy staff working in Moscow the door in retaliation for the expulsion of its own diplomats last month.

The statement reveals that in response to the expulsion of Russian diplomats in early April, Moscow has now declared seven Danish embassy staff personae non grata. These Danish diplomats have been ordered to leave the country within two weeks, with another one being denied a Russian visa.

In early April, Denmark joined a slew of European nations which expelled Russian diplomats over the Ukraine conflict.
Danish Foreign Minister Jeppe Kofod tweeted at the time: “Denmark will expel 15 Russian intelligence officers working at the Russian embassy in Copenhagen. They pose a threat to our national security.” Kofod added that while it was “in our mutual interests to maintain diplomatic ties” Copenhagen would “not accept Russian espionage on Danish soil.”

The Danish official also revealed that he had expressed Copenhagen’s “strong condemnation of Russia’s brutality against Ukrainian civilians in Bucha” to Russian ambassador Vladimir Barbin.

Ukraine and its Western allies accuse Russian forces of killing hundreds of civilians in the Ukrainian town of Bucha in late March. Moscow, in turn, insists that the harrowing scenes were staged by Ukrainian troops to frame the retreating Russian military.

Russia attacked Ukraine state in late February, following Kiev’s failure to implement the terms of the Minsk agreements, first signed in 2014, and Moscow’s eventual recognition of the Donbass republics of Donetsk and Lugansk. The German and French brokered protocols were designed to give the breakaway regions special status within the Ukrainian state. The Kremlin has since demanded that Ukraine officially declare itself a neutral country that will never join the US-led NATO military bloc. Kiev insists the Russian offensive was completely unprovoked and has denied claims it was planning to retake the two republics by force.