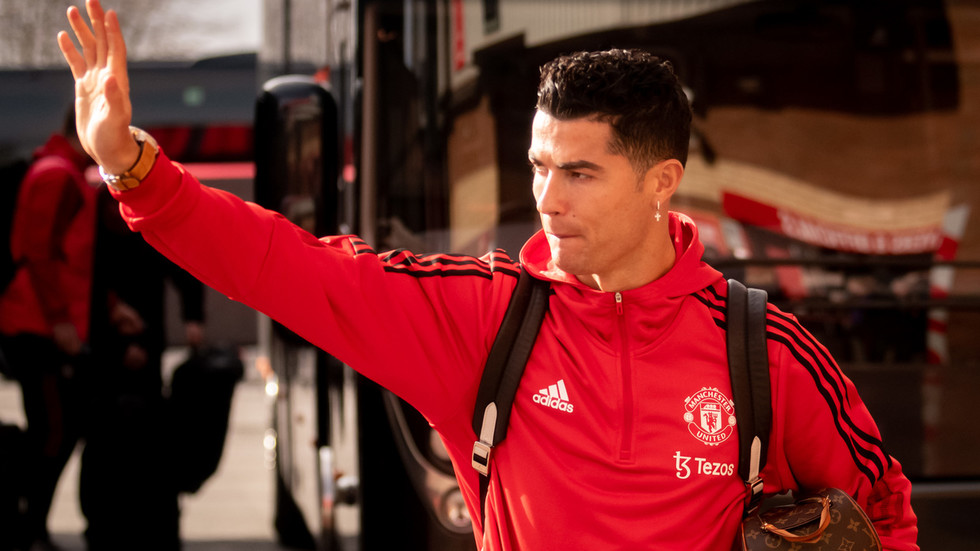 Cristiano Ronaldo was expected to arrive back in England on Monday ahead of showdown talks over his future with Manchester United manager Erik ten Hag, according to reports.

Ronaldo, 37, missed the whole of United’s pre-season tour in Thailand and Australia, instead remaining in Portugal to train.

Family reasons were cited as being behind the striker’s absence from the tour, although Ronaldo has informed United of his wish to leave ahead of next season as he desperately seeks Champions League football.

According to The Athletic, Ronaldo was expected back in Manchester on Monday and will potentially meet manager Ten Hag as early as Tuesday to thrash out his future.


The Dutch coach has been adamant that he wants Ronaldo to stay at Old Trafford and insists that he can fit the forward into his system.

Ronaldo is said to be intent on quitting the club despite having a year left on his contract, and is not willing to contemplate playing UEFA Europa League football next season – which is the continental competition United were consigned to after a poor Premier League campaign.

Much of the transfer talk during the summer window has been taken up by reports of Ronaldo’s agent, Jorge Mendes, offering his client’s services to some of Europe’s biggest clubs, only to be rejected by the likes of Paris Saint-Germain, Bayern Munich and Chelsea.

More recently, Ronaldo has been linked to Diego Simeone’s Atletico Madrid – something which has unsettled some of the fanbase, considering Ronaldo’s history of success at crosstown rivals Real.

By coincidence, United play Atletico Madrid in a friendly at Ullevaal Stadion in Oslo on Saturday.

United have appeared impressive in pre-season thus far without the five-time Ballon d’Or winner in their ranks, not least when they hammered Premier League rivals Liverpool 4-0 in Bangkok.

Commenting on Ronaldo while United were in Australia, Ten Hag insisted that the Portuguese could contribute to the new-look team he was hoping to forge as United pursue an end to their five-year trophy drought.


“A top player can contribute and Ronaldo is an absolute top player in our squad,” said the Dutchman.

“The players dictate the way you play. Especially players who score goals because they are extremely important for a team. You construct your team around them.”

Ronaldo, who returned to United from Juventus in a shock late move last summer, has one season left on his current contract but has the option of an extra year on top of that.

Last year he top-scored for the team, netting 18 times in 30 Premier League games and scoring six times in the Champions League.

Once their pre-season is completed, United open their Premier League season against Brighton at Old Trafford on August 7.