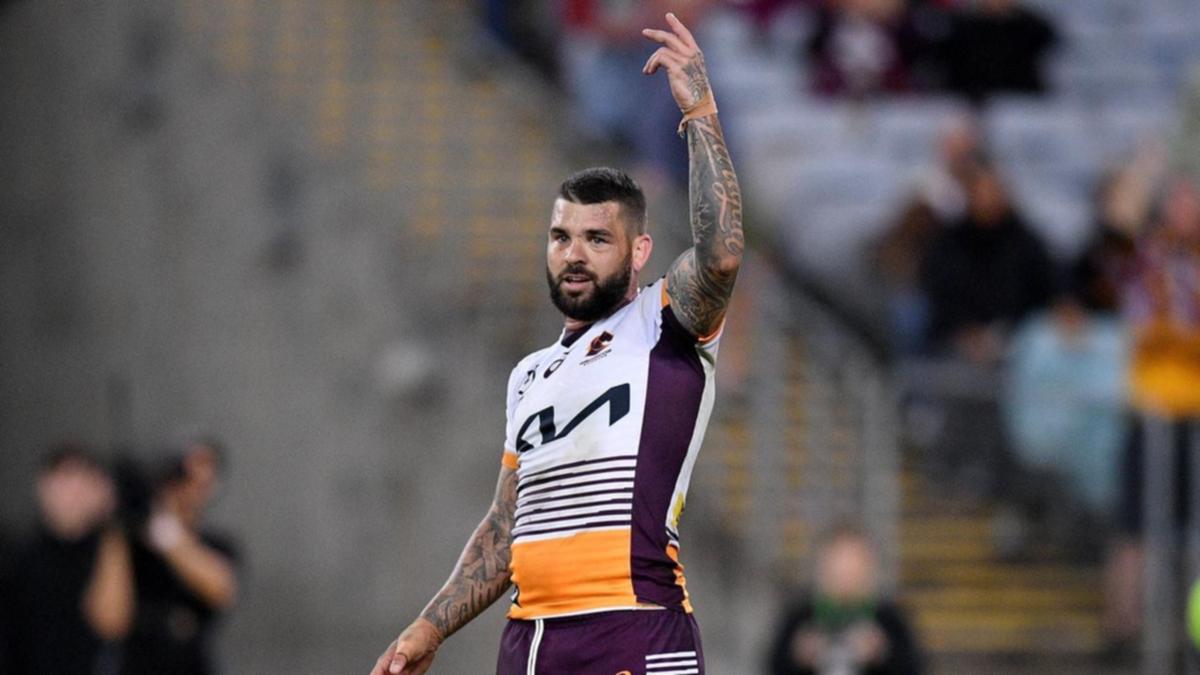 Adam Reynolds woke up on Friday morning relieved the week was over.

His former club South Sydney no doubt felt the same, rising hours after being handed a lesson in controlled rugby league by Reynolds in Brisbane’s 32-12 win.

After an off-season of talk about his move and an opening-round clash ruined by COVID-19, Reynolds let his football do the talking on Thursday night.

The former Rabbitohs halfback scored a try, had a hand in three others and kicked perfectly to dominate the Rabbitohs.

A year after being let go by Souths, given their desire to only offer the veteran one-year extensions, Reynolds left little doubt there is still plenty in the tank.

Not that he is interested in talking about that.

“I am glad the week is over,” Reynolds said.

“I am sick of seeing my head in the headlines and my name in the stories.

“The fact we’re getting better as a team is more important than my own performance. I’m just excited about what we’ve been building.”

If a long-term Reynolds contract was not what the Rabbitohs needed last year, it’s certainly what Brisbane required.

With their 31-year-old No.7, they have won three straight games for the first time since 2019.

His kicking and game management is offering up more chances, while his boot close to the line is also helping them take more of their chances.

“Everything happens for a reason and the Rabbitohs had their reasons,” Broncos coach Kevin Walters said.

“From the moment I walked into his house (in Sydney), I just felt an instant connection.

“And I could see him being a valuable member of our group at the Broncos. And we’re different to South Sydney, but some people can fit into two different clubs.”

Brisbane have Manly next week, and for the first time since the initial COVID-19 lockdown of 2020 seem a genuine chance of the finals.

Poor completion rates continue to be an issue and, while Jason Demetriou has defended their attack, they were wasteful with opportunities on Thursday.

Notably too, Demetriou believed his players made life far too easy for Reynolds.

“He was good. He was allowed to be,” Demetriou said.

“He got to kick the ball on the front foot all the time. Didn’t get a lot of pressure on him.

“We gifted them 18 points not defending kicks or intercept tries.”