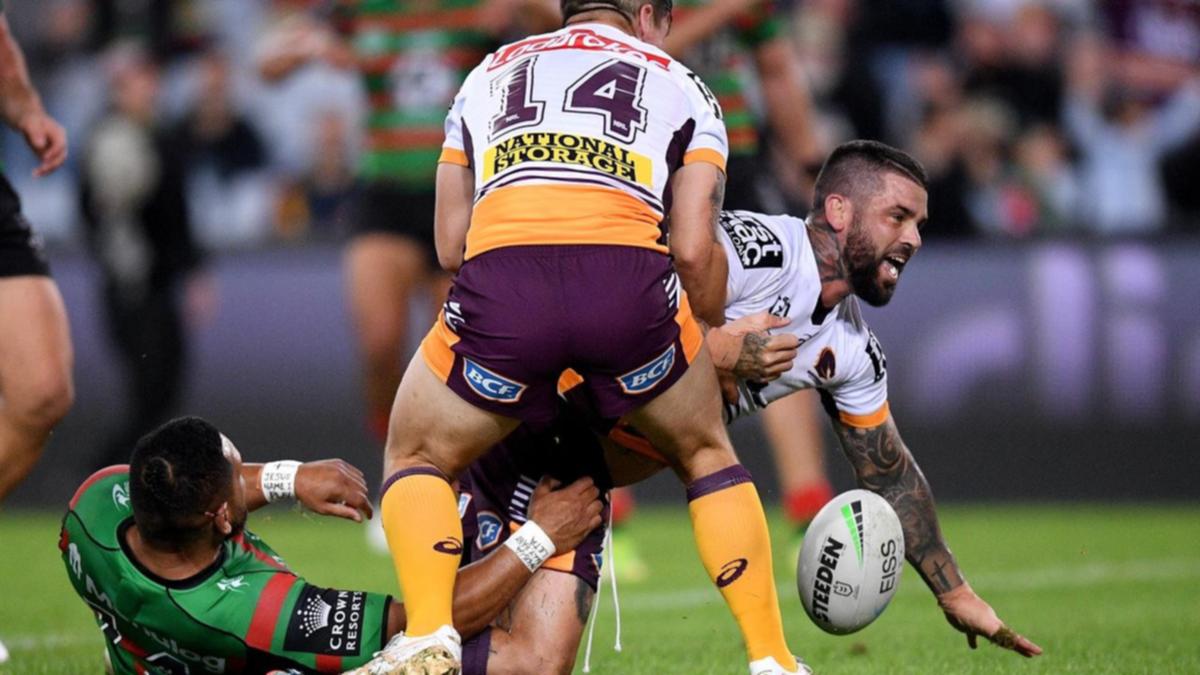 Adam Reynolds has put on a clinic to sink his former club South Sydney, demonstrating he still has plenty left in the tank in Brisbane’s 32-12 NRL win.

In his first match against his beloved Rabbitohs, Broncos captain Reynolds scored a try, played a role in three others and was perfect with the boot at Accor Stadium on Thursday night.

The big win helped Brisbane smash their way into the NRL’s top eight after stringing together three straight wins for the first time since 2019.

And while there were a few boos for Reynolds at times, before he posed for photos with fans after play, there was no denying the star of the show.

A favourite son at the Rabbitohs, Reynolds was shattered to leave Redfern last year when the club refused to offer him more than a one-year deal.

At the time, Souths opted to put their focus on young talent instead of offering the premiership-winning halfback the long contract he desired.

Reynolds proved that Brisbane were the clear winners of that call on Thursday night, having missed the opening-round clash between the two teams with COVID-19.

Denied a farewell in front of Souths fans last year due to the lockdown, the Rabbitohs junior terrorised Souths’ back three with his bombs.

Corey Oates and Selwyn Cobbo both benefited with tries, with Souths fullback Blake Taaffe outjumped and also spilling the ball at the back.

Reynolds’ own try was the pick of the night for Brisbane, with Tom Flegler and Pat Carrigan producing offloads in the lead up.

And after South Sydney got themselves back to 18-12 down with 20 minutes to play, it was Reynolds who again broke their hearts in his 100th match at the Olympic stadium.

He booted a penalty goal from near the sideline to take the margin out to eight, before putting Oates through half a hole to allow Herbie Farnworth to cross.

It means that after nine rounds, Reynolds’ Broncos now sit on 10 points with five wins, above the Bunnies on eight.

The halfback had great help from his teammates.

They defended their own line brilliantly as TC Robati and Farnworth both produced first-half try-savers, while Cobbo completed a try double with a late length-of-the-field effort.

Carrigan and Flegler were big up front, with the Broncos overcoming the absence of Payne Haas to win the middle battle.

They again completed at less than 70 per cent, while playmaker Cody Walker was repeatedly given no space in attack.

He still had a role in setting up a try for Taane Milne in the second half, while the Bunnies winger claimed another in the first half from a scrum play.