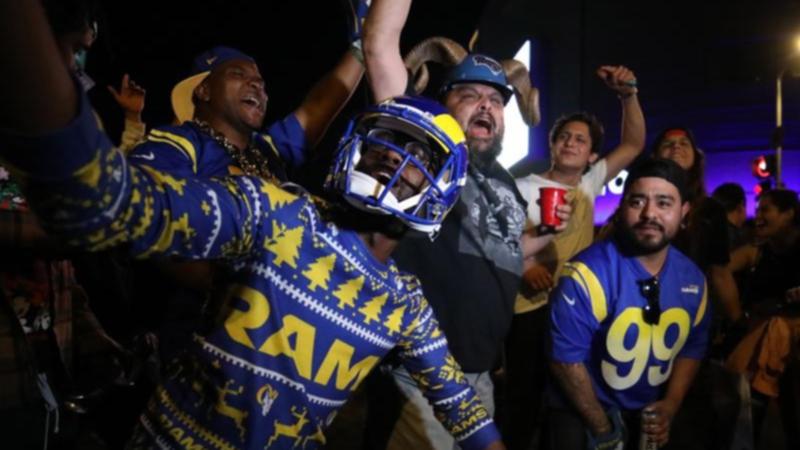 The Hollywood sign will look a little different this week following the Los Angeles Rams’ Super Bowl win over the Cincinnati Bengals.

It will be displayed from Monday through to Wednesday.

“What a day in Los Angeles – the Rams are Super Bowl Champions,” Garcetti said in a statement.

“This town has the best teams and fans in the world, and we can’t wait to show off our LA pride with a display that only Hollywood could deliver.”

The Rams are footing the bill for the project, according to the Mayor’s office.

Rams chief operating officer Kevin Demoff thanked the groups for allowing the team to “recognise this historic championship by turning the iconic Hollywood sign into a celebration of our fans and our community”.

“Winning a Super Bowl for Los Angeles and our fans in our home stadium is a dream come true,” he said.

The news came after a night of celebration in Los Angeles that ended with vandalism, shooting and at least one arrest, officials said.

The shooting occurred during a victory gathering in East Los Angeles.

The victim, a man, was transported to a nearby hospital and is in a stable condition.

No information about the shooter was available.

A large crowd also gathered in downtown Los Angeles after the game.

“We are seeing violent and destructive behaviour by large crowds in the heart of the Downtown LA area,” the LAPD tweeted.

LAPD said on Monday that one person was arrested on suspicion of possessing an illegal firearm after police pulled over a car that was driving in circles and making doughnuts.

There were more than 20 instances of reported vandalism around the city, including two Metro buses.

At least one driver was still inside a bus while fans climbed onto the roof and graffitied “Rams House” across the windows.