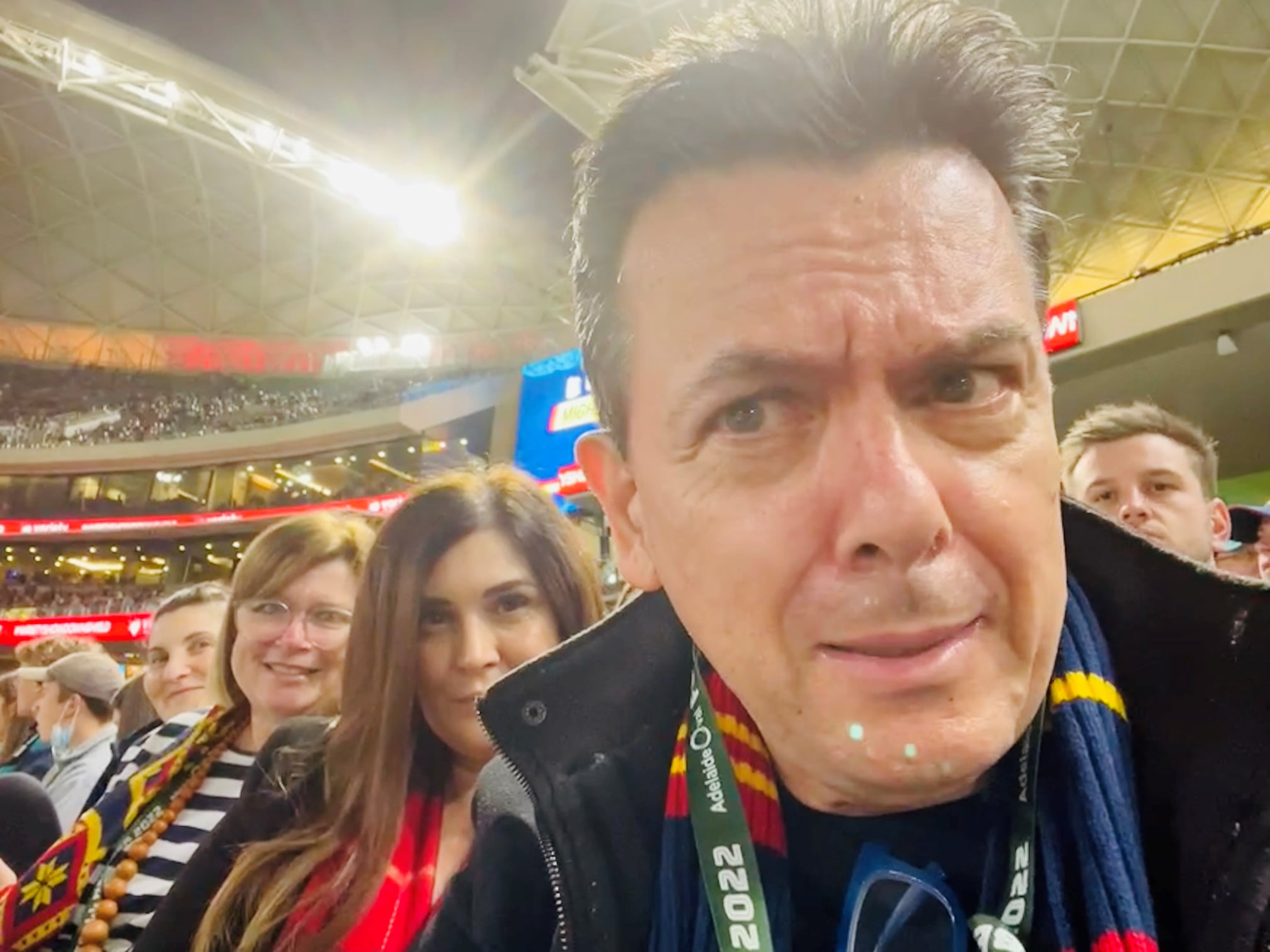 Will Mr X’s campaign wither on the bovine?

Former state and federal political phenomenon Nick Xenophon forged his initial success on wacky stunts, and there’s been more than a hint of him returning to his classic repertoire for his last-ditch bid to re-enter the senate.

There are signs the campaign is running on a shoestring budget.

His campaign slogan, ‘I give a damn’, is a nod to classic Hollywood, but he’s also cited ‘A Few Good Men’ in recent days with the delightfully cringeworthy pun that on the issue of dental care provision for seniors, the major parties “can’t handle the tooth” – a soundbite delivered via extreme close-up.

Major parties can’t handle the tooth! I support the plans of ⁦⁦@ADASouthAus⁩ to dramatically improve the dental care of senior Australians, as well as the calls of ⁦@NationalSeniors⁩ and ⁦@COTAAustralia⁩. pic.twitter.com/u3aUQBdRes

If the optics of that were confronting, I’m not sure anyone needed the Facebook video of the former-and-aspiring senator perched upon his proverbial ‘throne’ – his dignity shielded only by a strategically-placed Advertiser supplement – urging viewers to vote for someone who “gives a shit”.

Xenophon, of course, is facing off against the heir to his throne (no, not that one – the senate one), former staffer Rex Patrick, whose name will be visible above the line on the senate ballot paper.

Because of the 11th hour timing of his candidacy, however, Xenophon’s won’t be – so his final-week pitch to prospective voters has him explaining as creatively as possible how to actually vote for him.

That involves filling in the box marked ‘O’, so Xenophon’s latest ‘viral video’ has him ingeniously coupling the letters O and X to make his point (though surely he’s missing some kind of ‘no bull’ crossover motif here?)

It’s unclear just how viral it is though: by late morning the post on Twitter had captured fewer than 400 views – quite a few thousand short of a senate quota.

But at least the former stuntmaster’s social media output has outshone his campaign home page, which contains a list of burning ‘frequently asked questions’ that demand answering.

The first he answers by way of a distinctly downbeat video address, in which a black-clad Xeno laments that he’s spent four years “trying to be a political hermit” but now “can no longer sit on the sidelines” (missing, one might suggest, a fairly obvious chance for another movie quote, Al Pacino’s despairing ‘just when I thought I was out, they pull me back in’ from the third in the decreasingly popular Godfather series).

The next two questions are answered fairly rudimentally: is a crossbench vote wasted? Why no, apparently not!

And what of his Huawei connections?

For as we roll into the final week of the campaign, even a former senator on the toilet isn’t the strangest sight we’ve seen on the proverbial hustings.

By chance, both major parties came out with Lord Of The Rings-themed campaign material in the last 24 hours.

Labor kicked things off with a Gollum-inspired ScoMo meme.

Morrison is keeping his precious ($1 an hour pay rise) away from Australian workers.

Is it worse than the Libs’ previous ad, the most annoying political earworm attempt of all time sung a capella to the tune of ‘there’s a hole in your bucket’, but with the ingenious substitution of the word ‘budget’?

Probably not. In fact, it’s strangely compelling, although we’re not convinced it will shift any votes.

Double blues for the Libs in Sturt?

And at this point, the Libs are trying to sandbag all the votes they can.

Recent NewsCorp polling, both national and local, suggests the fight to cling on in Boothby could well be over – something SA insiders appear to have realised some time ago, when campaign resources began shifting east to Sturt instead.

But a NewsCorp YouGov poll this week suggested Christopher Pyne’s old empire – now overseen by his protégé James Stevens, a former chief of staff to then-Premier Steven Marshall – was very much in play, with the two-party vote virtually neck and neck.

The response has been immediate – if not a tad obvious.

Having focussed most of their SA appearances to date on Boothby and its candidate Rachel Swift, the Libs today put up Employment Minister Stuart Robert, flanked by Stevens in Sturt-based Holden Hill, to talk up “how the Coalition is investing in local jobs in South Australia”.

Awkwardly, only one ABC reporter turned up for this seismic event, with Stevens telling him: “I think I’m in a very tight contest in Sturt… I don’t take it for granted at all.”

If Stevens did lose Sturt though, it would be a major blow to the SA Liberals, whose moderate-dominated government lost power back in March.

Stevens is a poster-boy for the moderate faction, while the Sturt electorate would give the local ALP the one thing they didn’t manage to achieve at the state election: a foothold in the eastern suburbs.

As for Boothby, it feels like it’s been in play in almost every election this century, only to provide the backdrop for a succession of failed Labor efforts, among them the high-profile candidacy of Nicole Cornes and two attempts by Annabel Digance (later state MP for Elder and currently facing court charged with attempting to blackmail now-Premier Peter Malinauskas).

Ever the student of Labor history, senator Don Farrell today noted his party’s bleak past in Boothby stretches back somewhat beyond that; indeed, the last ALP member to hold it was Thomas Sheehy, from 1943 to ’49.

But Farrell notes an intriguing parallel.

“That was the year John Curtin was Prime Minister – and until two Saturdays ago that was the last time that Labor had ever launched its campaign in Perth,” he told reporters.

“So there is a good omen there.”

As for Malinauskas, he’s “reluctant to use the word confident”, because he’s “very wary of paying too much attention to polls”.

“Polls have been right and they’ve been wrong… it will up to the people of Boothby and Sturt to decide,” he said – conceding, however, that it would take a “very good day” to win the latter.

Still, the SA Libs have had a few bad days of late.

Notes On Adelaide is an occasional column telling the inside stories of Adelaide people, politics, institutions and issues. If you have information that you believe should be noted in this column, send us an email: editorial@solsticemedia.com.au

Notes On Adelaide is also a podcast – find our latest episodes here.