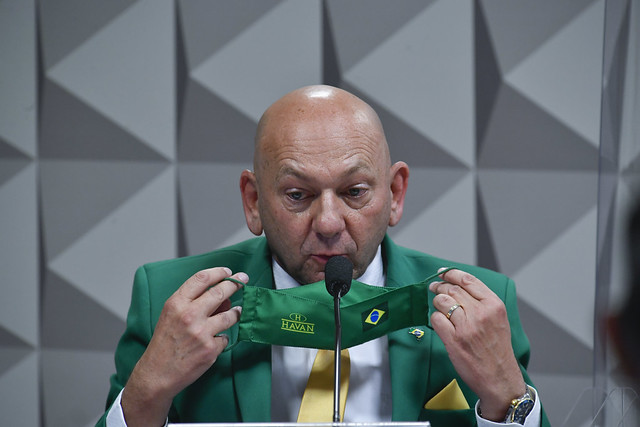 Luciano Hang, the controversial owner of Lojas Havan and one of the most vocal supporters of President Jair Bolsonaro, announced on Wednesday that he will drop his bid for a Senate seat in the southern state of Santa Catarina.

During a live chat on Instagram, Mr. Hang said that he intends to spend more time with his family and focus on his retail business, which was founded in 1986 and is now a behemoth with 170 brick-and-mortar stores employing 22,000 workers in several states.

The retail mogul said a recent accident in his family made him change his mind. “I will continue to work for Brazil, but I will not be a politician.”

Mr. Hang, worth USD 5.2 billion, is the archetype of the Bolsonaro-supporting businessman, having backed the former Army captain since day one. A fiery critic of left-leaning politicians, he has appeared at the president’s side several times. Indeed, they are so close that Bolsonaro said he fired members of Brazil’s National Institute of Historic Heritage at Mr. Hang’s request.

The 59-year old was also involved in the government’s Covid controversies. With most of his brick-and-mortar operations hit by lockdowns, Mr. Hang sided with the president against protective measures and promoted controversial, unproven cures against the virus. He was one of the 81 people indicted by a Senate committee investigating Brazil’s Covid response.