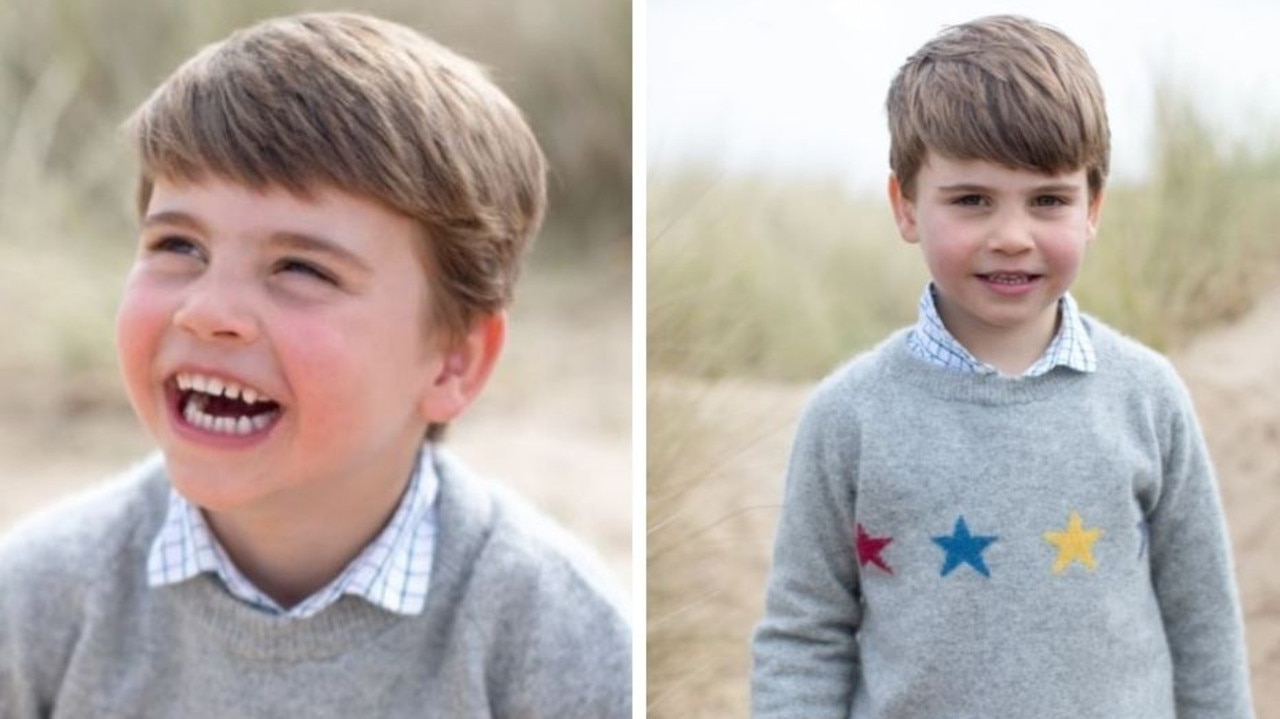 Prince Louis can be seen beaming as he plays on the beach in four adorable new shots to mark his fourth birthday.

The sweet photographs were taken earlier this month in Norfolk by mum, the Duchess of Cambridge.

The fifth in line to the throne can be seen playing barefoot in green shorts and a grey jumper decorated with stars.

Kensington Palace released the sweet shots on Friday, saying: “The Duke and Duchess of Cambridge are pleased to share four new photographs of Prince Louis ahead of his fourth birthday tomorrow.”

It follows many royal fans commenting on how similar Louis looks to a young Kate – and also grandad Michael Middleton.

He made history as the heaviest heir to the throne in a century, weighing 8lb 7oz when he was born.

The Cambridge tot is now a member of the $24,769-a-year Willcocks nursery, where children take nature classes, practice poetry and learn how to cook.

Earlier this year, Prince Louis was described by mum Kate as being “kamikaze” when he plays sport.

The Duchess of Cambridge made the revelation during an England training session as patron of the Rugby Football Union (RFU).

Speaking to the players, proud mum Kate said George, eight, plays rugby and netball with girls and boys at his school, Thomas’s Battersea.

She added: “Now that there is a move towards co-ed sport, so it’s not just girls playing netball, but other sports like rugby, which is great.”

Of her children’s enthusiasm for rugby, she added: “They’re all enjoying it, Louis is kamikaze, we’re worrying about when he gets older, he’ll be in the middle of everything.”

She also joked with users of app Mush, which helps new mums make local friends, that her playful Louis was too noisy to bring along to the meet up.

Mum Christine Thatai said Kate said: “She didn’t bring Louis along as there was a fountain where we met, and he would have been in the fountain, splashing around making a big racket.”

The tot is doted on by his great grandma, the Queen, but she has a rival — Louis is enamoured with Bake Off judge Mary Berry.

The Duchess of Cambridge revealed that her youngest son is a huge fan, saying: “One of Louis’ first words was ‘Mary’.”

He cheers whenever he sees her on TV and likes to point out what he would like to eat from her cookbooks kept in the Royal household.

He made his public debut at Trooping The Colour and made fans smile as he waved enthusiastically at the crowds from the Buckingham Palace balcony.

And just like both his parents, he is a fan of the outdoors.

During a visit to the Royal Horticultural Society in Wisley, Surrey, Kate told one guest that her youngest son is a nature lover and “loves to smell flowers”.

He isn’t afraid to get stuck in if there is fun to be had.

Before the pandemic, Kate, who has said she is keen for her children to live as normal a life as possible, took Louis to $21 weekly music classes.

This story was originally published in The Sun and has been reproduced with permission.