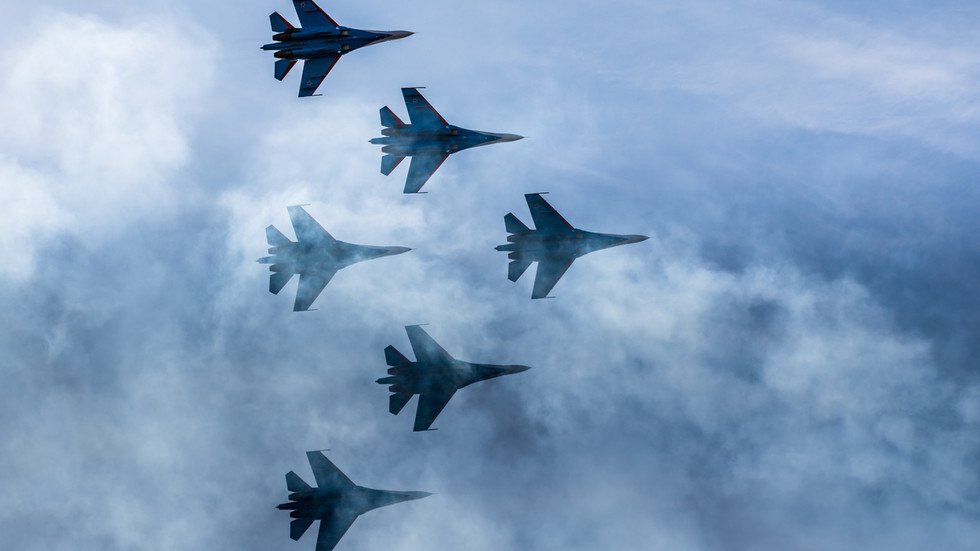 Pentagon chief Lloyd Austin said a no-fly zone over Ukraine remains off the table, explaining that the move would mean direct confrontation between US and Russian fighter jets and likely a hot war with Moscow.

Asked about Ukrainian President Volodymyr Zelensky’s repeated calls on Western powers to take control of his country’s airspace to repel a Russian attack, Austin said the Joe Biden administration would not take up the request, citing the risk for escalation.

“Enforcing a no-fly zone actually means that you’re in combat, you’re in a fight with Russia. And that’s one of the things that we have said, that our president has said, that we weren’t going to do,” the defense secretary said.

In order to control the skies, you have to shut down the air defenses that are on the ground and some of those air defense systems are in Russia. And, so again, there’s no easy or simple way to do this. No, there’s no such thing as a no-fly zone light. A no fly zone means that you’re in a conflict with Russia.

Austin went on to note that while there are some “effective” means of defense against long-range missiles and artillery, a no-fly zone would be of little help against such weapons, namely when they are used from within Russian territory.

“The rockets are actually cruise missiles… that were fired from aerial platforms, I think you know that those were fired from actually inside of Russia, so a no-fly zone would not have prevented that activity,” he continued.

President Biden has been under increasing pressure to step up US aid to Kiev, having already sent hundreds of millions in arms and other military hardware prior to a new $800 million weapons package this week. The latest shipment includes 800 Stinger anti-aircraft systems – a newer addition to Ukraine’s arsenal – as well as thousands of tank-killing Javelin missiles.


In an address to American lawmakers on Wednesday, Zelensky again pleaded for a no-fly zone enforced by the NATO bloc, though acknowledged the move is a red line for the Biden administration. The US president was apparently not persuaded by the latest appeal, as White House press secretary Jen Psaki told reporters that an NFZ was still not an option soon after Zelensky’s address, stating “We are not interested in getting into World War III.”

Nonetheless, the defense secretary said that Washington would continue to “do everything within our power to support Ukraine in their efforts to defend their territory,” including by reinforcing the Ukrainian military with arms and munitions, as well as helping to “backfill” the armories of foreign allies who provide weapons of their own.

Russia sent troops into Ukraine in late February, claiming the government in Kiev had failed to live up to peace deals to end fighting with two breakaway republics in the Donbass region while setting out to “demilitarize” and “denazify” the country. Ukraine says the attack was unprovoked and insists it had no plans to reclaim the separatist areas by force, a stance echoed by the United States and a long list of allies, who have retaliated with a raft of harsh sanctions in addition to the ongoing arms shipments.