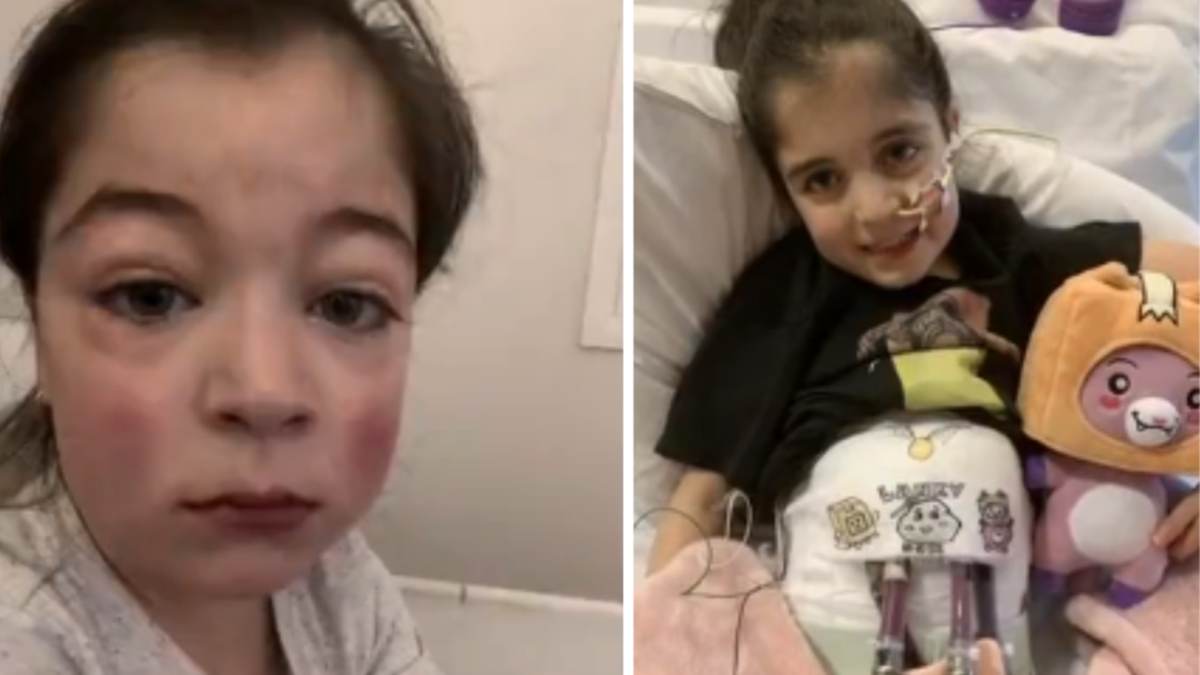 The parents of an eight-year-old girl are praising the Royal Children’s Hospital for saving their daughter’s life after she suffered a stroke.

With just three days until this year’s Good Friday Appeal, Sienna’s parents hope that everyone is inspired to dig deep when donating.

Sienna Spiteri was just six when she suffered a stroke and a devastating blood clot was found in the little girl’s brain.

Sienna was diagnosed with a rare cardiomyopathy, which is a disease of the heart muscle making it difficult for the heart to deliver blood to the body.

By the time she was transferred to the Royal Children’s Hospital, Sienna was in end-stage heart failure.

Her only hope was not one, but two, mechanical hearts.

“There was one for the right side of the heart and one for the left,” cardiologist Dr Jacob Matthews told 7NEWS.

“This is really showing us what technology can do.”

In a paediatric first, doctors used a powerful anti-coagulant made from leech saliva to prevent dangerous blood clots.

Sienna’s health improved and she learned to walk again and then received the ultimate gift – a donor heart.

“You’re obviously happy and over the moon that she’s been given this special gift, but then you’re sad for other parents that obviously lost their child,” Monica said.

Siena’s heart is beating perfectly and she will soon be able to leave hospital and return home.

To donate to the Good Friday Appeal, visit the website.