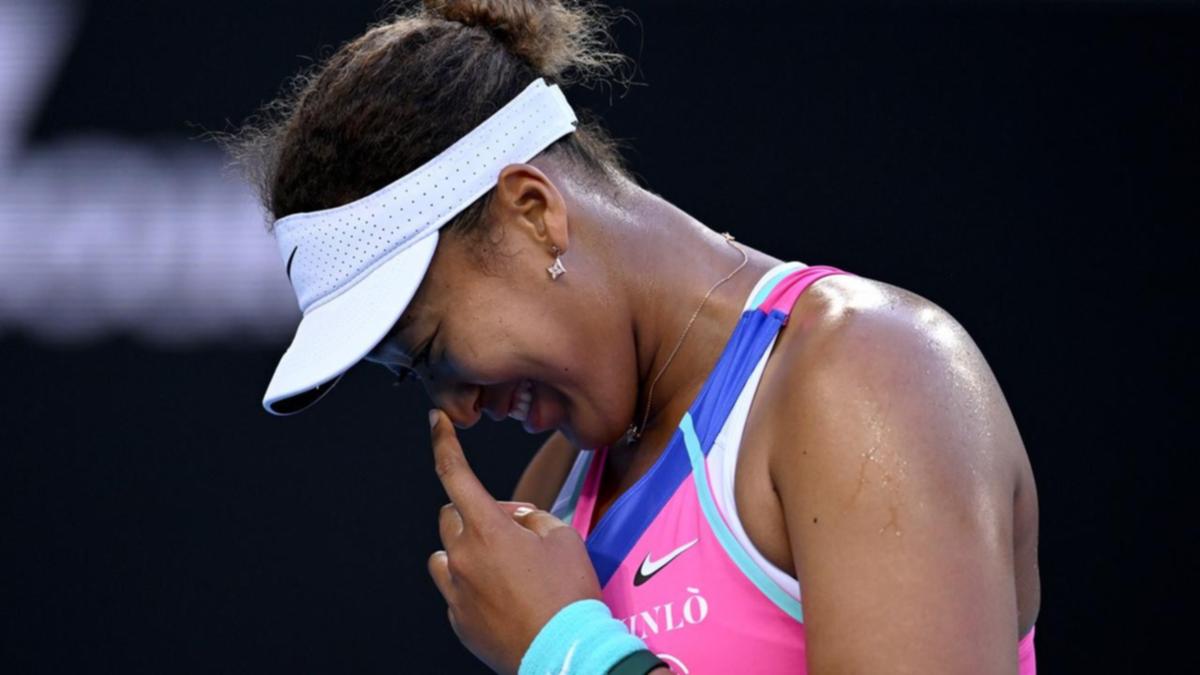 Naomi Osaka says she’s proud of herself after her Australian Open dethronement, but tennis luminaries worry over how she’ll rebound from her wounding loss at Melbourne Park.

After her final set tie-break defeat to Amanda Anisimova, Japan’s Osaka seemed much more at peace than the tormented figure who announced tearfully after last year’s US Open she was taking a break from the sport.

“I’m not God! I can’t win every match,” Osaka shrugged in much more philosophical mode in Melbourne.

“The last match that I played in New York I think I had a completely different attitude.

“Of course I lost, but I’m happy with how it went. I just want to go into this year knowing that I’ll play the whole year and I’ll just have the greatest attitude ever.”

Yet following what must have been a particularly hard loss to take against Anisimova, after holding two match points, Osaka is set to freefall down the rankings from No.14 to No.84 with questions hanging over how she’ll respond after her mental health struggles in 2021.

“Osaka is an extremely difficult position, in some ways she’s put herself in,” said triple Wimbledon champion John McEnroe on Eurosport.

“This is another hurdle she’s going to have to overcome mentally. Unfortunately, while the era of bringing mental health to the forefront is a great idea, now we’re going to be discussing it more (with Osaka).

“Things are going to be talked about quite a bit and, for me, shed more light on her.

“So she’s going to have to be prepared to handle that or else she’s not going to be playing a lot of tennis events.”

The rankings freefall has largely come about after Osaka’s lack of activity in 2021 but it will still be a shock to see the world’s biggest-earning woman athlete, in the prime of her career at 24, languishing at such a low ranking.

“I’m not sure we’re ever going see the Naomi Osaka who’s going to win grand slam tournaments again but I think it’s really important that we realise that it’s going to be tough for her and should we help her out by laying off her a bit,” said the Swede.

Yet the introverted Osaka, who’s determined to enjoy herself on court this year, should never be written off.

“Even though I lost, I was really focused throughout the entire match, and didn’t have a dip,” she said.

“So that’s really good. Hopefully, as the season continues, I’ll be able to keep this up, and get even better at it.”

Why not? After all, Osaka may have failed to successfully defend any of her four grand slam titles the following year, but the fact she’s already bounced back to win the US and Australian crowns a second time should serve as a salutary reminder that this is no ordinary athlete.