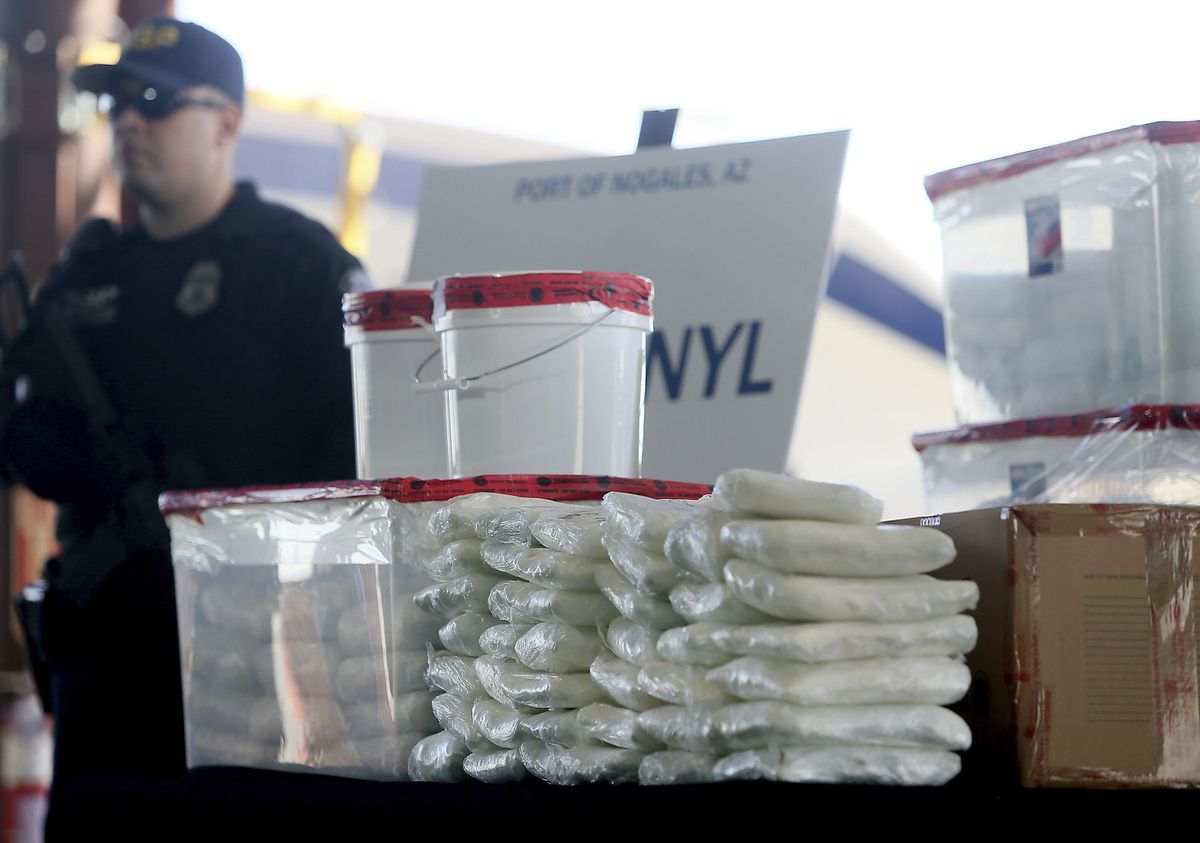 “We took cocaine and there are some people who are not responding,” said the 911 caller from an Airbnb in Florida’s Wilton Manors. The nine-person spring break vacation, which included five West Point military academy cadets, had turned into a nightmare that Thursday, March 10. Seven had to be admitted to the hospital after suffering an overdose. The cocaine they consumed had traces of fentanyl, the potent opioid chemical that is 50 times stronger than heroin and used in cancer treatments.

The Florida episode is just one of several that have recently been reported. This Wednesday, the Drug Enforcement Administration (DEA) alerted police forces throughout the United States to an increase in the number of mass overdoses, which is defined as the intoxication of three or more people at the same time. “In just the past two months, there have been at least seven confirmed mass overdose events across the United States resulting in 58 overdoses and 29 overdose deaths,” said Anne Milgram, the head of the DEA, in a letter to law enforcement agencies. “Last year, the United States suffered more fentanyl-related deaths than gun-related and auto-related deaths combined,” she added.

According to Milgram, drug traffickers are mixing fentanyl, a highly addictive drug, with other substances in pill or powder form to further hook their customers. Agents have found that those who think they are using cocaine are actually taking the synthetic opiate. Fentanyl has also been found in counterfeit OxyContin, Percocet and Vicodin pills, drugs that are widely consumed in the illegal drug market and can legally only be purchased with prescriptions prescribed by doctors.

“This is creating a frightening nationwide trend where many overdose victims are dying after unknowingly ingesting fentanyl,” said the agency’s administrator.

Two milligrams of fentanyl is enough to kill a person, Max Eckmann, a doctor who belongs to the Texas Medical Association, said Tuesday. To put it in perspective, that amount fits on the tip of a ballpoint pen, Eckman added, stressing that the drugs on the streets of the US today “are more powerful and deadly than ever before.”

Anne Milgram, the head of the DEA

No one died at Wilton Manors. In previous weeks, however, fentanyl left a trail of death across the country. On March 4, 21 people in Austin, Texas, overdosed at a shelter for homeless people, which is one of the segments of the population suffering most from fentanyl addiction. Three died after consuming crack and methamphetamines cut with the opiate, which is 100 times more potent than morphine. A day earlier, three people died in a hotel room in Cortez, Colorado. Fake 30-milligram OxyContin pills, supplied as a pain treatment, were found at the scene. On February 20, it was the same outcome for five people in a Commerce City apartment, also in Colorado, who believed they were taking pure cocaine. Similar episodes have been reported in Nebraska, Missouri and Washington, the nation’s capital.

The DEA considers that the country is suffering from an epidemic of fentanyl addiction. The United States has recorded 105,000 deaths from drug overdose between October 2020 and October 2021. Compared to the previous period this is an increase of about 30%, with fentanyl responsible for nearly seven out of 10 of those deaths. The groups most affected by illegal drugs are Black and American Indian or Alaska Native men. In 2020, among Black men, there were 54 overdose deaths per 100,000 people, according to figures reported by the Pew Center. Among the latter group, the figure was 52 deaths per 100,000 people. Whites were the third most affected group.

The high number of overdose deaths also has a political component. Republican candidates are using the issue in the run-up to the November midterm elections to call for a tough immigration crackdown and tighter controls on the border with Mexico. J.D. Vance, a Trump-backed best-selling author seeking to run for Senate in the state of Ohio, has released a campaign ad where he claims that “Joe Biden’s open border is killing Ohioans, with more illegal drugs […] pouring into this country,” adding: “I nearly lost my mother to the poison that is coming across our border.” His state has one of the top four highest rates of overdose deaths in the country. Many experts claim that drug cartels receive fentanyl from China and then introduce it to the market.