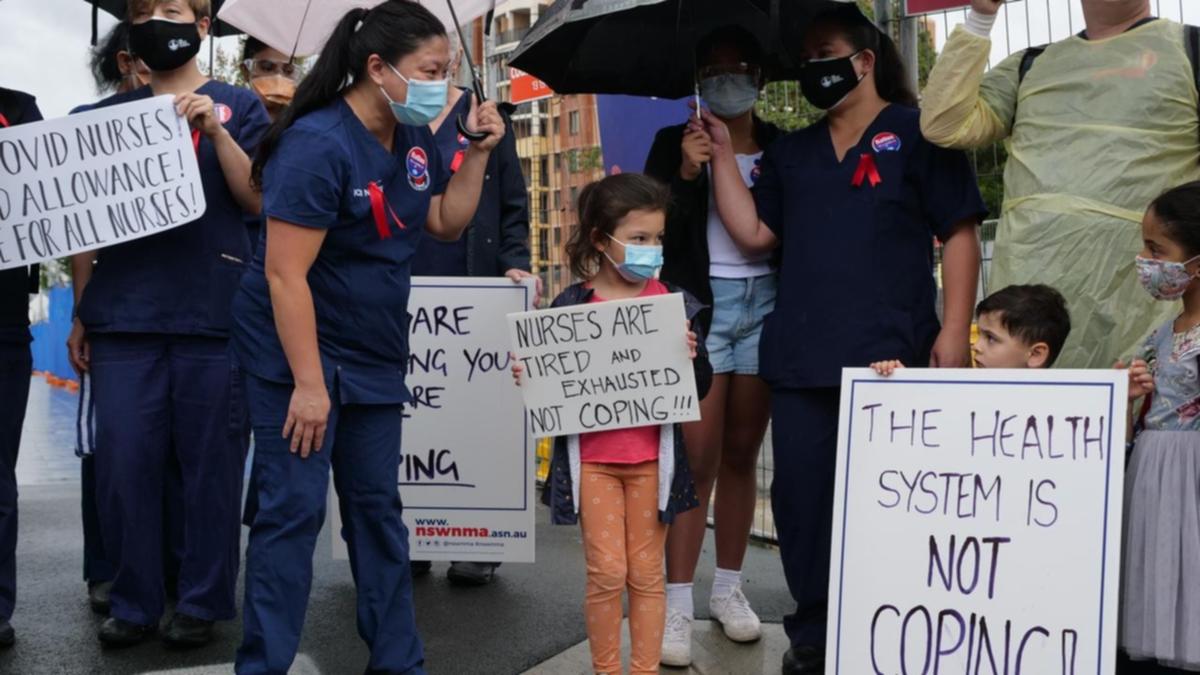 Thousands of NSW nurses will walk off the job this week for the first time in a decade as part of a long-running campaign for better staffing and pay.

NSW Nurses and Midwives Association General Secretary Brett Holmes says the strike will impact 150 public hospitals when nurses strike from 7am on Tuesday.

The timing and length of the action will vary from hospital to hospital and skeleton staff will remain at work to ensure patient care.

Mr Holmes said it was “really painful” for nurses to take strike action but they had to send a strong message to Premier Dominic Perrottet.

“If he doesn’t listen there will be tens of thousands of nurses who are considering their future,” he told Sydney radio 2GB on Monday.

The union has been pushing for minimum staff-to-patient ratios.

“We need a health system where there’s a guarantee that there are enough nurses and midwives on every shift, not just on average over a seven day period,” he said.

Nurses are also unhappy with the government’s 2.5 per cent a year pay offer, which Mr Holmes described as “a complete insult” to nurses who put themselves on the line every day during the COVID-19 pandemic.

“Nurses and midwives have done everything possible to try and keep people alive and the government basically slapped them in the face with this,” he said.