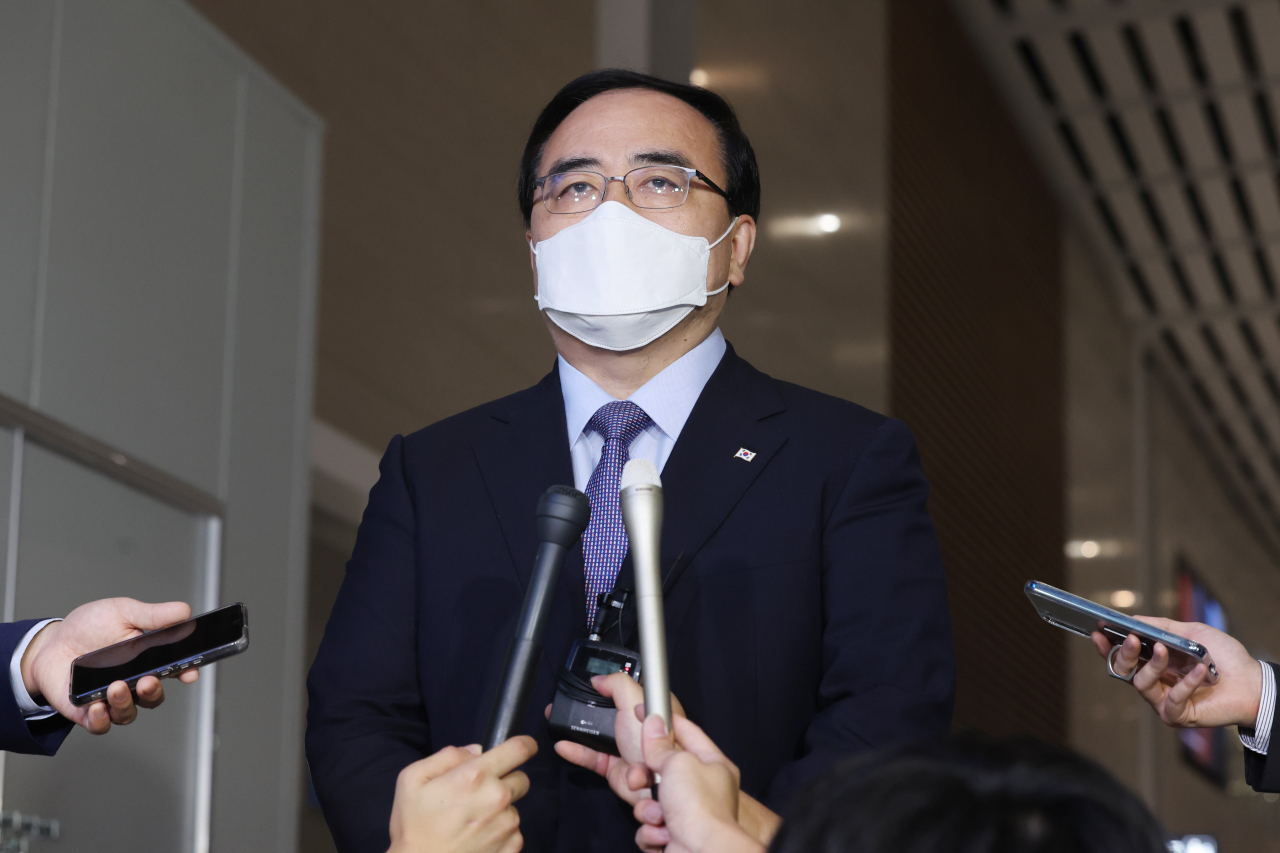 South Korea’s national security adviser Kim Sung-han said he had discussed a bilateral summit between the leaders of the two nations with his Japanese counterpart, hinting it could take place as early as the middle of this month at the United Nations General Assembly.

Kim returned home Friday after a two-day meeting of the chief security officers of South Korea, the US and Japan and bilateral meetings with the two nations, respectively.

He added, “I think there will be an opportunity for the two leaders to meet in the form of so-called ‘shuttle diplomacy’ and clarify a specific solution if it is necessary before or after the UN and other multilateral meetings.”

When asked if there is a possibility at the UN General Assembly at the earliest, he replied, “We are leaving that possibility open.”

If the Korea-Japan summit is held this month, it will be the first at the highest level in two years and 10 months, since former President Moon Jae-in and former Prime Minister Shinzo Abe held bilateral talks in December 2019 in Chengdu, China.

Yoon and Kishida have emphasized the improvement of bilateral relations through phone calls and Korea-Japan policy delegations.

Earlier, the possibility of holding the first Korea-Japan summit during the NATO summit in Madrid in June was raised, but it failed to materialize.