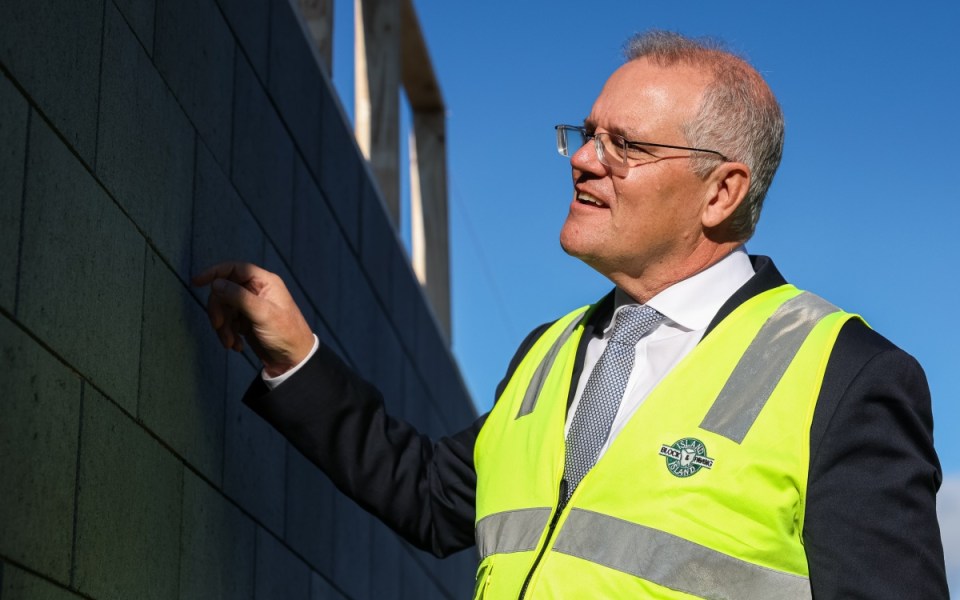 Given the frequency of Scott Morrison telling lies – Bernard Keane has filled a whole book with them – telling the Australian Financial Review a fib about immigration levels just before an election is small beer, but also telling.

Mr Morrison would like voters to think Australia won’t issue the 160,000 permanent visas included in the budget papers for the new financial year.

“We’re not even going to get close to that cap in the short term because we are seeking to rebuild the program, reopen the lines of people being able to come to Australia,” Mr Morrison told the AFR.

The business lobby, keen as ever to keep wages down, is pushing for the borders to be thrown open much wider, but the average voter might not be as enthusiastic.

That is reflected in the Prime Minister assuring the AFR that his immigration policy will be “balanced”.

“Balancing up the need to ensure that we maintain the quality of life and ensure not too much pressure on the services and systems and infrastructure in our cities, but also of meeting the real population needs of states like Western Australia, South Australia, Tasmania, the Northern Territory, and getting people out to our regions,” he said, apparently suggesting a degree of population movement control hitherto unknown here.

“This is just rubbish as the Department of Home Affairs (DHA) will readily deliver the 160,000 migration program visas in 2021-22 and is in fact managing places carefully to not go over 160,000,” Dr Rizvi wrote in Thursday’s Pearls & Irritations.

“The visa application backlogs for many categories are more than enough to deliver the program. It would be more accurate to say the government is struggling to manage the visa system, which is gridlocked and in chaos.

“To avoid going over the 160,000 program set by cabinet, DHA has resisted pressure from state/territory governments to give them additional allocation to nominate more skilled migrants and has not issued additional invitations in the skilled independent category since January 2021.”

Dr Rizvi suspects the Morrison quote came from the Prime Minister’s office without being checked by the Immigration Department.

Well, when you already have filled a book with lies and falsehoods with little blowback, why bother checking anything?

P.S. The ability to import workers and the shortage thereof keep being cited as factors in our inflation numbers and the suggested role of higher wages in causing more inflation.

It is interesting then to note that the state with the lowest unemployment rate is Western Australia – just 2.9 per cent, according to the Australian Bureau of Statistics on Wednesday.

Perth also has by far our highest inflation rate – 7.6 per cent for the latest year, 3.3 per cent in just the March quarter.

Yet WA also has below-average wages growth, our second lowest for the year and the quarter, 2.2 per cent and 0.5 per cent respectively.

This means workers in the state with the lowest unemployment rate and the highest inflation rate have the dubious distinction of watching their living standards fall the most.

Yes, Virginia, wages going backwards in real terms (and going backwards even faster in real, take-home terms) won’t be solved by leaving it to “market forces” in our present system.