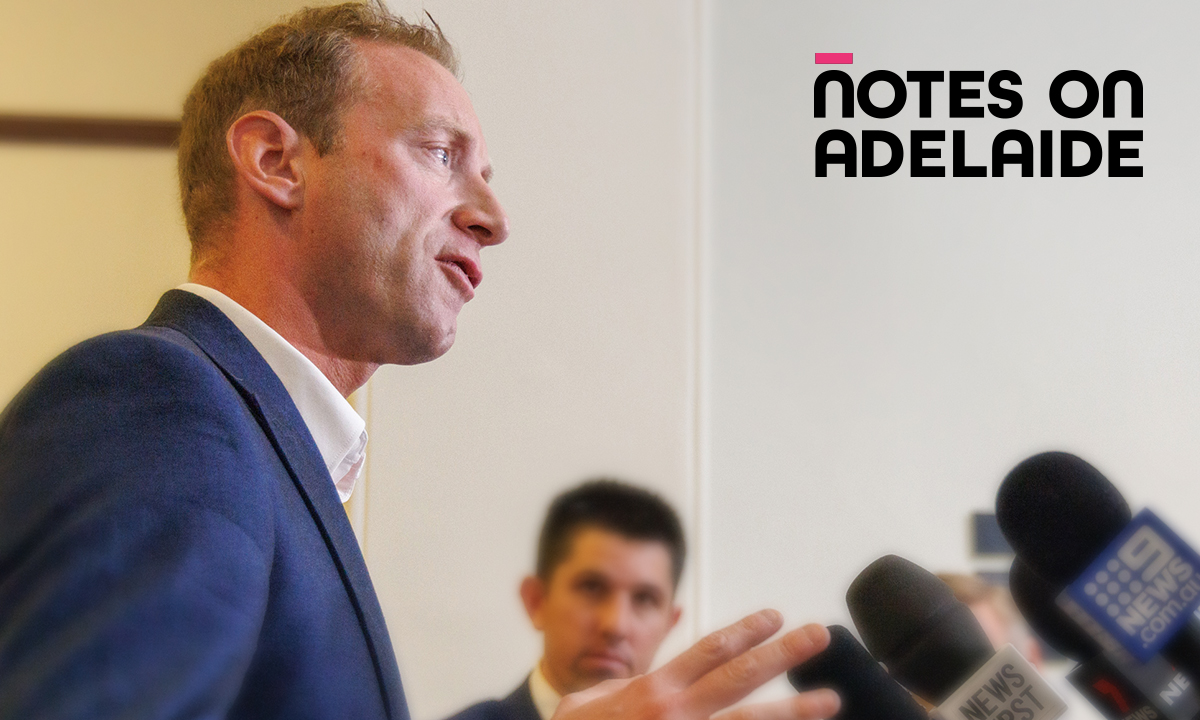 Speirs, an unusual combination of social conservative and environmental activist, talks about his upbringing in remote Scotland, his atypical political career path, and his desire to rebuild his party’s approach to politics. In contrast to his predecessor, Speirs is focused on his party building a coherent vision for the state. We also quiz him about party stalwart Vickie Chapman’s resignation on the day of his election, and his controversial comments about religion and politics.

Notes on Adelaide is a weekly current affairs podcast driven by the independent journalism of InDaily, CityMag and SALIFE, and produced by Solstice Podcasting.

New episodes are uploaded weekly. You can find the podcast on InDaily or on your favourite podcast app including Apple Podcasts and Spotify.

Listen to our previous episodes here.