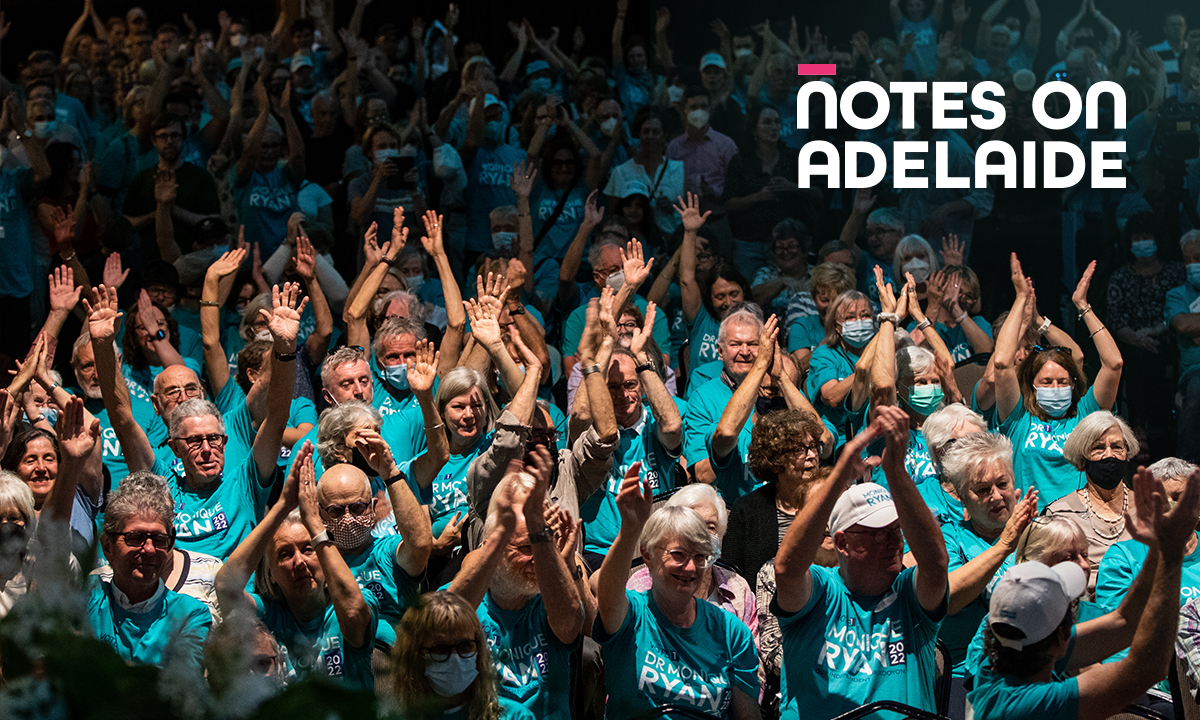 In this week’s episode we talk to two women – one an independent candidate previously linked with Labor, the other a political consultant, who was once a prominent member of the Liberal Party – who are both hoping to contribute to an independent challenge to the major parties at the May 21st federal election.

Chelsey Potter was once an adviser to a federal Liberal minister. She now has her own political consultancy – Suffragette Group – and she’s devoting her experience and expertise to helping independent women get elected to parliament.

In the state election, she advised Goolwa occupational therapist Lou Nicholson in her campaign which nearly unseated then Liberal cabinet member David Basham in the once safe seat of Finniss. In the federal campaign, she’s working with Wudinna bakery owner Liz Habermann who, like Nicholson, shocked the Liberal party with her showing in the ultra-safe Liberal seat of Flinders. Habermann didn’t win the seat, but she has now turned her sights to the giant, safe federal Liberal seat of Grey.

Joining Potter this week on Notes on Adelaide is Jo Dyer – the former Adelaide Writers’ Week director who is standing as an independent in South Australia’s most marginal seat, Boothby, held by the Liberals.

Dyer’s candidacy is backed by Climate 200 – an advocacy group that’s raising funds to, in their own words, “support around 20 underdog candidates who stand for cleaning up politics and following the science on climate change”.

Dyer once sought preselection for the Labor party – and she explains why she gave up on the ALP to pursue an independent route to parliament.

Notes on Adelaide is a weekly current affairs podcast driven by the independent journalism of InDaily, CityMag and SALIFE, and produced by Solstice Podcasting.

New episodes are uploaded weekly. You can find the podcast on InDaily or on your favourite podcast app including Apple Podcasts and Spotify.

Listen to our previous episodes here.