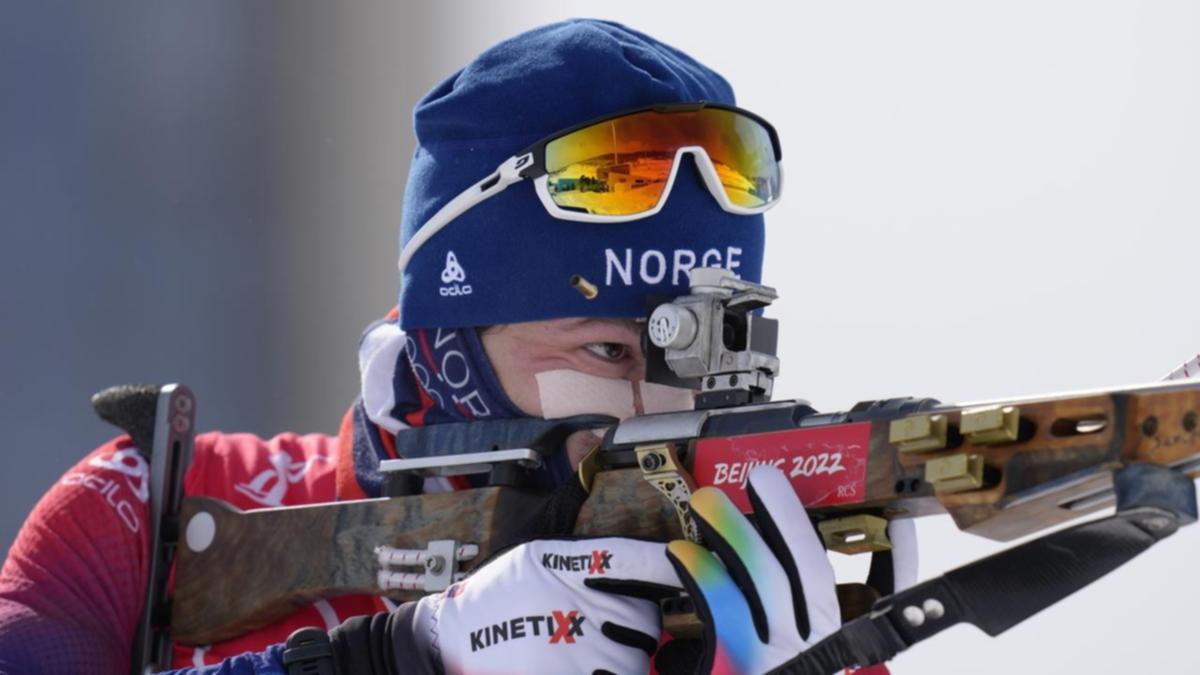 Johannes Thingnes Bo got a third gold as Norway came from behind to claim an improbable Olympic biathlon relay title after Russia threw away what seemed an assured gold at the final shooting portion.

Eduard Latypov led three chasing teams by some 40 seconds into the final shooting but then collected two penalty laps.

Germany also had a penalty lap and France had to reload while Norwegian anchor Vetle Sjaastad Christiansen hit all five targets after Bo and brought them back into contention on the third leg after the world champions had an early penalty lap from Sturla Holm Lagreid.

The quartet, which also included Tarjei Bo, won in 1 hour 19 minutes 50.2 seconds. France got silver 27.4 seconds back and Latypov at least salvaged bronze for the Russians, 45.3 seconds back.

The French team was anchored by Quentin Fillon Maillet, who has medalled in every race he has contested at the Games.

He now has two gold and three silvers ahead of the concluding mass start.

Johannes Thingnes Bo added relay gold to that from the sprint and mixed relay, and he also has a 20km bronze.

“We’ve won many relays in the World Cup before this Olympic relay, and we really wanted to win today as well,” he said.

While Lagreid’s penalty lap did not hurt in the end, things looked different for Latypov.

“I am also disappointed and I ask for forgiveness that this happened. We fought for the gold and we were not able to do it. We all wanted it and the guys did everything that they could to achieve this and on my leg, it did not work out,” he said.

“There was this gust of wind and my feeling was not so good, the concentration was not what I wanted it to be. I tried to change things up, but here it was more of a psychological issue.”