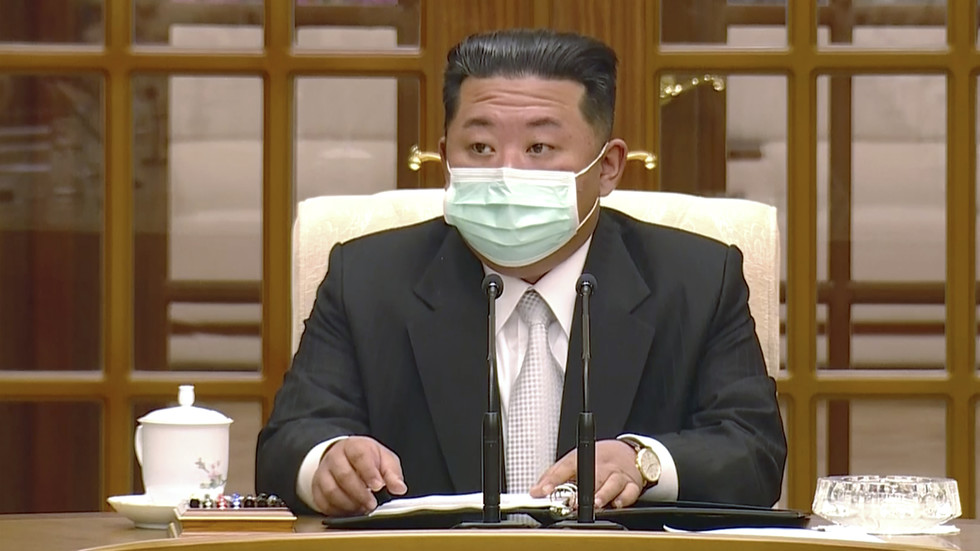 North Korean officials have confirmed several deaths in a mysterious fever outbreak, including one person who tested positive for Covid-19 – reportedly the country’s first verified coronavirus case since the pandemic began.

Hundreds of thousands of North Koreans have fallen ill with an unknown ailment in recent weeks, the state-run KCNA reported on Thursday, citing officials. Of those, six have died, among them one carrier of the Covid-19 Omicron variant.

“A fever whose cause couldn’t be identified explosively spread nationwide from late April and more than 350,000 people got fever in a short span of time,” the outlet said, noting that 18,000 new infections were tallied on Thursday alone. Nearly 188,000 people are currently in quarantine and receiving treatment.


The agency offered few other details about the outbreak and stopped short of attributing Covid-19 as the cause of death in any of the fatalities, which come less than 24 hours after the very first publicly confirmed coronavirus infection in North Korea. Officials previously claimed that strict border closures and other containment policies had successfully insulated the country from the global pandemic.

The first confirmed case triggered a “maximum emergency quarantine system” nationwide on Wednesday, with the government vowing to step up containment measures across “all institutions and all sectors of the country, including party, administrative and economic institutions at all levels.”

During a visit to the government’s emergency epidemic prevention headquarters on Thursday, national leader Kim Jong-un argued that the fever outbreak showed “an imperfection in the anti-epidemic system,” stating that cases had popped up around the capital city of Pyongyang and elsewhere. Kim previously criticized health officials for “ignorance, laxity, irresponsibility and incompetence” following the announcement of the first confirmed Covid infection one day prior.