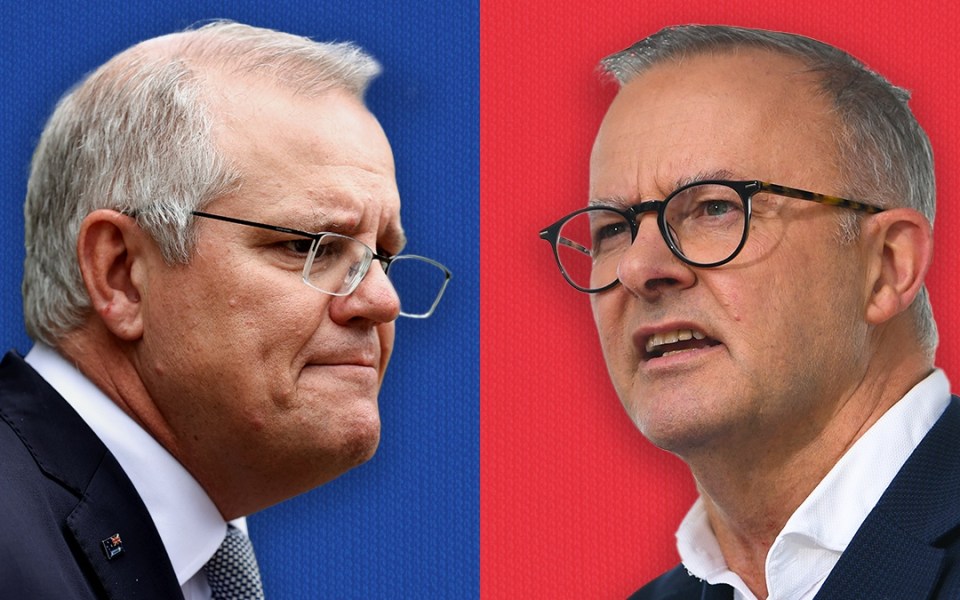 Anthony Albanese has attacked the Prime Minister’s “stick with the devil you know” plea to Australians, pledging to create a lasting legacy if he wins office on May 21.

Addressing a Labor rally in Launceston, an energised Mr Albanese sough to pick apart the Liberals’ claim that the re-election of the incumbent government would result in greater economic stability.

“This government have been in office for almost a decade and they’re saying just give us three more years and we’ll get around to it,” he told a room of 300 supporters.

“People know all about Scott Morrison. They’ve worked him out.

“The truth is, only the Rolling Stones ever got away with asking us to have sympathy for the devil and he is certainly no Jagger or Richards.”

Mr Albanese also said he wanted to inspire Australians during his time in office.

Mr Morrison has previously stated he doesn’t think about his legacy, but rather focused on the tasks ahead.

“Why would you do this job if you don’t want to leave a legacy and change Australia for the better?” Mr Albanese said.

“Legacies inspire us to reach for even greater heights. To reach for our days that I know can be ahead of us.”

The opposition leader has often drawn on the legacies of his predecessors to position Labor as the party of economic and social reform, lauding the introduction of Medicare, anti-discrimination legislation, superannuation and the NDIS.

Mr Albanese has positioned universal child care as the centrepiece of his economic policy and subsequent legacy, as Labor’s plan focuses on increasing productivity and increasing wages by boosting the workforce.

Announcing $26 million for manufacturing jobs at the rally, Mr Albanese used the pledge to locals to build on Labor’s policy of strengthening onshore manufacturing and improving supply chain resilience.

There will also be $15 billion worth of equity and finance available for local businesses through Labor’s National Reconstruction Fund.

“(These are) commitments consistent with the need to have a future made right here in Australia,” he said.

“Coming out of COVID, Australia needs to learn the lessons of the pandemic. We need to stand on our own two feet.”

Mr Albanese also used the pledge as a springboard into Labor’s policy to drive down the cost of living through more secure work.

“Casual work, for some, is great. My son has a casual job at Woolies. It gets him an income while he’s at uni, its fantastic,” he said.

“But we shouldn’t take away the potential for people, when they finish TAFE or university or school, to have permanent work. For too many people, it’s becoming just too hard.”

‘That’s not the plan’

But Mr Albanese rejected those figures, saying they did not come from Treasury or finance spokespeople.

“That’s not the plan. We will release all of our costings in the usual way,” he said on Saturday.

“I did see (the report) in the paper, I don’t know what it’s based on. It’s certainly not based upon comments from the finance shadow minister or the shadow treasurer.”