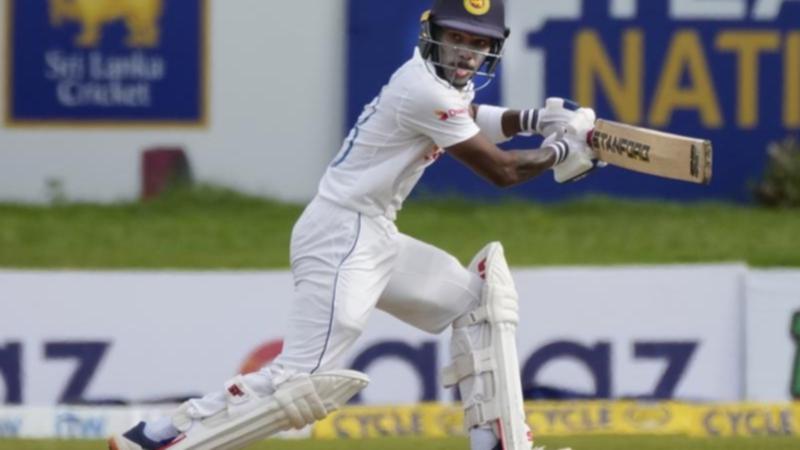 Opening batsman Pathum Nissanka scored an unbeaten 61 to get Sri Lanka off to a solid start on the first day of the second Test against the West Indies.

The hosts reached 1-113 at stumps when play was suspended because of bad light in the 35th over on Monday.

The start of play had been delayed until after lunch due to rain.

Nissanka, who completed his third Test half century, and captain Dimuth Karunaratne shared 106 runs for the first wicket.

Karunaratne, who scored 147 and 83 in the first Test, looked surprisingly rusty in his 90-ball 42 before being caught and bowled by offspinner Roston Chase.

Nissanka looked more fluent as his runs came off 109 deliveries. He hit a six and four boundaries.

The pitch in Galle had spin and bounce on the first day but the three West Indies spinners failed to take full advantage. Chase finished the day with 1-33.

The West Indies made two changes from the first Test, which they lost at the same venue by 187 runs.