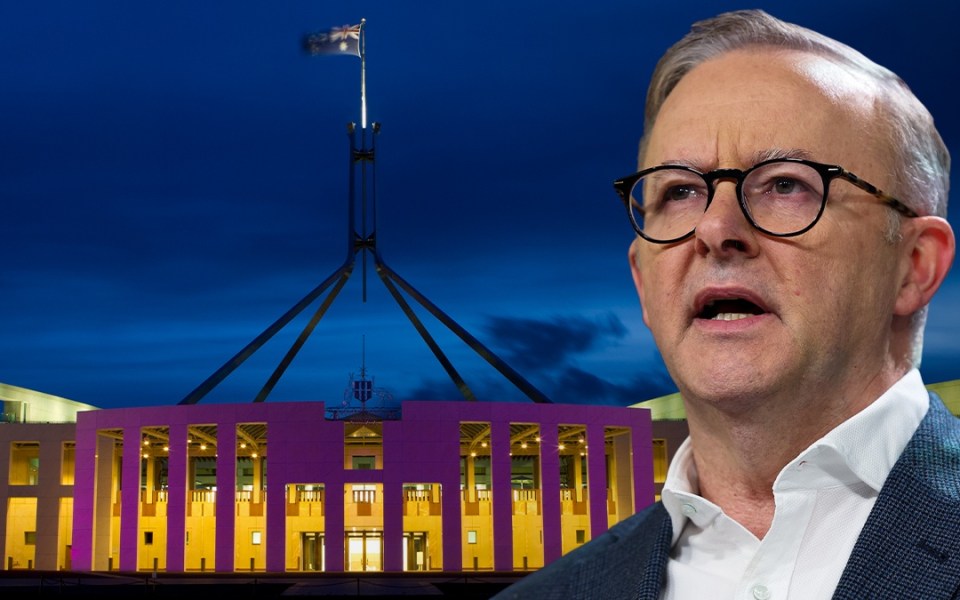 The 47th Parliament opened with the promise of change and the performance of some of the kooky Victorian-era rituals.

Prime Minister Anthony Albanese came to power with a slogan of “safe change” some criticised as uninspiring.

When it came to how he would govern though, his pledges were expansive.

Standing on Marrickville Town Hall steps on election day, the soon-to-be-PM promised with a surging voice to change politics itself.

He seemed to be persisting on Tuesday.

“You’re not here for that long,” he said before his voice quavered and a tear sprang to his eye.

The PM’s openly emotional moments (this is his third documented wet-lidding since the campaign’s end) are powerful and unexpected.

But changing the focus of politics will not come so easily and much of it is not directly in his control.

The Senator referred to the near-perfect division of each House of Parliament between MPs taking official advice to wear a mask and those who did not, an issue that somehow divides on tribal lines.

Crossbench MPs sworn into the lower house reminded of the election shock that shaped this Parliament and which could be its best chance of being any different.

The new Speaker of the House of Representatives, Queensland Labor MP Milton Dick, made the usual show of being dragged to the chair, for fear of being summarily beheaded by our head of state.

He undertook to oversee changes recommended by the Jenkins Review of Parliament’s culture prompted by the scandals and alleged sexual impropriety that so marred the previous parliament.

“One of the most pressing matters before this Parliament is making sure this place and building is a safe workplace and every person who works here feels and is safe,” he said.

Labor plans to introduce 18 bills to the House of Representatives this week, the PM said.

The government will open the batting with some early runs from a bill extending leave rights to victims of domestic violence.

Attention will continue to centre on a battle of the government’s own choosing in the Climate Change Bill.

Much of the outcome seems to now depend on a Greens party room that has recently taken onboard a swag of new MPs.

But among the many lines Greens leader Adam Bandt trotted out on Tuesday was one referring to the draft law’s technical shortcuts as “fixable”.

Mr Albanese’s authority will be harmed by any defeat even if the government can still get its targets up, and struggles with a significantly emboldened Senate crossbench would likely frame the government.

Besides the Greens, another piece of legislation for repealing the Building and Construction Commission could also be stymied in the Senate where it meets opposition from David Pocock.

Another measure, the response to the neglect uncovered by the Royal Commission into Aged Care, will become difficult only after its passage.

The policy came under heavy campaign scrutiny and questions were raised about how Labor could find enough nurses to make good its promise to fix a national obscenity.

And on Thursday Treasurer Jim Chalmers will provide an economic update after an expected jolting update on inflation.

This will lead to the immediate scaling back of government programs, but a dire outlook and resurgence of cost-of-living concerns could cast a pall over the rest for much longer.