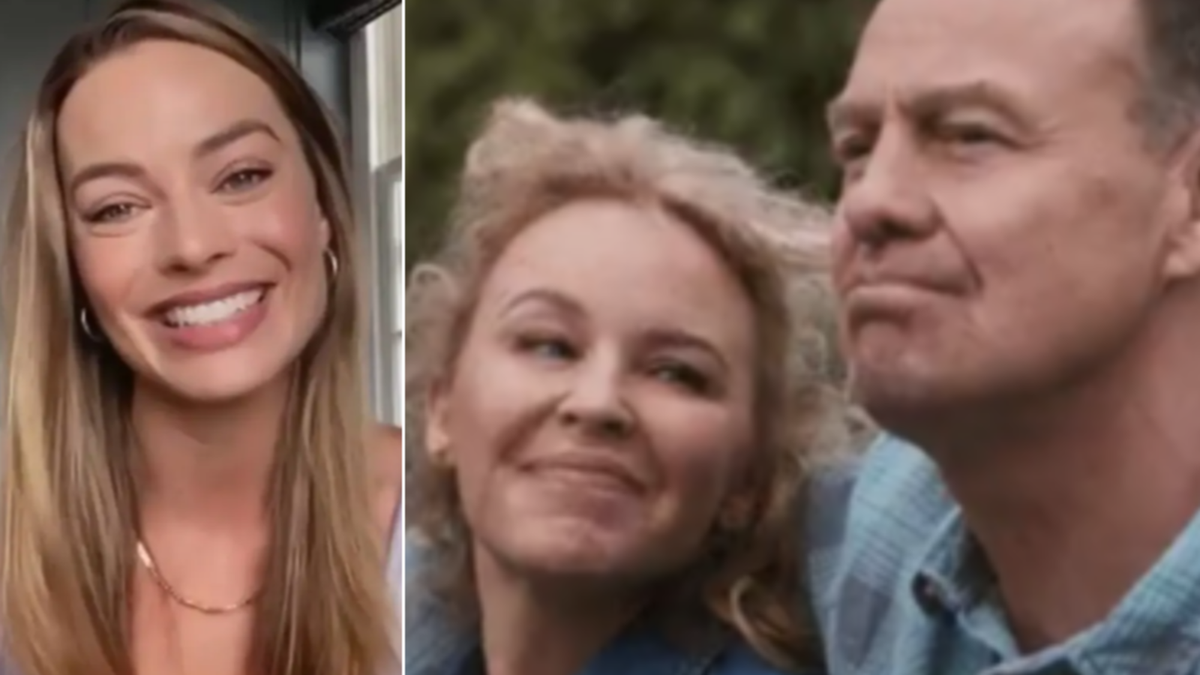 Landmark Australian soapie Neighbours came to a close on Thursday after 37 years on TV, with fans flocking to social media to say goodbye and share their thoughts on the show’s finale.

It was a veritable roll-call of famous faces from the show over the years, with Kylie Minogue, Jason Donovan, Margot Robbie, Guy Pearce and many others who finessed their acting chops on the show making an appearance, to the delight of viewers.

WATCH THE VIDEO ABOVE: Neighbours star explains his changed appearance

For more TV related news and videos check out TV >>

The finale centred around a gathering of the Ramsay Street Tribes for Mel and Toadie’s wedding, making it massive trip down memory lane.

Some were looking out for Kylie and Jason, oops, I mean Scott and Charlene, whose arrival on Ramsay Street was soundtracked by their 1988 hit Especially For You.

Kylie only said three words in this scene – “home sweet home” – but fans went wild, because they arrived in the same Mini Cooper they left the show in way back when.

Pretty much the only cast member not to make an appearance was beloved dog Bouncer.

That became a Twitter thread in its own right, as did the question of whether Kylie said virtually nothing because her accent is too English these days.

She only spoke two other words all episode: “Jane” and “Harold.”

That prompted some to speculate that she might have been paid by the word – and was charging a lot for each one.

“I think Kylie was actually a DeepFake,” one viewer suggested.

Margot Robbie and Delta Goodrem made their appearance via a Zoom call in which their characters wish Toadie a happy wedding day and try to convince him not to leave Ramsay Street.

“Have an amazing wedding day, Toadie, I love you so much,” said Robbie, aka Donna Freedman.

One Twitter user summed up the finale’s plot succinctly.

“So, to summarise, the Neighbours finale: everyone was leaving Ramsay Street and now everyone’s staying?”

But did anyone really care about the specifics of plot?

“Is it the COVID, or am I just a massive sook?”

Only one question remained: Where was the dramatic ending-to-end-all-endings?

“Where is the bomb? The kidnapper?” one viewer complained.

“CGI takes the cake,” another mused as the episode came to its end.

“Although I was expecting an explosion, not confetti!”

“Blowing the budget with some CGI on the confetti is the reason they couldn’t afford to give Kylie any lines,” one Twitter user joked.

Others didn’t care – they were just gutted to be witnessing the end of an era.

“I got to see all of the favs one last time, I’m sobbing over some of the returns. It paid tribute to every era,” one fan wrote.

Another simply said: “Chookas for the future, and thanks for the memories.”