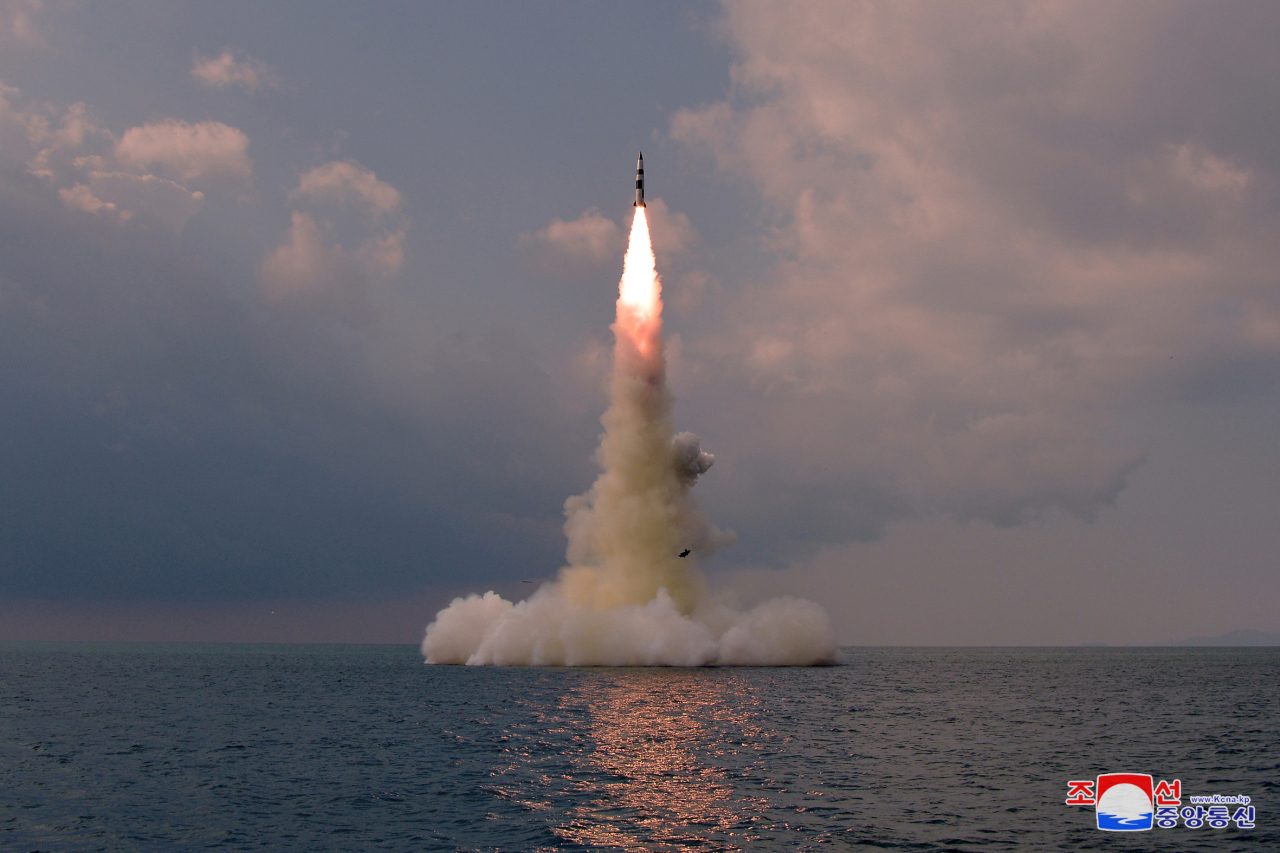 The Joint Chiefs of Staff (JCS) said it detected the launch in waters off the North’s eastern coastal city of Sinpo at 2:07 p.m.

Other details were not immediately known.

The latest launch marks the North‘s 15th show of force this year. It came just three days after the reclusive regime test-fired what was thought to be an intercontinental ballistic missile (ICBM).

“The intelligence authorities of South Korea and the United States are conducting a detailed analysis for additional information,” the JCS said in a text message sent to reporters.

“Preparing against the possibility of an additional launch, our military, in close cooperation with the U.S., is keeping close tabs on related movements and maintaining a readiness posture,” it added.

The allies have been carefully watching the North’s quest to acquire an operational SLBM seen as a formidable asset capable of launching surprise retaliatory nuclear attacks.

During a military parade last month, the North showcased a set of SLBMs, including a “mini-SLBM” that it claimed to have successfully test-fired from a submarine in October last year.

The SLBM is a bedrock asset for nuclear retaliation as a submarine carrying it can operate undetected, launch counterstrikes and thus allow a country to survive an enemy‘s preemptive attack.

At the parade, North Korean leader Kim Jong-un hinted his country could use nuclear arms in case of encroachment on its “fundamental rights,” raising speculation he is shifting to a more aggressive doctrine for nuclear use.

Concerns have persisted that the North could continue to engage in provocations, such as another ICBM launch or a nuclear test, particularly around Yoon’s inauguration slated for Tuesday or his summit with U.S. President Joe Biden scheduled for May 21. (Yonhap)