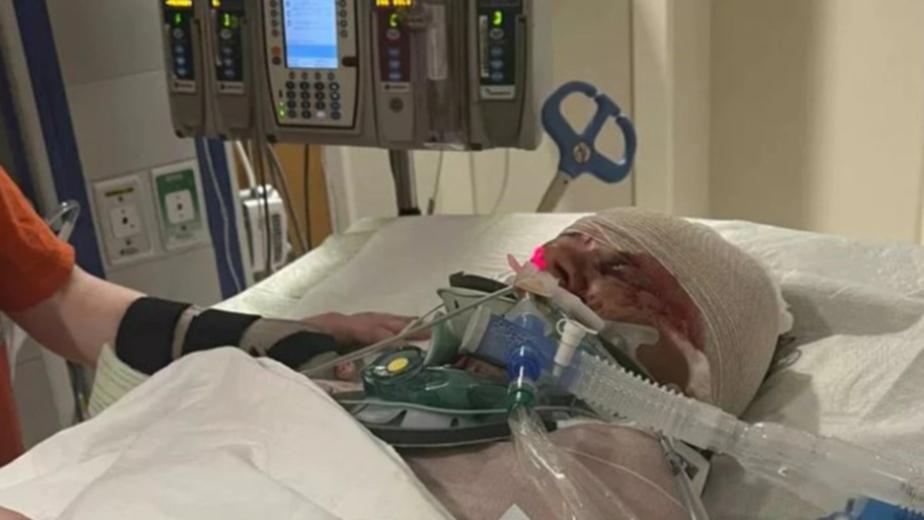 A mother-of-three has had her arms amputated after being mauled by a group of dogs while walking down the road, her family says.

Kyleen Waltman, 38, was mauled by three dogs outside a home in Honea Path, South Carolina, on Monday.

Her family said she was walking from a friend’s home to her mother’s house when the attack happened. She was seriously injured and had to be airlifted to a medical facility.

Deputies said two of the dogs were pitbulls.

She had to have both arms amputated and part of her colon removed after the attack. She may have to have her esophagus removed as well, her family said.

“When she wakes up, she’s going to wake up without arms, no way to eat,” Kyleen’s sister, Shenna Green said.

The Abbeville County Sheriff’s Office said a witness was able to scare the dogs away from the victim to stop them from mauling her further.

Green told NBC the man who found Kyleen fired a gunshot in the air.

“But by that time, they couldn’t even tell who she was,” Green said. “If it wasn’t for him, my sister wouldn’t be here.”

Emergency first responders began rendering aid to Kyleen as soon as they arrived on the scene.

Kyleen’s sister said she is a mother of three and recently became a grandmother. Family members have described her as outspoken and outgoing. They said she relies on her arms for her job.

“She just found out she’s a grandma and she can’t even hold the grandbaby,” Green said. “That’s going to be devastating.”

On Wednesday morning, the family said Kyleen was in stable condition.

The dogs have been seized by Abbeville County Animal Control. An investigation into the attack is ongoing.

Kyleen’s friend, Tanya Gilmer, is calling for someone to be held accountable for the attack.

Deputies announced Wednesday afternoon they arrested Justin Minor, the owner of the dogs, and charged him over the attack.

Minor appeared in court on Thursday and was granted a $15,000 surety bond according to Abbeville County Magistrate Court. He was released on bond Thursday afternoon.