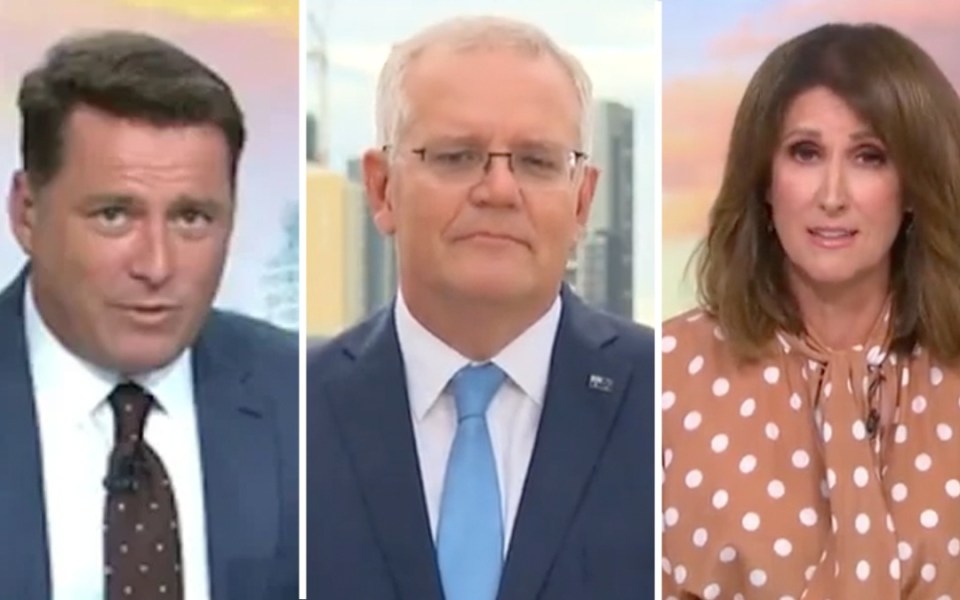 Scott Morrison has endured bruising encounters as pressure over the security deal signed between China and the Solomon Islands went into another day.

The controversial pact was a key topic as the Prime Minister engaged in a media blitz on Friday morning.

On the Nine Network, Today host Karl Stefanovic accused the Coalition of “undercooking” concerns about the growing relationship between China and Australia’s Pacific Islands neighbour.

“Solomon Islands switched allegiances to China three years ago, that’s how long this has been coming. You undercooked this big time, didn’t you? It’s embarrassing,” Stefanovic said.

Mr Morrison brushed aside the criticism, instead accusing deputy Labor leader Richard Marles of claiming Pacific nations should be free to deal with China, and again dismissed fears of a military base in the Solomons.

“I have been talking about the pressure of Chinese government in our region for a long time and taking action and I have been criticised for the Labor Party for doing it and now we read the person who would want to be deputy prime minister in the Labor government, Richard Marles, actually was advocating for the Chinese government to do exactly what they’re now doing … that it would be absurd for Australia to try and resist that,” he said.

“I find it outrageous that Labor would criticise us.”

Both Defence Minister Peter Dutton and Deputy Prime Minister Barnaby Joyce have claimed the deal with between Beijing and Honiara could lead to a military presence in the Solomons. Earlier this week, Mr Joyce warned Australia was at risk of having its “own little Cuba” off the coast.

Also on Friday, Mr Marles said Australia had been “winning the strategic contest” against China over Pacific relationships when Labor was in government.

“I would not have imagined that this government could have stuffed it up so badly that on their watch you would see this agreement being signed between China and Solomon Islands and it is definitely a watershed moment which absolutely raises the threat,” he said.

“[It] certainly raises my anxiety about Chinese military presence in the region.

“What that speaks to is a total failure of the Morrison government to make themselves the partner of choice.”

“Are you seriously sitting here saying you do not believe that China is going to put a base on the Solomon Islands?” host Natalie Barr said.

“There’s no credible information that would suggest that outcome,” Mr Morrison said.

Mr Morrison also defended the decision to send Pacific Minister Zed Seselja to Honiara after it emerged the deal had been signed, rather than Foreign Minister Marise Payne.

“They play by very different rules and I think people know what I mean when I say that,” he told Sky News.

“It’s really important that we take this incredibly seriously and always have, because the ambitions of the Chinese government, I think, are very clear.”

But Mr Dutton was again more direct on Friday.

“China conducts its business in a very different way than we do,” he told Melbourne radio 3AW.

“We don’t bribe people, the Chinese certainly do, and they’ve demonstrated that in Africa and elsewhere. People can draw their own conclusions.

“We can provide support, but we can’t win a deal at the end of the day if somebody’s relying on a corrupt payment.”