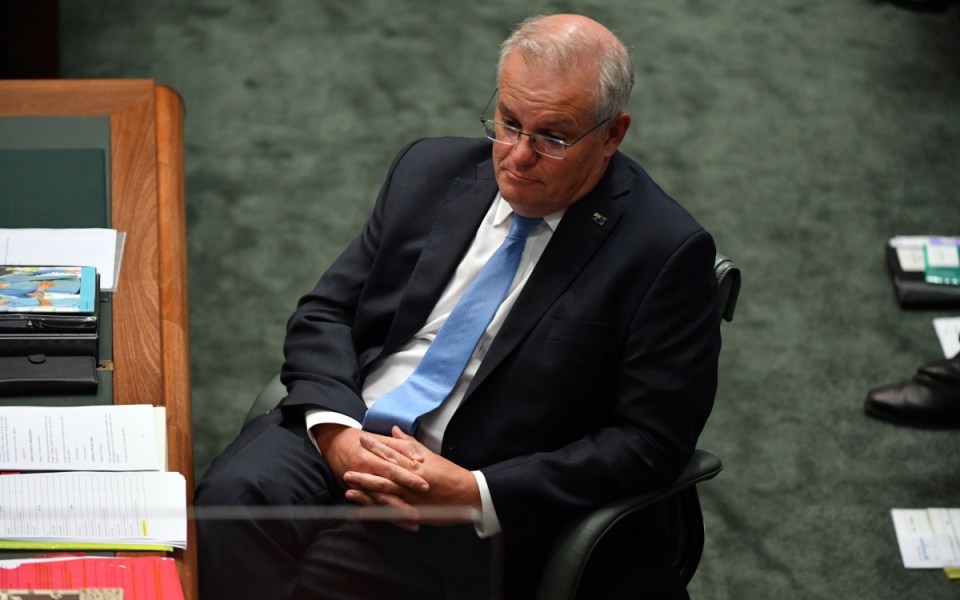 With an election campaign set to be announced within days, Prime Minister Scott Morrison finds himself fighting fresh claims about his character, including that he has an “autocratic” and “bullying” agenda and treats opponents disrespectfully.

Speculation about the timing of the imminent federal election, and discussions of this week’s budget, were overshadowed by accusations that threaten to turn the poll into a referendum on the Prime Minister’s character as much as his leadership.

Crossbenchers Zali Steggall, Rebekha Sharkie and Helen Haines were the latest to make claims as to Mr Morrison’s conduct on Thursday, saying he disrespected them during Parliament by “turning his back” or evincing obvious disinterest by using his mobile phone while his opponents address the house.

They follow damning claims by outgoing Liberal Senator Concetta Fierravanti-Wells on Tuesday night when she branded her party leader an “autocrat” who used his faith for marketing advantage.

Ms Steggall made her claims on Thursday, pointing to Mr Morrison’s conduct during parliamentary debate of the Religious Discrimination Bill.

“I would argue the one example of autocratic and, I would say, bullying agenda was a debate we had around the religious discrimination bill, where the government insisted that the Parliament sit until 5am from the previous day to attempt to pass a … bill that was very difficult and … an at-times emotional debate,” she said.

The independent Warringah MP added that Mr Morrison showed disrespect when he turned his back on those in the opposition or the crossbench during question time.

“I can’t ignore the number of allegations by people that have worked closely with the Prime Minister,” she said.

“It does cause me grave concern (about) the level of mistrust and the doubts in relation to the Prime Minister’s moral compass.”

Ms Sharkie added that she found it galling when political leaders looked at their phones while sitting at the House of Representatives dispatch box.

“I note that I’ve sat on two parliaments now and this behaviour seems to be particularly obvious in this Parliament,” she said.

But the harshest criticism this week came from within Mr Morrison’s own party, when Senator Fierravanti-Wells unloaded in her budget night speech.

“He is adept at running with the foxes and hunting with the hounds, lacking a moral compass and having no conscience,” she told the Senate.

“In my public life, I have met ruthless people. Morrison tops the list followed closely by [Immigration Minister Alex] Hawke. Morrison is not fit to be Prime Minister, and Hawke is certainly not fit to be a minister.”

Senator Fierravanti-Wells was placed in an unwinnable third spot on the NSW Liberal Senate ticket for the federal election, but she rejected claims from her party rivals that her speech was driven by bitterness at losing her seat.

Senator Hanson voiced her anger the next day, saying he had also been a victim.

“He is a bully and I back the Senator (Fierravanti-Wells) up completely with that. He is a bully because I have experienced it myself,” she said.

Mr Morrison has increasingly had his conduct and demeanour questioned this year.

Tasmanian Liberal MP Bridget Archer also revealed she was ushered into a “frank” meeting with Mr Morrison after she crossed the floor to support an integrity commission bill, despite the PM insisting the discussion was “friendly”.

In 2018, former Liberal MP Julia Banks alleged she experienced intimidation and bullying while in the party.

Mr Morrison was forced to defend his reputation this week, describing this week’s allegations about his behaviour as “completely without foundation” and fuelled by disappointed politicians.

“You make decisions which people disagree with, and they’re disappointed when you do that,” he told 6PR radio on Thursday.

“If you can’t have the mettle to do that as a Prime Minister, then you can’t do the job.

“There are things you have to do in the national interest, which won’t (be met) with agreement from everybody … that’s the cost of leadership.”

Former Liberal Prime Minister John Howard defended Mr Morrison’s reputation, telling the Sydney Morning Herald and The Age that the current PM may be “forceful” but he was not a bully.

Coalition MPs have also backed their leader and taken aim at the motives behind the accusations.

“Certainly I can say that I’ve never experienced bullying within the party, certainly not from this prime minister,” Women’s Economic Security Minister Jane Hume said.

“I can understand why people in other parties or other parts of the Parliament might want to level allegations that would damage the government.

“They don’t want this government. That’s fine. But I’ve never seen bullying within my party, within my Parliament.”

“These are his own people, the people who know him best, who have worked closest to him that are actually saying it,” she told Sky News.