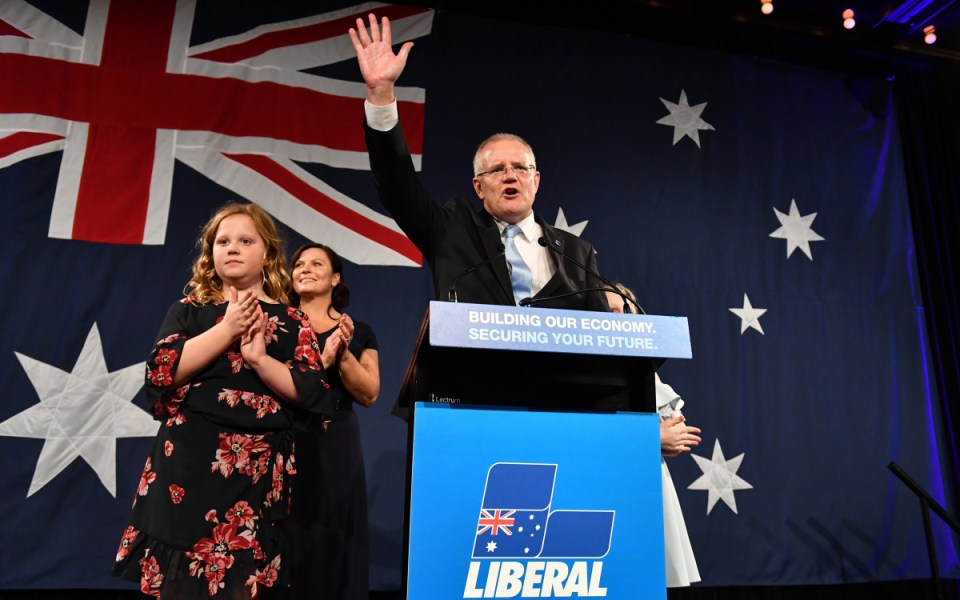 The expectations of Scott Morrison and his Treasurer Josh Frydenberg repeating their Houdini-like escape from the political pickle they are in with Tuesday’s budget are low.

The template was the 2019 budget, similarly moved forward to set up  a run to the election a couple of weeks later on the back of a bald claim that the Australian government was “back in black” and there were surpluses as far as the eye could see – certainly in every year of the forward estimates including this year.

It went a long way to convince voters sceptical of the Shorten Labor agenda to stick with the new daggy dad leading a united Coalition government at last.

Of course, the unforeseen pandemic hit this palaver, always overly optimistic, for six.

If nothing else it is a reminder that when it comes to budgets they are not Holy Writ set in stone but best guesstimates worked up by Treasury and massaged by their political masters.

Tonight’s effort will be no different, but this year the salespeople do not come to the task with clean hands or an untarnished reputation.

The ‘Scotty from Marketing’ moniker has stuck and even on Monday the Prime Minister was doing his level best to demonstrate why.

He was attacking Labor for being wasteful and not knowing when to stop spending when analysis of what he has announced in just the past four months is up around $70 billion, with more to come tonight – all of it borrowed.

And with $15 billion-a-year, stage-three tax cuts hugely benefitting higher-income earners, already legislated and due next term, there will never be enough revenue to cover it all without draconian cuts or tax rises after the election.

Neither side is talking about that.

Morrison attacks Anthony Albanese for wanting to spend $6 billion to encourage Australians to be vaccinated.

That proposal was before the second wave led to state-wide lockdowns again smashing businesses and ramming home vaccination as the only escape route.

The Prime Minister doesn’t mention the $20 billion in JobKeeper payments given to businesses who weren’t eligible for it, and though he was the original architect of Robodebt he refused to recoup any of it.

It is the biggest waste of taxpayers’ money in any program since Federation.

By comparison, Labor’s so-called schools hall program in the global financial crisis cost $16.2 billion all up, with an audit finding only 2 per cent of it not efficiently spent.

Its legacy: A long-overdue upgrade of school facilities around the nation.

All of this is academic to the millions of Australians struggling with a rampant surge in the cost of living and that’s despite the fact the budget will have the unemployment rate with a three in front of it.

But as Labor is emphasising, those in work are struggling with falling real wages which has been a feature of the jobs market for years no matter how good the big picture looks.

The irony is much of the budget’s rosier numbers are due almost entirely to phenomenally high commodity prices being paid by our biggest customer, China.

In case you hadn’t noticed, Morrison and his ministers are portraying the Asian giant as our enemy rather than our economic saviour.

Morrison says the budget is “about addressing the cost-of-living pressures being faced by Australian families”.

He has done nothing to scotch the speculation – which after all is being fed by the government – that there will be a cut to the petrol excise tax and there will be one-off payments to pensioners and others.

His problem is Labor will not stand in the way of any of this, although the shadow treasurer Jim Chalmers wants “responsible cost-of-living relief”.

Maybe he is referring to concerns that overly generous relief could fuel inflation, trigger interest rate rises and make the problem worse.

But the battle lines are being drawn.

Chalmers says “nothing that the Treasurer announces will make up for a decade now on attacks on take-home pay and job security”.

Labor says should it win the election it will bring down its own budget later in the year, which exposes tonight’s exercise for what it is: A calculated and cynical vote-buying exercise.

Anthony Albanese is quick to assure that any cuts his government would make will be in areas of waste where the Morrison Coalition has made political decisions in its own interests and those of its donors.

The Labor leader nominates billions on outsourcing and rorts. The millions wasted on sham carbon projects would be a good start.

So, the question is, will Morrison’s failures in pandemic management, bushfire and flood responses, his poor standing with women voters and those concerned about climate change inaction be waived for a handful of dollars?

It’s a choice Labor will relieve voters of having to make – they can keep Morrison’s “bribes” and still put Albanese in the Lodge.

Paul Bongiorno AM is a veteran of the Canberra Press Gallery, with 40 years’ experience covering Australian politics