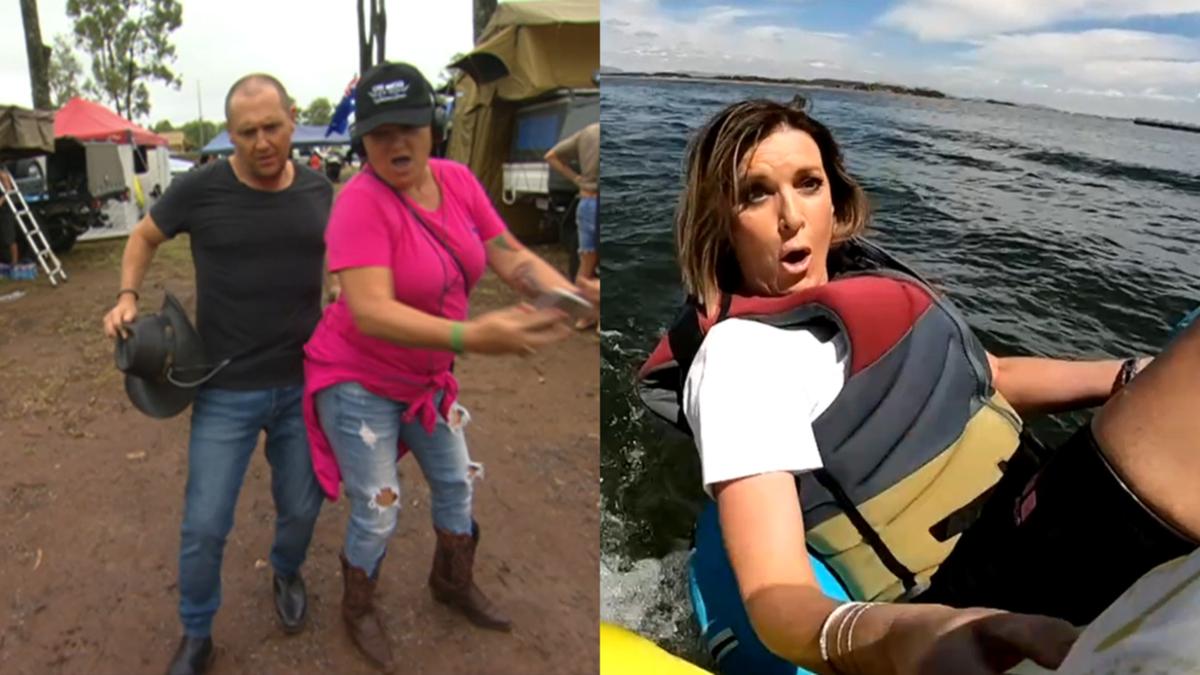 With the number of overseas visitors to Australia dropping dramatically in the wake of the pandemic, The Morning Show hosts Kylie Gillies and Larry Emdur decided they wanted to help out – so they made their own commercial.

Inspired by previous campaigns featuring Paul Hogan and Lara Bingle, the pair have created a commercial that highlights Australia’s natural beauty and wildlife, even when those elements sometimes work against them.

The commercial features some of Australia’s most popular animals, including an adorable dingo pup who happens to pee on their couch, and a frog that leaps at Kylie’s face, causing her to yell out in terror.

Emdur and Gillies’ commercial also highlights Australia’s great outdoors, with clips of the pair fishing and kayaking before they’re both accidentally dumped in the water, resulting in some extreme language from them both.

Larry was forced to pause the commercial several times during its first airing as he tried to encourage Kylie to spruik what he felt was the perfect slogan for their campaign.

After reneging several times she eventually agreed (thanks to a bribe from Larry) to shout out a slogan inspired by Larry’s time on The Price Is Right: “Australia, Come On Down!”

We think it can work, what do you think?