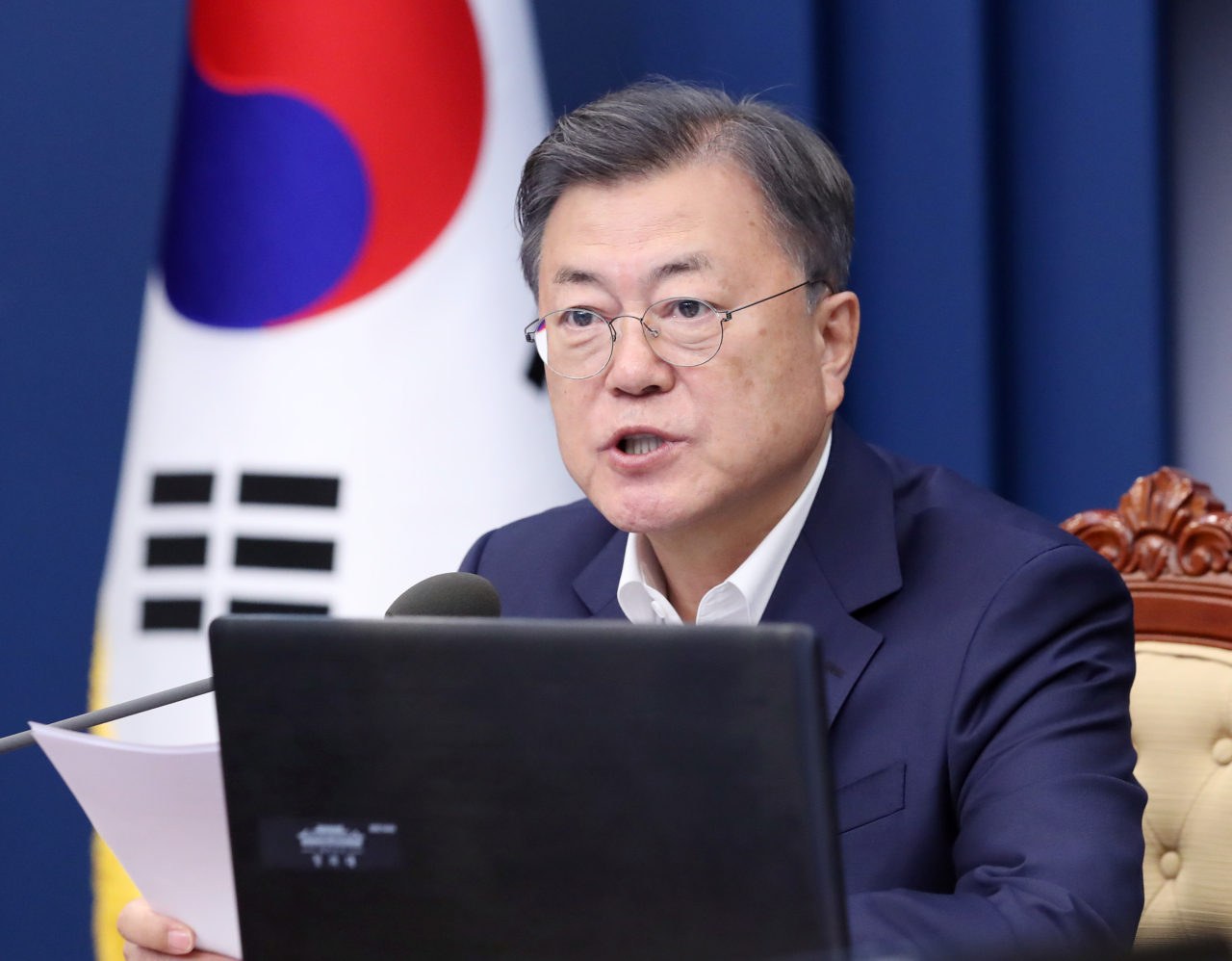 President Moon Jae-in on Saturday reiterated his call for continued efforts to find the truth behind the tragic Sewol ferry sinking in 2014.

“There are still matters in which the causes have not yet been revealed,” Moon wrote on his social media accounts on the occasion of the eighth anniversary of the incident that killed 304 people.

Moon added that revealing the truth behind Sewol without exception is needed to build foundations for the country’s safety.

The ferry sank off the southwestern coast of the peninsula on April 16, 2014. Many of those killed were high school students on a field trip.

A controversy ensued over the then Park Geun-hye administration’s handling of the incident, especially the rescue and search operations. Earlier probes found evidence of negligence by the Coast Guard, the ship’s captain and its crew.

“I believe making South Korea safer is the most sincere way to express condolences to the victims (of the Sewol sinking),” Yoon wrote in a Facebook post. (Yonhap)